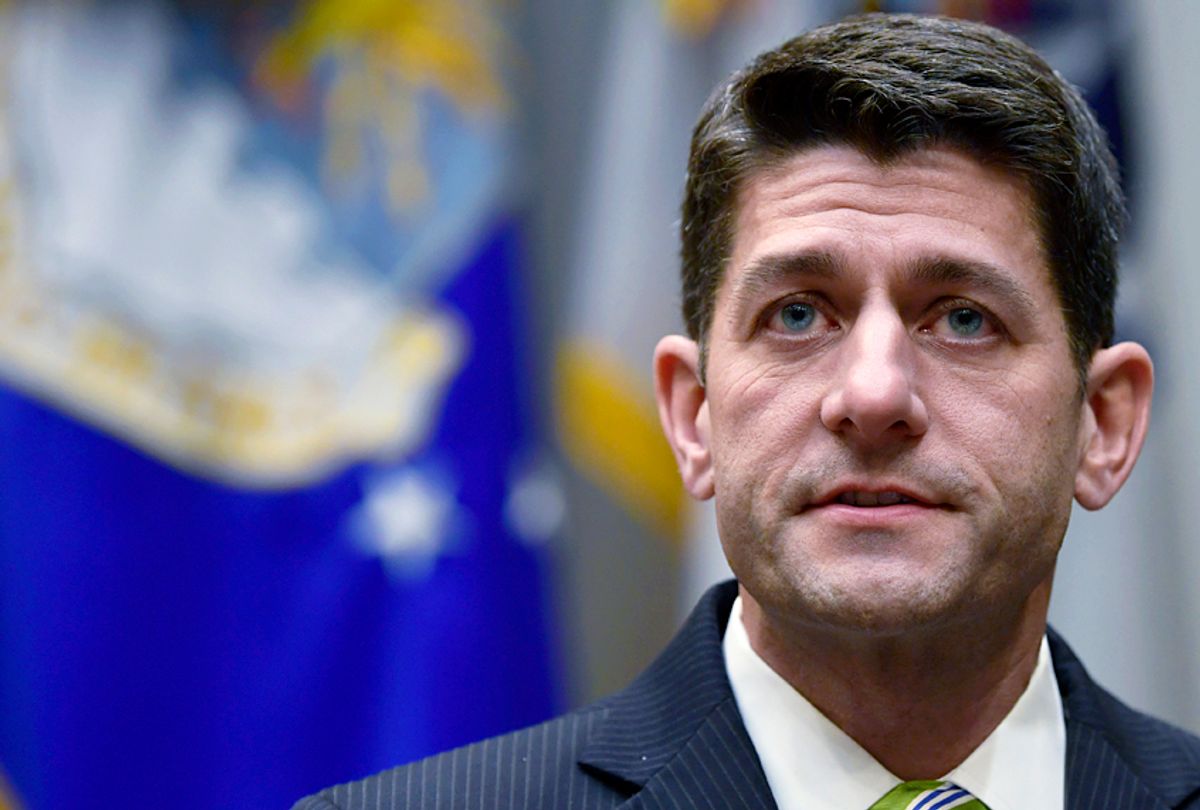 President Donald Trump's new protectionist trade policies are arousing concern among members of the one group that he used to be able to count on for support — his own Republican Party.

House Speaker Paul Ryan echoed those concerns in his own public statement on Monday.

"We are extremely worried about the consequences of a trade war and are urging the White House to not advance with this plan," Ryan said. "The new tax reform law has boosted the economy and we certainly don't want to jeopardize those gains."

During a White House meeting with Israeli Prime Minister Benjamin Netanyahu, Trump dismissed Ryan's concerns and insisted that he would press ahead with his protectionist trade agenda.

"No we're not backing down. Mexico is — We've had a very bad deal with Mexico, very bad deal with Canada. It's called NAFTA," Trump told a reporter who asked about the possibility of a trade war. "Our factories have left our country. Our jobs have left our country. For many years, NAFTA has been a disaster. We are renegotiating NAFTA, as I said I would. And if we don't make a deal I'll terminate NAFTA."

He also said that "tariffs on steel" would be one of the points he'd consider negotiating on NAFTA. This was consistent with a report earlier today that Trump had told Mexico and Canada that they could be spared his planned 25 percent tariff on steel imports and 10 percent tariff on aluminum imports if they become more conciliatory regarding NAFTA, according to Reuters.