After Parkland, has the paralysis on gun politics actually been broken?

Republicans will rely on their usual playbook: Say and do nothing and hope the issue goes away. That might not work 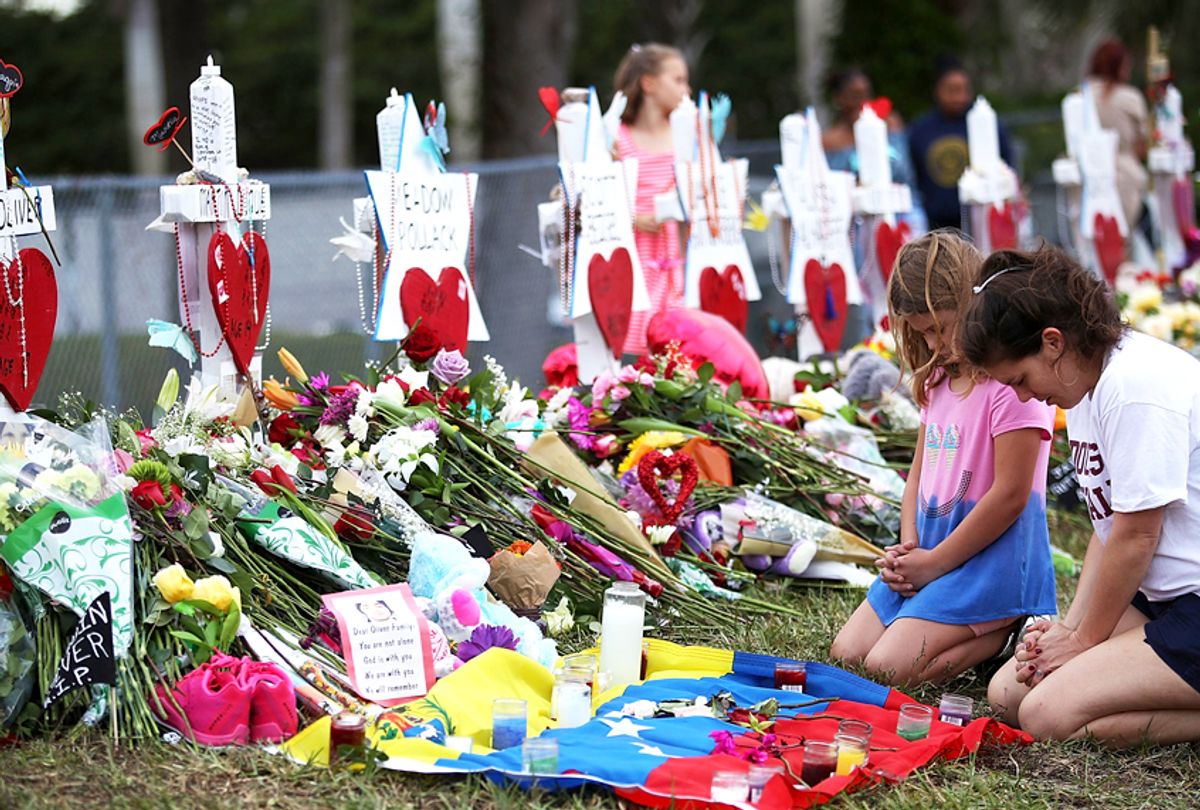 Are the politics of the post-Parkland era falling into an all too familiar pattern, shaping up despite all the grief and outrage to favor Republicans opposed to increased gun safety measures?

It’s been more than 20 years since the passage of the 1994 federal assault weapons ban, and with Republicans in control of both houses of Congress and the presidency, the prospects of even minimal gun safety restrictions passing after the Florida school shooting seem minimal. As I wrote last month, the usual outcome after such massacres is for nothing to happen, largely because gun-rights activists are far more passionate on the issue than the majority of people who favor modest reforms such as bans on high-capacity magazines and "bump stocks," background checks on all firearm sales or the construction of a national database to track gun purchases.

While most Americans and even most Republicans agree that America needs tighter gun laws, their position on the issue is not as important to them as it is to the hardcore firearms enthusiasts who give big to the NRA and to politicians who agree with them, and who show up at the polls in disproportionate numbers each election. Their influence is increased even further by the fact that rural America — which is much more pro-gun than the suburbs or cities — is overrepresented in Congress, thanks both to America’s federalist system and widespread GOP gerrymandering.

This is a pattern that keeps repeating itself. Most Americans disagree with standard-issue conservative positions on a wide range of political issues, but those viewpoints are rarely reflected by elected officials in Washington. Republican policies on gun safety aren’t the only issue where the party's leadership is in the minority. Most Americans didn’t approve of the GOP’s repeated efforts to dismantle Obamacare. The tax cut bill that became law in December passed with a 37 percent approval rating. Most Americans also want Congress to grant citizenship to undocumented immigrants who were temporarily protected under the DACA executive order of former president Barack Obama, but that hasn’t happened either.

In the aftermath of Parkland, however, it's just possible that the politics of gun regulation might be changing.

Unlike before, the momentum among gun-control advocates does not appear to be dissipating. Much of this stems from the activism of Stoneman Douglas High School students, who took to the internet during the shooting asking adults to protect kids and have not stopped their demands since then. Later this month, on March 24, the students are organizing a “March for Our Lives” rally in Washington and other cities to promote their cause.

In preparation for their march, Douglas students are demanding meetings with President Donald Trump, Florida Gov. Rick Scott, and Sen. Marco Rubio of Florida, all Republicans, to get them to explain publicly whether they will support more gun safety regulations or refuse to. Surviving student Emma González laid out the potential repercussions for politicians who won’t support firearms regulations in a video announcing the gatherings:

“If they don’t turn around right now and state their open support for this movement, they are going to be left behind,” she said. “You are either with us or against us.”

Organizers hope to have at least 500,000 participants in Washington. If they reach that admittedly optimistic goal, it will be one of the largest protests in the nation's capital in history.

Gun safety advocates are also looking to organize kids at schools across the country into “student summits” to promote awareness of legislative proposals on the issue in different states.

“A big part of our political program is going to be lifting these voices up and making sure voters are hearing directly from students who are literally protesting for their own lives," Peter Ambler, the executive director of Giffords, the pro-gun control group founded by former Rep. Gabby Giffords, told the Associated Press. "Our responsibility as an organization dedicated to safer gun laws is to take this extraordinary amount of grassroots enthusiasm you see around the country, this outrage and anger in the aftermath of the Parkland shooting, and channel it toward 2018.”

Republicans in Congress are still refusing to get behind any major gun regulations thus far, but Democrats are working to unify their efforts. The opposition party has decided to pull together in support of one highly popular reform -- mandatory background checks on private gun sales -- instead of demanding for a larger package of measures all at once.

“It’s easy to be cynical, with all the times that nothing has been done on the issue,” Rep. John Sarbanes, D-Md., told Salon. “But the activism of the students is something that is really different this time.”

Gun safety advocates may also be helped by the fact that Democratic voters are much more energized than in years past, largely in united opposition to Trump. Last year, Virginia gubernatorial candidate Ralph Northam heavily emphasized his calls for stronger state regulations on firearms. In previous years, those views could have sunk his candidacy in a historically very pro-gun state, but instead Northam beat Republican Ed Gillespie by an unexpectedly large margin.

Unlike in years past, the Northam race did not feature higher-than-normal intensity from gun-rights advocates, according to a poll commissioned by Everytown for Gun Safety. In the survey, people who said guns were their top priority evenly split between voting for Northam and voting for Gillespie.

Whether gun safety proponents can sustain their momentum going into November remains an open question. Republicans in Congress are already talking about following their regular playbook on guns by saying or doing as little as possible until public fervor subsides. They may be able to forestall the issue for now, but if Democrats have the big electoral sweep they hope for in November, the GOP may find that strategy just won’t work anymore.