Behind Sam Nunberg's meltdown — it all goes back to Roger Stone

Roger Stone's protégé had an epic TV meltdown Monday, maybe because his former boss is in Mueller's crosshairs 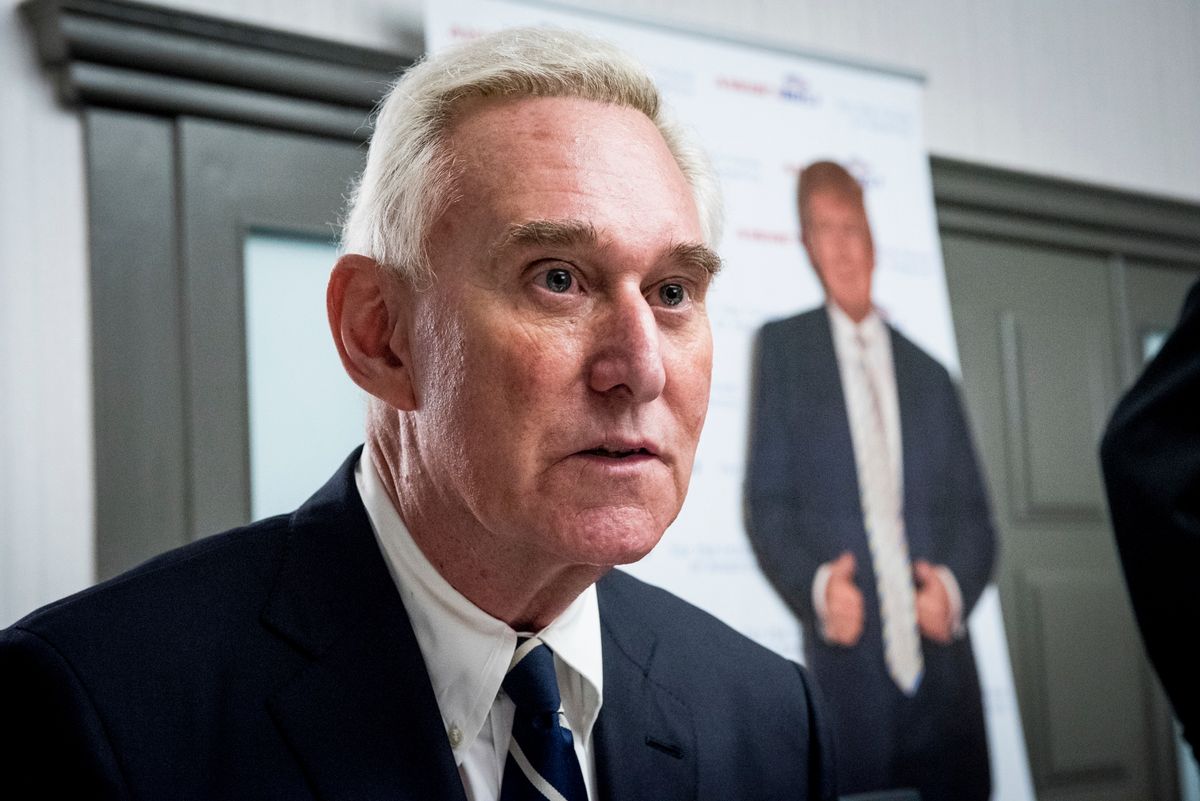 Roger Stone has been the nation's most famous active dirty trickster for more than 40 years. From Richard Nixon's original operation to the "Brooks Brothers riot" during the Florida recount of 2000 to threatening the father of New York's then-Gov. Eliot Spitzer, Stone has honed his "ratf**king" craft to a fine art.

Much like his old pal Donald Trump, Stone has always operated on the legal and ethical fringe while craving the spotlight, which is a dangerous way to live. They are both in their own ways flamboyant thrill-seekers, always dancing on the edge of disaster. So when I first heard that Stone was involved with Donald Trump's presidential campaign it was anything but surprising. It was even less surprising when Trump allegedly fired him early on. Stone does his best work outside the normal political boundaries.

Stone also has connections to Trump's former campaign manager Paul Manafort, who has recently been indicted on multiple charges in Robert Mueller's investigation. The two men were partners in a high-level Republican lobbying firm that included the notorious strategist Lee Atwater, back in the 1980s.

It's pretty clear that Stone is implicated in some aspects of the Russia scandal, and it probably has to do with the hacking. He's been playing fast and loose with his connections to WikiLeaks and the hacker who called himself Guccifer 2.0, as well as ill-advised Twitter previews of hacked materials before they were released.

Stone had also worked with Trump on his earlier aborted presidential runs in 2000 and 2012. By 2014, he'd been working with Trump for some time, preparing for what both men saw as his big chance. By then Stone had brought in a helper named Sam Nunberg to school the candidate on the the issues the GOP base cared about. According to journalist Gabriel Sherman, Nunberg taught Trump a lot:

“I listened to thousands of hours of talk radio, and he was getting reports from me,” Nunberg recalled. What those reports said was that the GOP base was frothing over a handful of issues including immigration, Obamacare, and Common Core. While Jeb Bush talked about crossing the border as an “act of love,” Trump was thinking about how high to build his wall. “We either have borders or we don’t,” Trump told the faithful who flocked to the annual CPAC conference in 2014.

Trump fired Nunberg that year for setting up an interview that didn't go well and then hired him back in 2015. He fired him again over some racist Facebook posts and later sued him for $10 million for violating a non-disclosure agreement. (That case was settled "amicably.") Nunberg is yet another example of the top notch talent Trump always seems to attract.

On Monday, Nunberg had a meltdown on national TV. It was uncomfortable to watch. The story, in a nutshell, is that he received a subpoena from Mueller's grand jury asking for all of his correspondence dating back to November 2015 with a number of the people involved in the Trump campaign, including Roger Stone, Steve Bannon and Trump himself.

On Sunday night, Nunberg shared the contents of the subpoena with Axios and NBC, and then, on Monday, he started calling up reporters to proclaim that he would refuse to cooperate with the grand jury. This was odd, since Nunberg had appeared on Ari Melber's MSNBC show last week with nothing but praise for the professionalism of Mueller's investigation, after having been called in for an initial interview.

According to the Daily Beast, Nunberg's friends were worried about him:

Starting Monday morning, Nunberg began calling several close associates that he was flatly refusing, at this time, to cooperate with Mueller’s investigation into alleged Russian meddling in the 2016 presidential election. Three Nunberg friends said they walked away from those conversations fearful that he was “drinking again” and was about to embark on a personal tailspin. They didn’t know it would play out on daytime TV.

He sounded agitated on the phone while speaking with Katy Tur of MSNBC and Jake Tapper of CNN. He told Tur: "I think he [Trump] may have done something during the election. But I don't know that for sure." He told Tapper, "I believe Carter Page was colluding with the Russians" and said he believed Trump knew about his son's infamous June 2016 meeting with Russians before it happened: “He was talking about it a week before. ... I don't know why he went around trying to hide it."

Nunberg also spoke with The New York Times' Maggie Haberman, The Washington Post's Josh Dawsey and NY1's Josh Robin (to whom he described Sarah Huckabee Sanders as a "fat slob"). Then he appeared in person for two incredibly bizarre interviews, one with Melber on MSNBC and immediately after that with Erin Burnett on CNN. He was waving around his subpoena on the air, insisting it would be "funny" if Mueller tried to put him in jail and complaining about having to turn over emails with people he claimed he didn't know.

By 8 p.m. Monday evening, Nunberg was back to telling various reporters that he would probably cooperate with the subpoena after all.

What was this all about? Who knows. He appeared red in the face, and Erin Burnett said she smelled alcohol on his breath. Perhaps getting a subpoena was just too much for him and he couldn't take the pressure. But whatever caused the meltdown, there was one thing he kept saying over and over again:

Julian Assange tweeted this on Monday:

That's Stone standing outside the Ecuadorian Embassy in London, which has been providing asylum to the WikiLeaks founder for the past five years.