Can women do "drag"? RuPaul gets a lesson in trans acceptance

"Drag Race" host sparks a backlash after controversial interview comments, and then backtracks 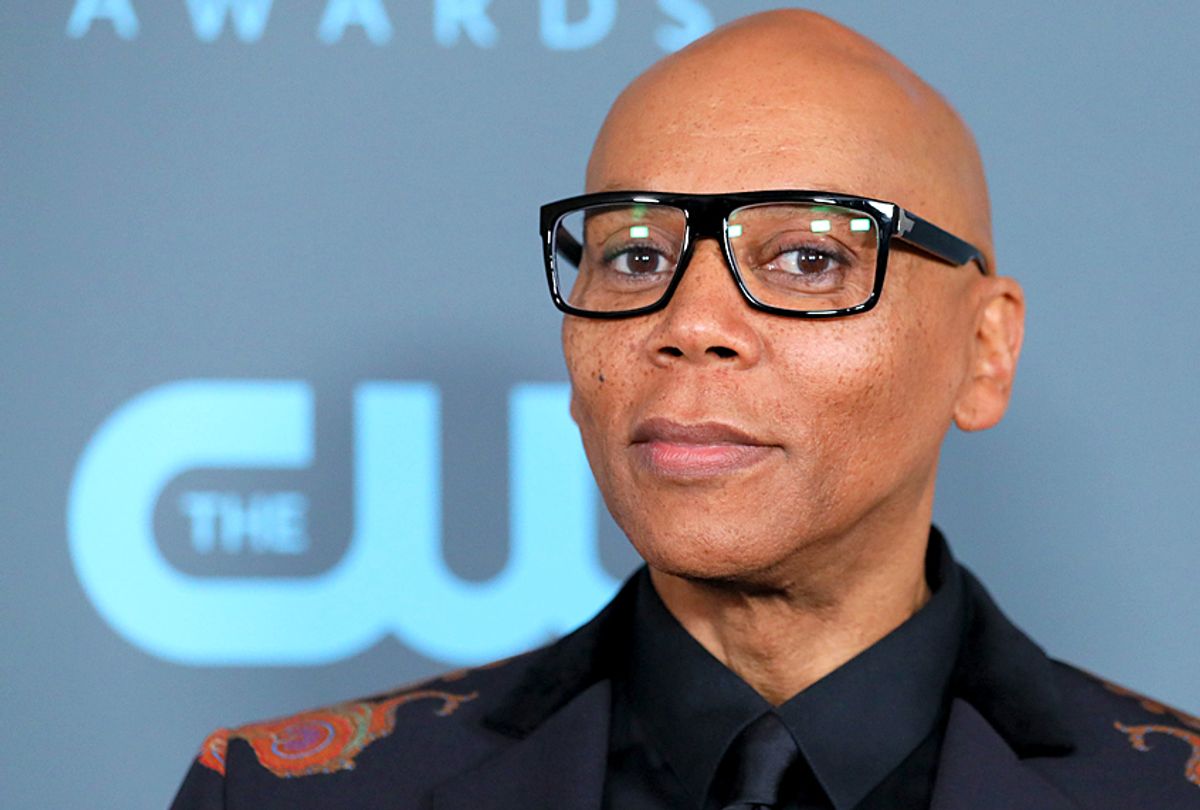 "Each of us are in drag," said RuPaul in a 2017 Salon Talks interview. "You're born naked; the rest is drag." This week, the iconic "Drag Race" host himself needed a reminder.

In a weekend conversation with the Guardian, RuPaul contemplated the significance of his breakthrough competition show on its 10th anniversary and on "the strength and humanity it takes to maintain yourself and your dreams." He also spoke, hesitantly and with less of his trademark grace, about the "dichotomy of the trans movement versus the drag movement" and of biological females who embrace the hyper-feminine trappings of drag.

"Drag loses its sense of danger and its sense of irony once it’s not men doing it," he said, "because at its core it’s a social statement and a big f-you to male-dominated culture. So for men to do it, it’s really punk rock, because it’s a real rejection of masculinity."

Last year, contestant Peppermint became the show's first trans female to compete. But in talking to the Guardian, RuPaul qualified her stint on the show by saying, "Peppermint didn’t get breast implants until after she left our show; she was identifying as a woman, but she hadn’t really transitioned." When asked point blank if he would allow a fully transitioned competitor, he mused, "Probably not. You can identify as a woman and say you’re transitioning, but it changes once you start changing your body. It takes on a different thing; it changes the whole concept of what we’re doing. We’ve had some girls who’ve had some injections in the face and maybe a little bit in the butt here and there, but they haven’t transitioned."

His comments sparked a wave of criticism, including from last season's winner Sasha Velour, who said, "My drag was born in a community full of trans women, trans men, and gender non-conforming folks doing drag. That’s the real world of drag, like it or not. I think it’s fabulous and I will fight my entire life to protect and uplift it."

On Monday, RuPaul took to Twitter to reiterate his position, stating that "You can take performance enhancing drugs and still be an athlete, just not in the Olympics." Yet speaking with Salon last year, he had said, "It's not just little boys who want to play in girls' things. It's about the identity that each one of us assigns to ourselves. And that's why it's political, and that's why it's really important."

The notion that any group encompassing large numbers of distinct individuals somehow subscribes to an identical perspective is illusory. The LGBT community's identity as exactly that — a community — has been a powerful force for positive change. But trans men and women have also long struggled for inclusion, and not just in the straight, cisgender world. Last year, trans journalists Evan Urquhart and Parker Marie Molloy addressed the issue in a Slate article, breaking down much of the "transphobic cultural conditioning" that permeates all our lives, regardless of sexual or gender orientation.

Awareness of that bias is the first step in changing it. By late on Monday, RuPaul had given his own reactions deeper thought. "Each morning I pray to set aside everything I THINK I know, so I may have an open mind and a new experience," he said on Twitter. "I understand and regret the hurt I have caused. The trans community are heroes of our shared LGBTQ movement. You are my teachers. In the 10 years we’ve been casting Drag Race, the only thing we've ever screened for is charisma uniqueness nerve and talent. And that will never change."