"It has been a crucible": Mike Flynn to sell home to fund legal defense 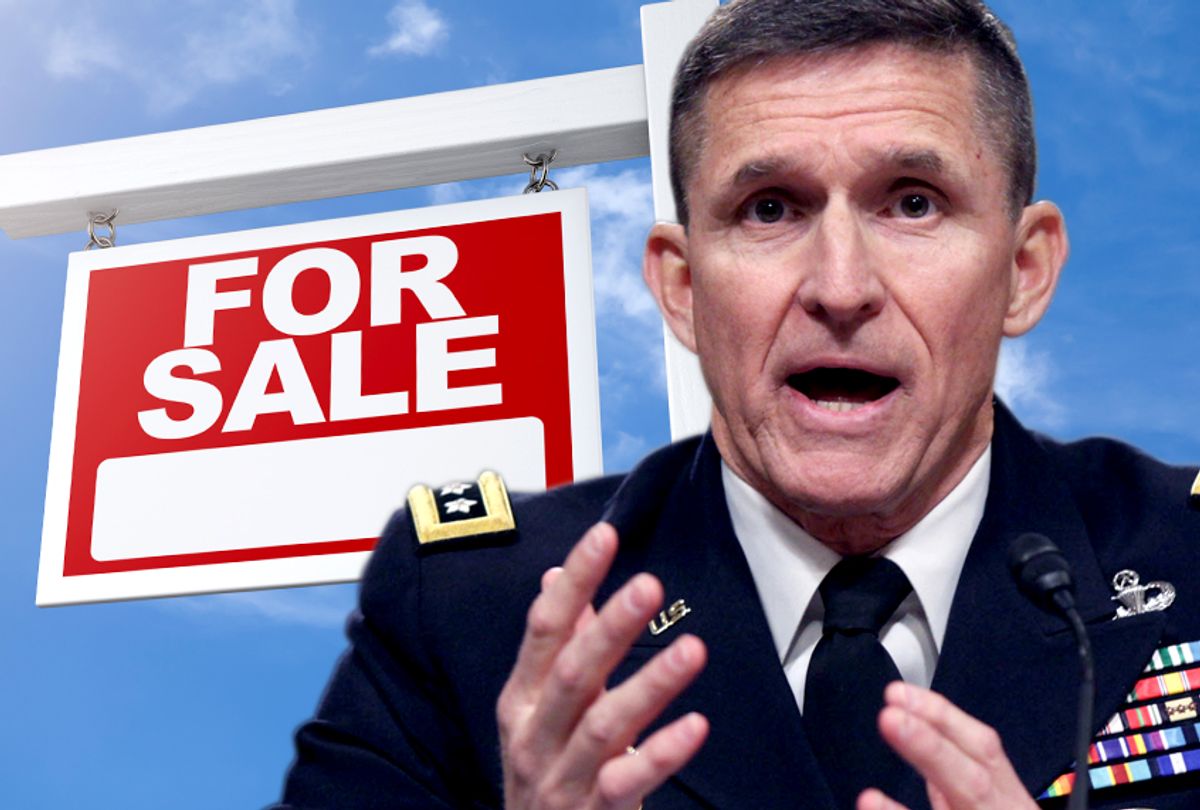 In response, Flynn is selling his Virginia house — close to Washington — with an asking price just below $900,000. He put the property, which he owned for 13 years, on the market in December in order to finance his legal defense, according to ABC News. Flynn, whose White House tenure ended after reports that he misled Vice President Mike Pence on his contacts with Russia, pleaded guilty to one felony count of lying to the FBI in December.

“I guarantee Flynn saved himself a lot of money" by making that choice, Solomon Wisenberg, who investigated former President Bill Clinton as a deputy independent counsel, said to ABC.

Flynn's family members also set up a legal defense fund for the disgraced general, which has allegedly raised thousands of donations, "none of which came from foreign nationals or from Flynn's former boss, Trump," according to ABC. Reports indicate that Flynn's legal debts could total millions in fees. "It has been a crucible, and it's not over," Flynn's youngest brother told ABC.

President Trump's 2020 re-election campaign made headlines earlier this month when its fourth quarter filing with the Federal Elections Commission revealed that funds from its bank account were largely being used to pay legal bills. Nineteen different expenses itemized as "legal consulting" fees totaled more than $1.1 million.

Chances are, that if you worked in the upper echelons of Trump's 2016 venture, you might also be feeling a hole burning in your wallet. On Monday, former Trump campaign aide Sam Nunberg bemoaned the possibility of spending "80 hours" reviewing emails with Special Counsel Robert Mueller's team and, possibly drunkenly, sought free legal advice on both CNN and MSNBC. "Do you think Robert Mueller is going to send me to prison?" he asked Erin Burnett on live TV.

Meanwhile, Mueller continues to investigate whether members of the Trump campaign colluded with Russia during the 2016 election. After accepting a strict plea deal, Flynn, whose son has also been implicated in the investigation, is expected to be a key witness in the probe.