James Comey to appear on “Late Night With Stephen Colbert” 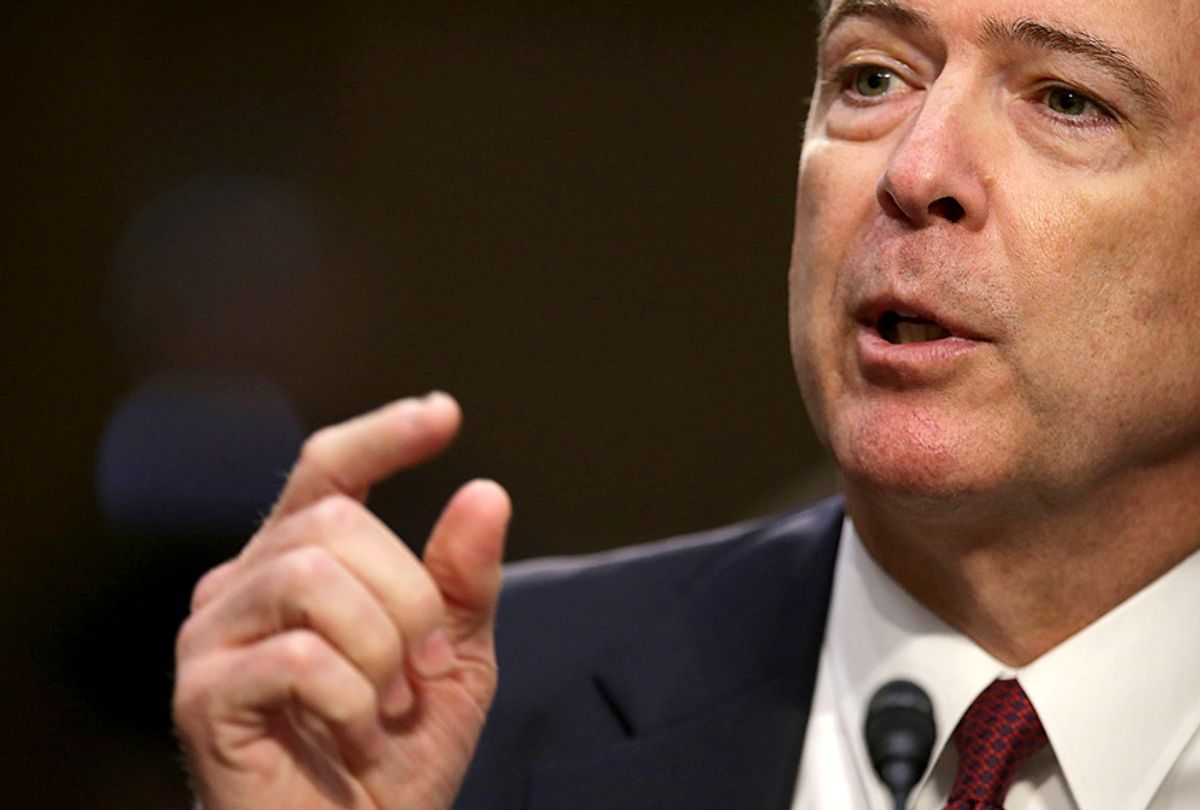 One of the Trump administration's numerous ex-employees is set to make a public appearance and — hopefully — reveal more details about his bizarre experience working under the president.

James Comey, the former FBI director who was publicly fired by Trump, is scheduled to appear on “Late Night With Stephen Colbert” on April 17 at 11:35 p.m. ET/PT. Colbert announced the news on Tuesday night — joking that he might have to get a new chair to accommodate Comey, who is six foot eight inches tall.

“I just found out April 17 my guest, sitting in that chair will be former FBI director James Comey,” Colbert said. “We’re going to have to get a bigger chair and I’m going to need a step ladder to interview the guy.”

Trump fired Comey in May 2017, claiming that he was dismissed over Comey’s handling of the investigation into Hillary Clinton's emails. However, it has been widely speculated that Comey's firing was likely due to Trump’s fury over the FBI’s investigation into allegations of Trump's collusion with Russian agents seeking to undermine democracy in the United States. Comey testified in front of the Senate Intelligence Committee in June 2017, an event that became a must-see TV event, with many people in liberal cities like Washington, D.C. taking the day off work to spectate. In his testimony, Comey alleged Trump tried to get Comey to take a loyalty oath, and also that Trump directed him to drop the FBI's case against Michael Flynn.

It is unclear what Comey will reveal in his interview with Colbert, but is likely that Comey’s appearance is timed to promote his forthcoming book, “A Higher Loyalty: Truth, Lies and Loyalty,” which will be released on April 17, 2018. The book is set to cover Comey’s decades-long career in politics. He was appointed by former President Barack Obama to serve as FBI director in 2013, and previously served as the U.S. deputy attorney general in the administration of President George W. Bush.  The book will detail some of his “never-before-told experiences from some of the highest-stakes situations,” according to its publisher.

Comey is also scheduled for an interview in an ABC special with George Stephanopoulos to discuss the forthcoming book.

Comey has been vocal on Twitter, sharing his excitement about his book.

Even if Comey doesn’t open up about his time in the White House and his strange encounters with Trump, there will likely be many “lordy” moments; indeed, Comey's fondness for the folksy phrase made him into a minor meme in 2017.