Cynthia Nixon may be best known as an Emmy Award winner, but she has long engaged in political activism 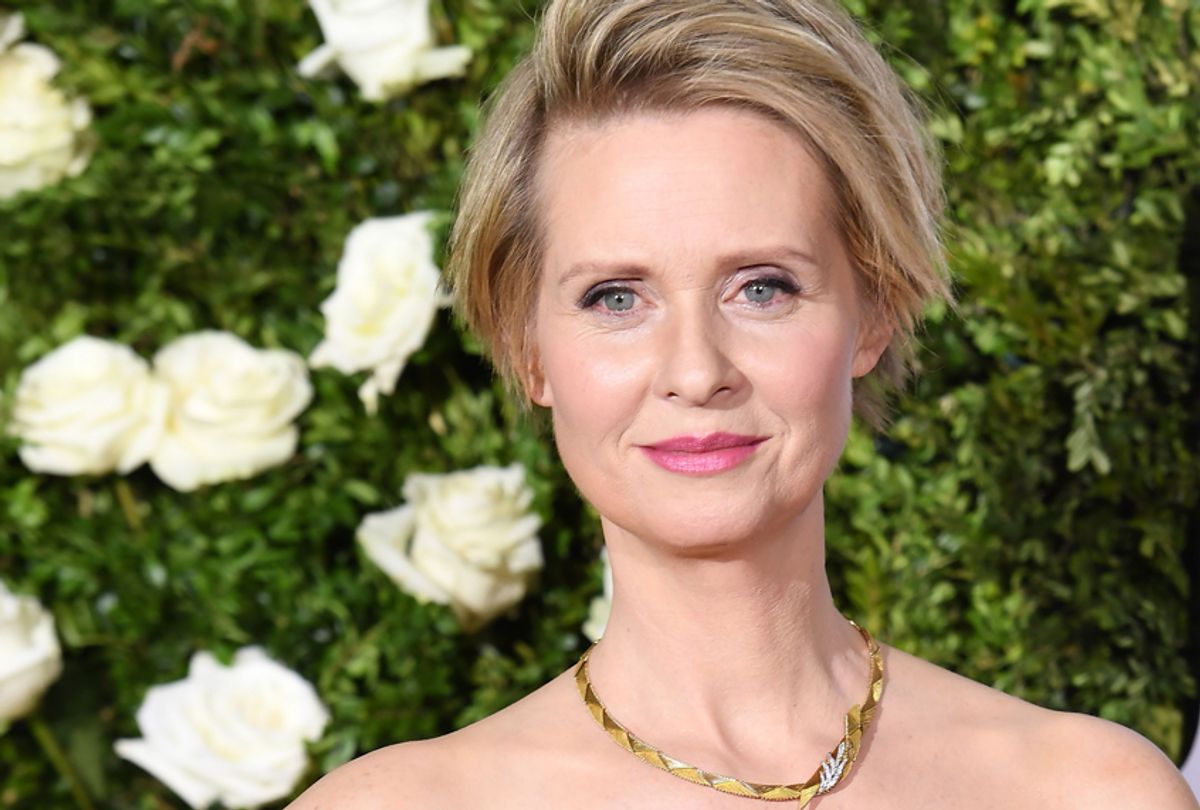 Cynthia Nixon, an Emmy Award-winning actress best known for her starring role as Miranda Hobbs on "Sex and the City," is positioning herself for a potential challenge to incumbent Gov. Andrew Cuomo in New York's Democratic primary this fall.

Vogue threw its support behind Nixon in August 2017, but as a longtime education and LGBTQ activist, her political roots date back much further. And the implications of a successful run for governor would be historic – New York has never had a female or openly bi-sexual governor.

"Many concerned New Yorkers have been encouraging Cynthia to run for office, and as she has said previously, she will continue to explore it," Nixon's publicist, Rebecca Capellan said in a statement on Tuesday. "If and when such a decision is made, Cynthia will be sure to make her plans public."

"It's time to take our government back," Nixon, who campaigned for De Blasio in 2013, wrote in an op-ed for CNN in January. She has also been openly critical of Cuomo, who often spars publicly with de Blasio, in recent months.

"We've got a real problem on our hands in New York state," she said on the Today Show in August. "And Gov. Cuomo likes to say that we spend more per pupil than any other state. And that is actually true, but the only reason that’s true is because we spend so much on the kids in our wealthiest districts."

Cuomo, who was first elected in 2010 and is currently seeking a third term, did not seem phased by the potential challenge. "In this business," he told reporters on a conference call, "you can’t let these things bother you. Otherwise, you won’t last long."

But that didn't stop the incumbent from placing blame for a potential primary fight on his political foil. “I think it was probably either the mayor of New York or Vladimir Putin," Cuomo said, referencing de Blasio, according to Politico. "I’m going to leave it to you great investigative reporters to follow the facts and ferret out the truth.” (A spokesperson later clarified that Cuomo was joking.)

But in 2014, a largely unknown primary challenger named Zephyr Teachout won nearly 34 percent of the vote, which to some, indicates a potential vulnerability if Cuomo is forced to face off against another notable and well-funded contender. "If it’s just about name recognition, I’m hoping that Brad Pitt, Angelina Jolie and Billy Joel don’t get into the race," the governor said on his call with reporters.

In addition to growing education and wealth disparities in New York, Cuomo has also come under fire throughout the past year over New York City's failing subway system. Still, rumors of a potential 2020 presidential run by the governor remain rampant.

While various celebrities have sprouted up recently announcing bids for elected office, there is speculation that, because of Nixon's name recognition and record of progressive political engagement, she would be a viable challenger to Cuomo should she ultimately decide to run for office.