An influential Republican donor lays out why trade wars are terrible 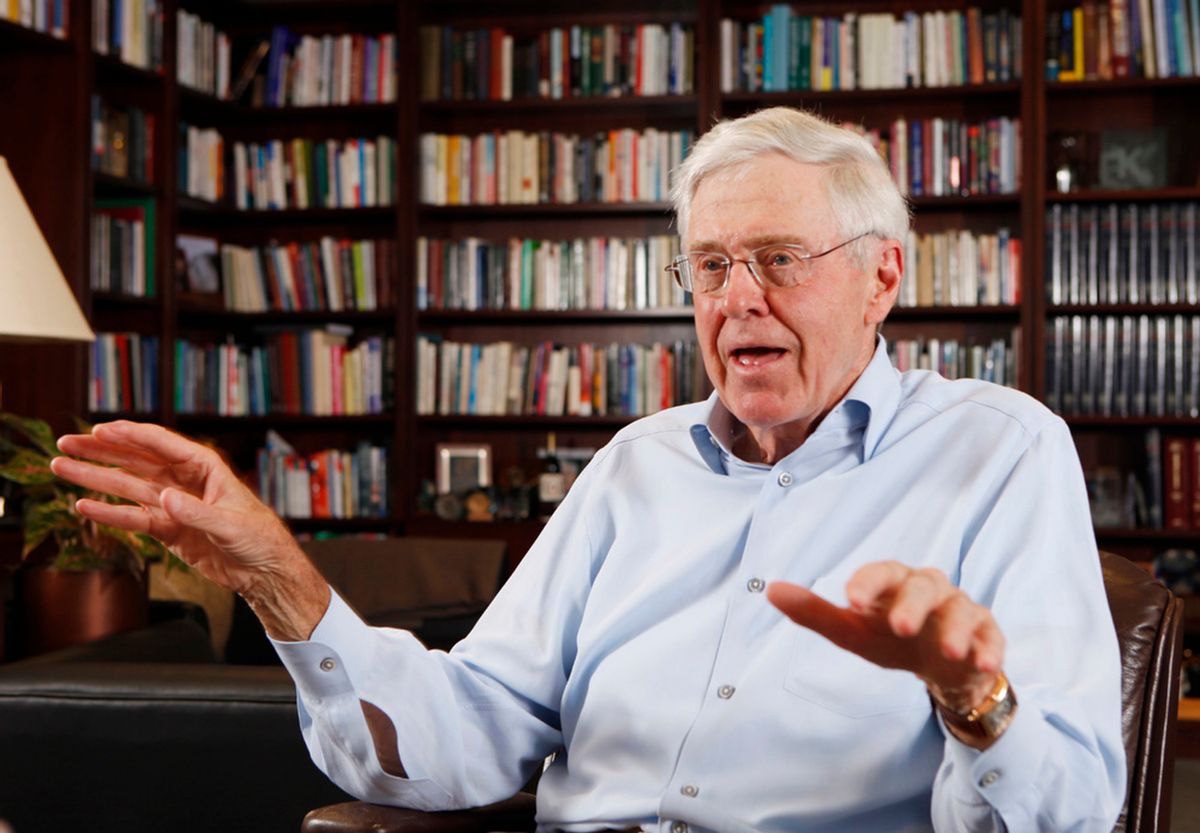 Charles Koch, one of the infamous Koch brothers who have been notorious for bankrolling right-wing causes and politicians, just wrote an editorial in The Washington Post in which the conservative billionaire pleaded that tariffs should be avoided because free trade "has been essential to our society’s prosperity and to people improving their lives."

In a piece that began with praise for Trump's tax reform bill, Koch criticized Trump's proposed tariffs on steel and aluminum by framing them within a historical context:

Countries with the freest trade have tended to not only be the wealthiest but also the most tolerant. Conversely, the restriction of trade — whether through tariffs, quotas or other means — has hurt the economy and pitted people against each other. Tariffs increase prices, limit choices, reduce competition and inhibit innovation. Equally troubling, research shows that they fail to increase the number of jobs overall. Consider the devastation of cities such as Detroit, where trade barriers to aid the auto industry did nothing to halt its decline.

From Koch's perspective, raising tariffs on steel and aluminum imports will be no better than when Trump imposed tariffs on washing machines and solar panels.

"Having just helped consumers keep more of their money by passing tax reform, it makes little sense to take it away via higher costs," Koch argued. He also depicted himself as being detached, based on the fact that his company would benefit in the short-term from some of Trump's tariffs. "Corporate leaders must reject this type of short-term thinking, and we have," Koch wrote. "If we are to have a system in which businesses can succeed long term, policies must benefit everyone, not just the few."

History is filled with examples of administrations that have implemented trade restrictions with devastating results. At the dawn of the Great Depression, the Smoot-Hawley Tariff Act raised U.S. tariffs on more than 20,000 imported goods, which accelerated our decline instead of correcting it. More recently, President George W. Bush’s 30 percent steel tariff led to increased consumer costs and higher unemployment. And President Barack Obama’s 2009 decision to raise tariffs on Chinese tires ultimately burdened consumers with $1.1 billion in higher prices. The cost per job saved was nearly $1 million, not considering all the lost jobs that went unmeasured.

Because the Kochs have been influential to both House Speaker Paul Ryan and the Republican Party in general — they were one of the major forces pushing for Trump's tax reform bill — their op-ed represents more than just corporate pontificating. It indicates, as did the resignation of National Economic Council Director Gary Cohn, that Trump's tariff hikes may prove to be the thin red line that alienates the president from his business class base.

There have been some signs that Trump will be flexible about his new tariffs. The plan is going to initially exempt two of America's biggest trading partners, Canada and Mexico, during the outset, and then keep them exempt if the United States reaches a new NAFTA deal, according to The Wall Street Journal. Although Trump has been eager to sign an official tariff proclamation as soon as possible, the date has been delayed as the president's lawyers work through the details, according to Axios.