Louis Farrakhan is still railing against Jews. But his ties to Women's March organizers is causing an uproar 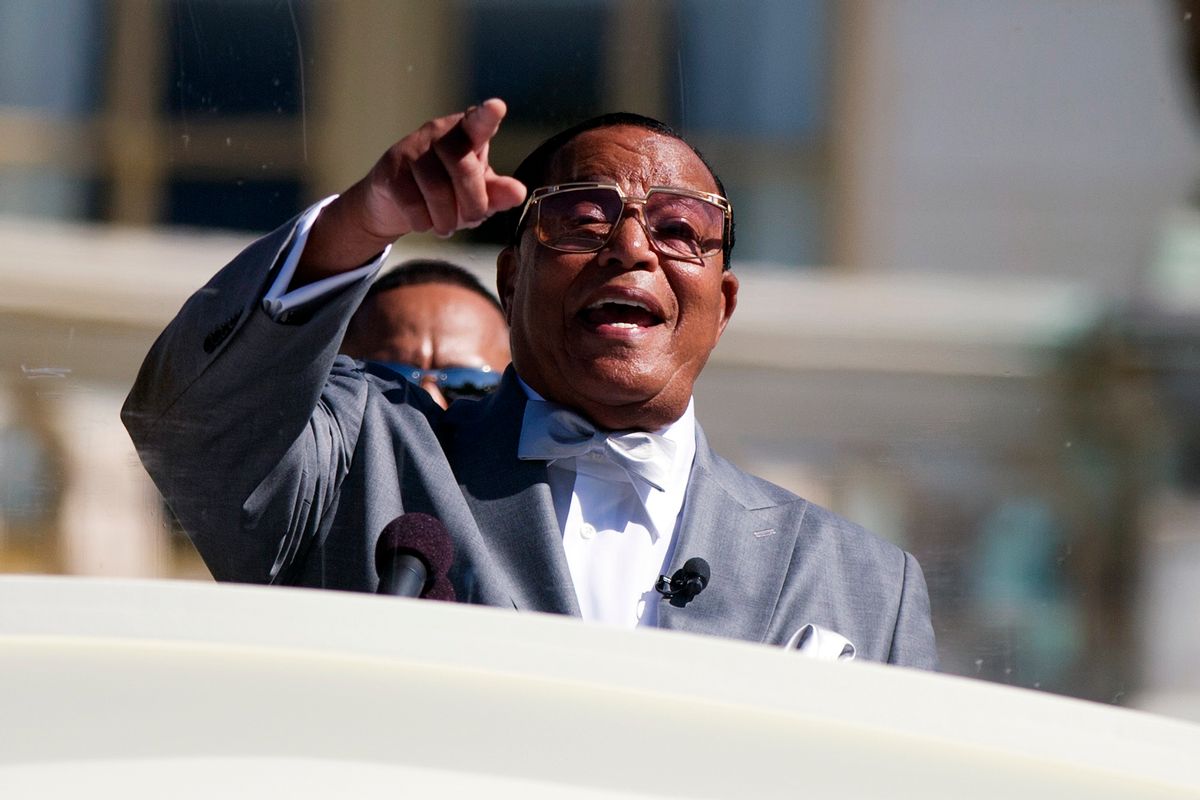 Organizers of the Women's March are facing controversy after they were linked to anti-Semitic statements from Nation of Islam leader Louis Farrakhan.

As Tablet Magazine's senior writer Yair Rosenberg demonstrated in a Twitter thread stretching from late last month to earlier this week, Farrakhan is undoubtedly a run-of-the-mill Jew hater. In a speech last month, Farrakhan claimed that "Jews have control over those agencies of government." He blamed Jews for "degenerate behavior in Hollywood turning men into women and women into men" and referred to Jews as "the mother and father of apartheid." Farrakhan even claimed that Jews were working with the United States government to manipulate marijuana strains in order to feminize African-American men.

Nor, as Rosenberg noted, were these Farrakhan's first forays into anti-Semitism. Some of his other choice comments have been to denounce the "synagogue of Satan," accusing Jews of controlling the media and the banks and citing the story of Jesus Christ as an example of the "real problem with the Jewish community."

Cornell William Brooks, the president of the NAACP, took to Twitter to denounce Farrakhan's comments.

But several organizers of the Women's March have either expressed open admiration of Farrakhan or have tried to make excuses for those who do. As Rosenberg reviewed in detail, when a Jewish Twitter user confronted Farrakhan supporter Tamika D. Mallory for not condemning Farrakhan's hate speech against Jews, Minister Kirsten John Foy responded by asking why the questioner supported Israeli Prime Minister Benjamin Netanyahu (she never brought up Netanyahu or Israel). After the questioner replied that Netanyahu was the leader of a foreign government and did not represent American Jews, Minister Kirsten John Foy responded with a non sequitur rant that closed with him praying for the "wicked spirit" to be cast from her "by the blood of the lamb of God Jesus Christ."

Confusing Zionism — support for Israel — and supporting Jewish people around the world is not helping things. It's muddying the waters. Plenty of people have legitimate criticisms of Israel's domestic or foreign policies. But there's a clear difference between that and the openly racist language of Farrakhan.

Jumping to Foy's defense was Arab and Muslim activist Linda Sarsour, who tweeted that Foy was "too blessed to be stressed" and described him as "a man walking the path towards justice & standing up for the most marginalized." Foy later also defended himself by falsely claiming that all Jews are citizens of Israel and thus responsible for Netanyahu's oppressive policies toward the Palestinians.

Rosenberg also included a link to a Haaretz editorial by David Schraub, who pointed to a pair of tweets by Mallory that unambiguously praised Farrakhan for being criticized by "the same enemies as Jesus." He described this as being not an anti-Semitic dog-whistle but rather an anti-Semitic "bullhorn."

He also called out two progressive social activists who had defended Mallory's anti-Semitism.

Anti-Semitism from the left, just like anti-Semitism from the right, is a problem. Last year, Jews were kicked out of a gay rights parade for holding banners with a Star of David on them, while Sarsour tried to drum Zionists out of the feminist movement. Even Karl Marx expressed anti-Semitic views, despite being born to Jewish parents. In Marx's era, the easiest way to get around being called out as a bigot was to identify Jews with the social evils of predatory capitalism and general greed. Those tropes still persist today, of course, but now the oppressive policies implemented by Israel toward various Arab groups have added a new layer of faux legitimacy to this prejudice.