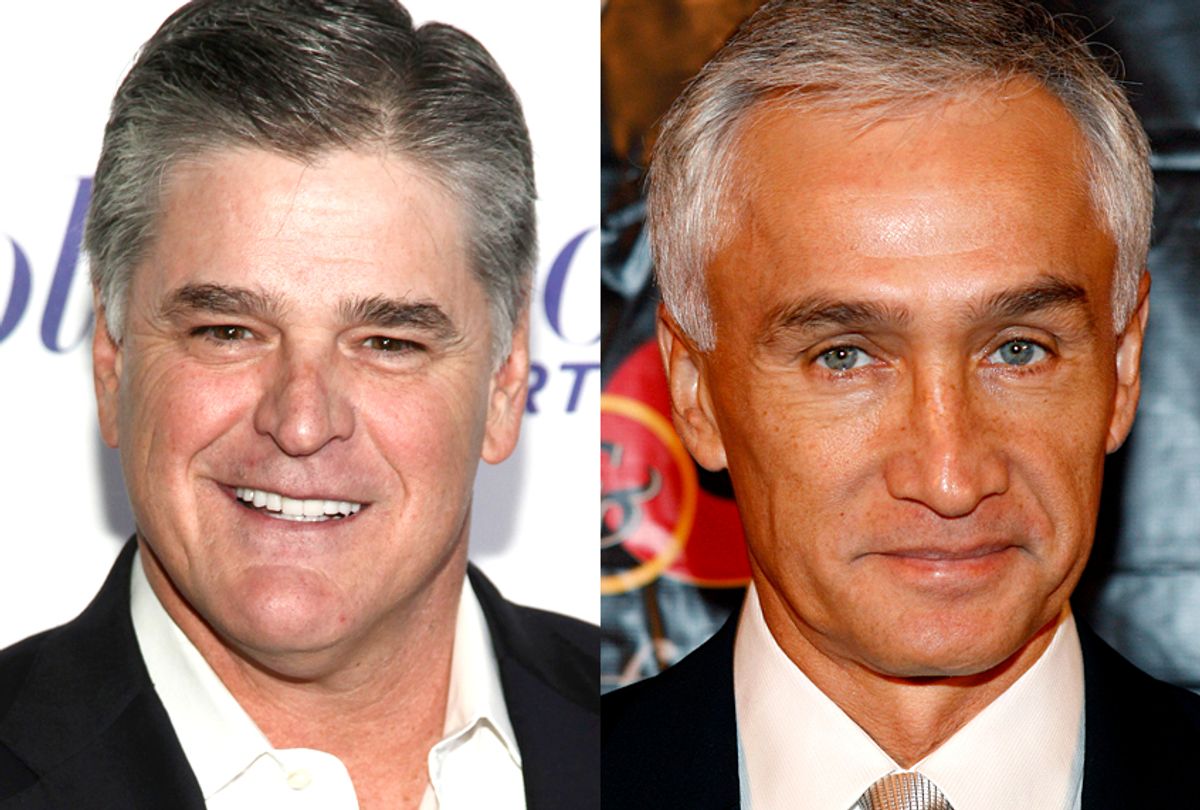 Fox News' Sean Hannity tried to use racist dog whistles during a debate with Univision's Jorge Ramos on Wednesday — and got slapped down.

The debate between Hannity and Ramos focused on Hannity's underlying argument — a popular right-wing myth — that immigrants were linked to crime. As he did so, Ramos repeatedly called him out for not telling his audience "the truth" about undocumented immigrants — namely, that the vast majority of them are not criminals.

The debate eventually evolved to a discussion about sanctuary cities and the Trump administration's decision to crack down on them. Hannity insisted that it was a situation in which the White House wanted to enforce federal laws, while Ramos depicted it as one in which the cities were trying to protect non-criminal undocumented immigrants (that is, the vast majority of them) who are being targeted. Ramos also took issue with Hannity's characterization of Trump as a president who supports DACA, as he said that the only reason DACA is in danger of being undone is because of Trump's own actions.

But Ramos' biggest charge wasn't levied at Trump; it was levied at his pal, the right-wing radio host.

"You don’t tell your audience the truth, the facts, that immigrants are less likely to be criminals than those born in the United States," Ramos said.

Ramos has butted heads with the far right before, most notably when he asked Trump a question during an August press conference. When Trump told Ramos to "sit down" as he attempted to ask an immigration-related question, and the Univision anchor didn't comply, security personnel escorted him out of the room.

"Go back to Univision," Trump told Ramos at the time. The anchor was later allowed back into the room after questioners from MSNBC and ABC insisted, and he had a prolonged exchange with the president.