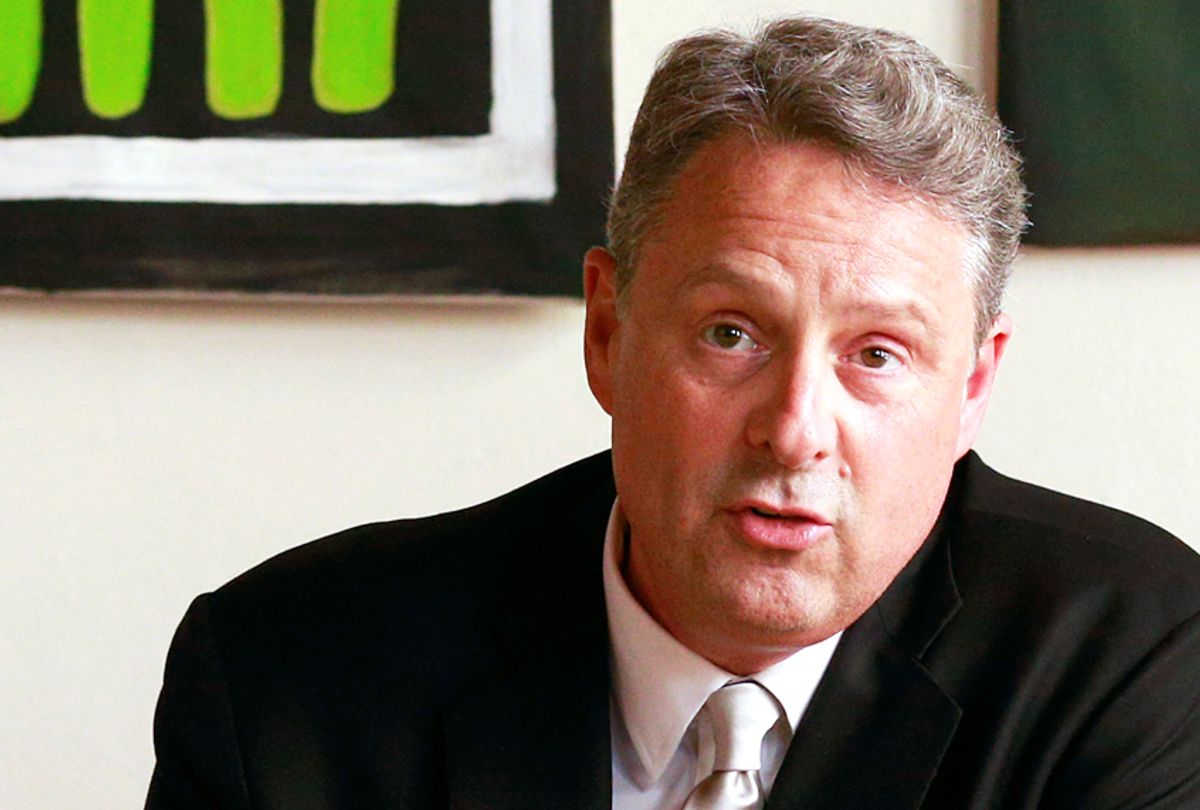 John D. Feeley, who this week left his diplomatic career as President Donald Trump's "personal representative and ambassador to Panama," has opened up about why he refuses to continue working for this White House.

"Shortly after the Charlottesville riots last August, I made the private decision to step down as President Trump’s personal representative and ambassador to the government of Panama," Feeley wrote in The Washington Post. "The president’s failure to condemn the white supremacists and neo-Nazis who provoked the violence made me realize that my values were not his values. I never meant for my decision to resign to be a public political statement. Sadly, it became one."

After blasting the Trump administration for leaking his resignation letter, Feeley explained that he resigned because "the traditional core values of the United States, as manifested in the president’s National Security Strategy and his foreign policies, have been warped and betrayed." He cited the "amateurish" Muslim travel ban, the proposed US-Mexico border wall, the reversal of DACA, the withdrawal from the Paris climate accord and Trump's trade policies regarding the TPP and NAFTA as examples of policies he opposed. He also brought up Trump's new tariffs on aluminum and steel, although those had not yet been announced when Feeley decided to resign in August.

Overall, Feeley condemned Trump's foreign policy as one that would alienate other nations. He also drew on his own background as the descendant of immigrants in criticizing Trump's policies.

"As the grandson of migrant stock from New York City, an Eagle Scout, a Marine Corps veteran and someone who has spent his diplomatic career in Latin America, I am convinced that the president’s policies regarding migration are not only foolish and delusional but also anti-American," Feeley wrote.

Feeley's decision to leave the Trump administration follows a larger trend of foreign policy personnel growing alienated with Trump's approach to international affairs — what Foreign Policy magazine deemed an "Exodus from the State Department." In December, Elizabeth Shackelford — who worked for the State Department in Kenya, Poland and South Sudan, and most recently served as the Nairobi-based political officer for the America's mission in Somalia — stepped down because she felt Secretary of State Rex Tillerson had "ceded to the Pentagon our authority to drive US foreign policy at the behest of the White House, but to our detriment as a nation," according to CNN.

Another high profile diplomat to step down was Joseph Yun, who served in the US foreign service for 30 years and worked as America's special representative for North Korean policy, according to The Guardian. He left earlier this month after working with the State Department to maintain contact with North Korea by way of a back channel at the United Nations.