If Anthony Kennedy retires this summer, the 2018 elections are even more important

Swing justice Anthony Kennedy may soon retire from the Supreme Court, according to Sen. Dean Heller 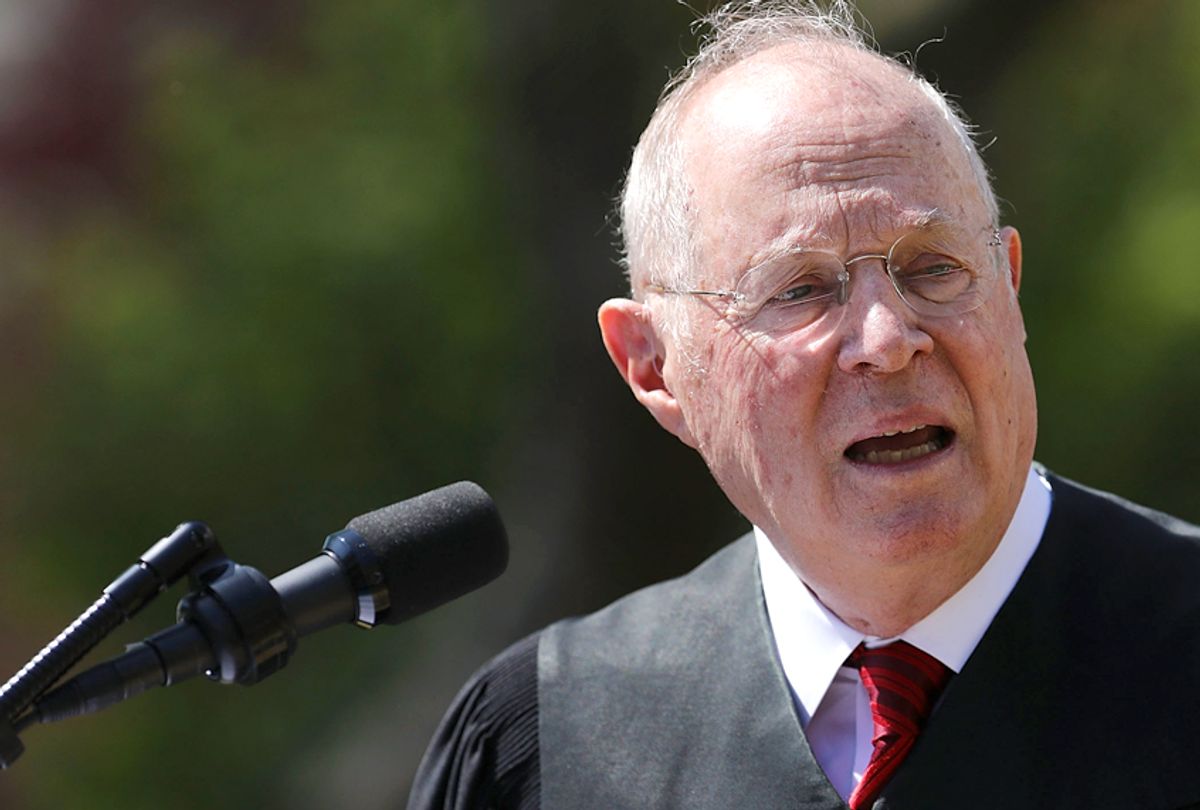 If Sen. Dean Heller, R-Nev., is to be believed, Supreme Court Justice Anthony Kennedy will retire this summer. And that means that the midterm elections just got more interesting.

"Kennedy is going to retire around sometime early summer. Which I’m hoping will get our base a little motivated because right now they’re not very motivated. But I think a new Supreme Court justice will get them motivated," Heller told the audience at a recent event, according to Politico.

Of course, it is not entirely clear whether Heller should be believed here. The embattled Republican is facing a tough reelection campaign in November, given that his state voted for Hillary Clinton in 2016 and has a large Hispanic community that has been alienated by Trump's policies. As a result, Heller may wish to see Kennedy step down so that the prospect of replacing the swing judge with a staunch right-winger — think Neil Gorsuch — will inspire Republicans to turn out and vote.

Heller even said as much in his comments.

At the same time, the prospect of Kennedy stepping down is such a serious one that Democrats can't afford to disregard Heller's speculation out of hand. At the very least, it would require Democrats to delay the appointment of Kennedy's replacement until after the 2018 midterm elections, when they would hope to regain control of that body and thus negotiate with Trump for a more moderate alternative. If they don't regain control of the Senate, however, Kennedy's retirement would be disastrous for liberal causes.

"Justice Kennedy is one of the last things standing between progressive values rooted in the Constitution and the wrecking ball that is this erratic administration," Michele Jawando, an attorney with the liberal Center for American Progress, told CNN last year about a possible Kennedy retirement. "Another Trump nominee would surely undo Kennedy's powerful legacy that includes protecting abortion rights and recognizing marriage equality for same-sex couples. "

There are even conservatives who have felt that Kennedy's retirement could undermine American democracy by making the Supreme Court appear to be just another partisan branch of the government.

"I’ve begun to think that what’s left of our constitutional regime relies on the impression of legitimacy given to it by a swinging Supreme Court, the Kennedy Court," Michael Brendan Dougherty of National Review wrote in January. "Maybe we’ll get lucky and the relative strength of our respective presidential coalitions and the respective health of the Supreme Court justices will align to keep the court balanced roughly the way it is, preserving what’s left of our constitutional order. But lately, I’ve begun to doubt it."