"Mary Kills People" loses some of its spirit

The drama trades in its refreshing bravery in favor of standard-issue danger, and loses something in the process 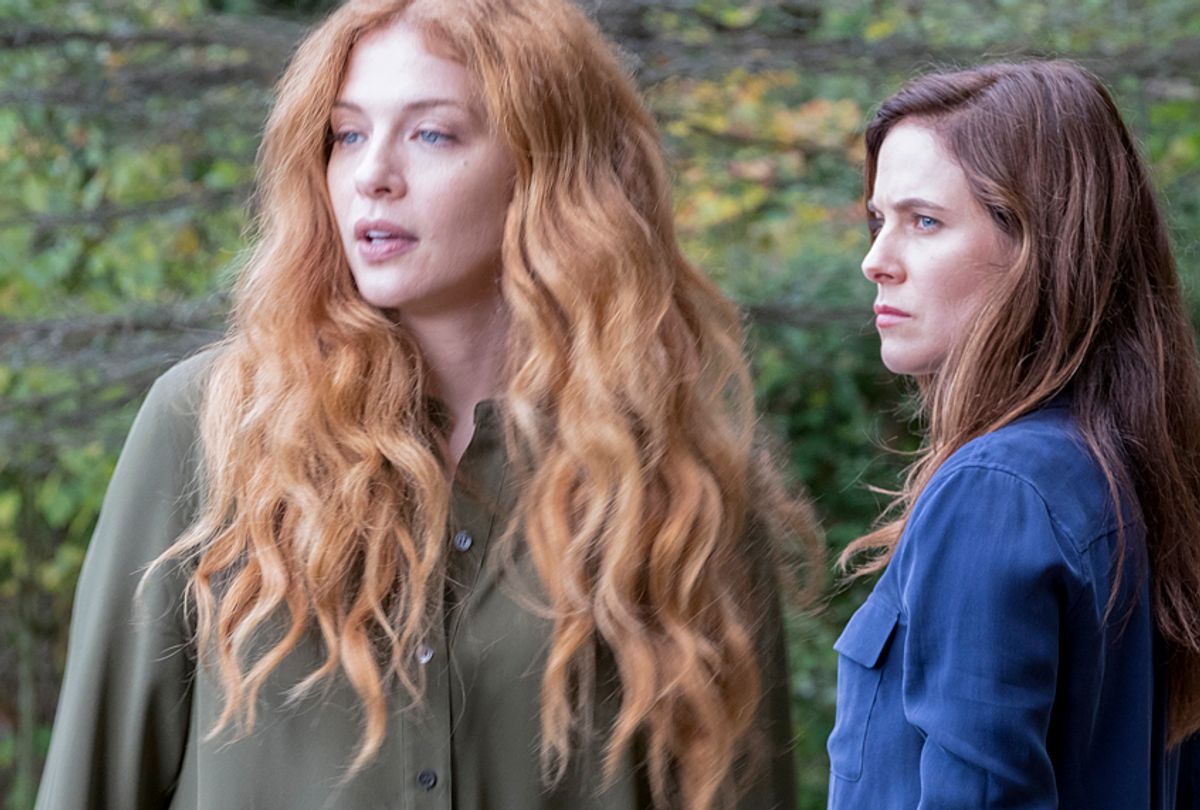 Not all shows that lose their way relinquish all of their luster. But it is worth acknowledging that somewhere along the way a touch of the magic has disappeared. This is the puzzle of the second season of Lifetime’s “Mary Kills People,” premiering Monday at 9 p.m.

There’s still much to like about Dr. Mary Harris (Caroline Dhavernas), a woman who prizes living life on her own terms, who commits to her beliefs about death with dignity and accepts the risks inherent to delivering it to those in need.

With the help of her business partner Des (Richard Short), now an ex-convict in addition to being a recovering addict, Mary still hires herself out to terminal patients choosing to hasten their end instead of riding out the worst of their inevitable decline.

All that said, “Mary Kills People” is still full of portrayals worth appreciating, led by the engrossing and beguiling Dhavernas. The actress is as watchable as ever, skilled at riding the line between hard emotion and vulnerability, and at times quivering fear. And her chemistry with Short remains intact, catalyzing the season’s energy well enough to maintain our attention.

But in this new season, the focus has shifted away from observing and validating Mary’s belief in a good death, which is unfortunate. Season 1 included more fleeting glimpses at the final hours of Mary’s clients, people whose passages ranged from troubled to celebratory. These asides showed us why she moonlights and infused the series with a unique sort of bravery, often employing existential beauty and humor in their scenes.

This time around, Mary and Des spend more time with a few of the people to whom they grant relief in addition to dodging untenable demands made by crooked businesswoman Olivia Bloom (Rachel Lefevre), who casts her shadow over the season early on by making demands upon Mary that sends her life spinning out of control.

A looming sense of danger is part of the show’s fabric. But it seems that this season’s main question has less to do with the ethics and morality of Mary’s side job than asking viewers to weigh what makes our heroine, an overworked E.R. physician, any different from the standard Lifetime Lady Who Kills.

That kind of woman has a sizable fanbase, of course, and there’s no reason that the Canadian import shouldn’t capitalize on it — especially given the relative litheness of its presentation, and the fact that the season consists of only six episodes. That’s just enough story to keep us interested, even though we can’t help but be sorry for our loss.