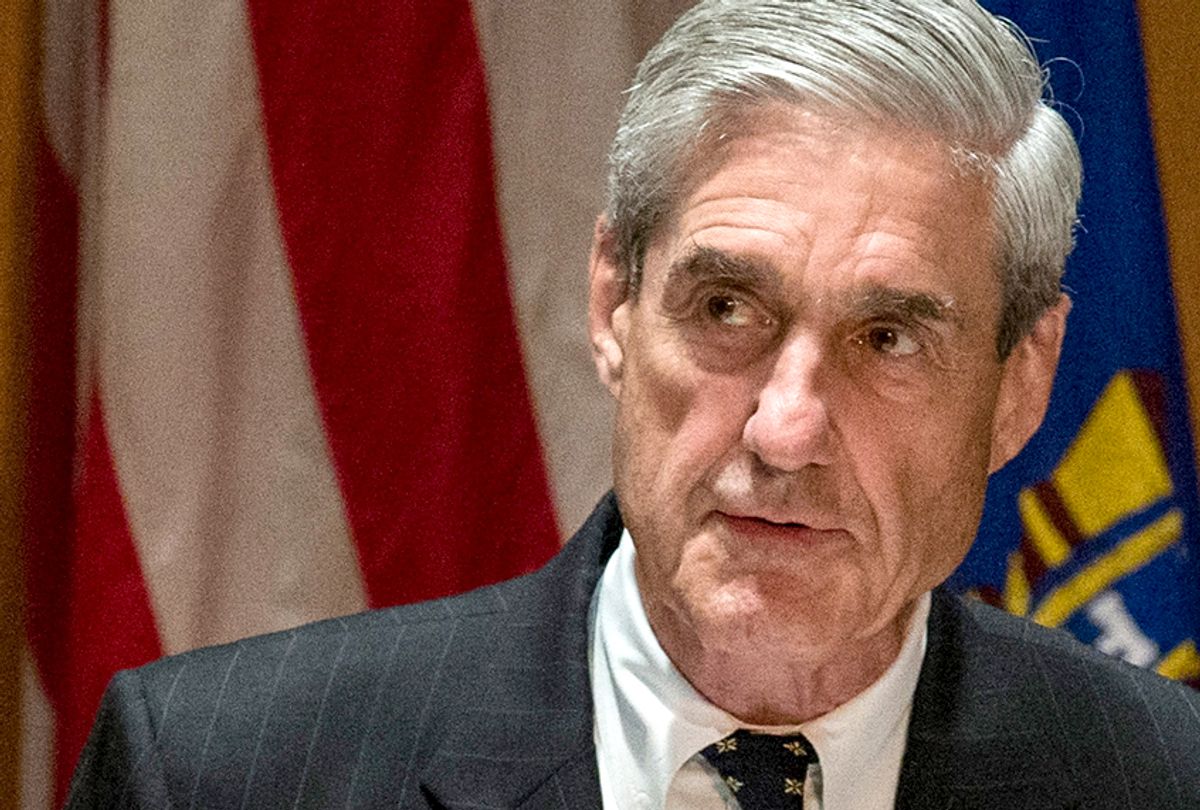 This column originally appeared in Washington Monthly. It is republished at Salon with permission.

The most obvious public dimensions of Justice Department special counsel Robert Mueller’s investigation of Trump’s Russia ties are legal and political. But Mueller is also driven by something else that’s implied in a recent Washington Post profile of him and Trump: a desire to repair and vindicate a code of citizen-leadership whose betrayal he experienced leading a Marine platoon in Vietnam, long before any of us knew of Donald Trump’s contempt for it. Now the future of Trump’s presidency hangs in the balance of whether Mueller’s effort succeeds.

The code that Mueller has followed since boyhood is an American iteration of the ancient one that governed Plato’s “guardians,” for whom the republic was “so closely bound up with oneself that its interests and fortunes, for good or ill, are held to be identical with one’s own.” Plato’s guardians were hereditary aristocrats, not democrats, and in the latter half of the 19th century, American elites with aristocratic, patrilineal pretensions founded college-preparatory schools — such as Mueller's St. Paul’s School in New Hampshire — to train youth as what Thorstein Veblen called “gentlemanly stewards of the ‘kept classes.’”

At St. Paul's and other such schools, students like Mueller learned that self-denial for the common good demands self-scrutiny, plain living and a quiet readiness to take responsibility without reward and bear its burdens with grace. Sen. John McCain, son of a Navy admiral, invoked that code at least momentarily last summer when he voted against repealing the Affordable Care Act. Richard Nixon’s attorney general, Elliot Richardson, exemplified it by resigning on republican principle instead of obeying the president’s order to fire Watergate special prosecutor Archibald Cox, another elite republican guardian. (Yes, even a democracy sometimes needs these guys, even though not all of them are as reliable as Mueller.)

As the Vietnam War was heating up in 1966, Mueller and his former St. Paul's hockey teammate John Kerry enlisted after graduating from college, intending to vindicate the code they’d internalized in school. Mueller chose the Marines, following a slightly older St. Paul's student, David Hackett, who’d been his lacrosse teammate. In 1967, Hackett was killed by a North Vietnamese sniper while leading his platoon. A year later, Mueller was wounded leading a platoon in similar circumstances.

Such loyalty and discipline poses both a challenge and a contradiction for the rest of us. The challenge is to decide, as Mueller and Kerry had to, whether to risk one’s life and one’s sense of duty, honor and loyalty on a cause bigger and nobler than oneself. The contradiction is that faith in such a cause has been hard to hold ever since it was broken for many by a war undertaken with deceit and delusion, as Defense Secretary Robert McNamara tearfully confessed decades later, and undertaken by some of Mueller’s and Kerry’s own fellow graduates of the old prep schools and colleges.

Kerry became a leader of Vietnam Veterans Against the War and challenged legislators to explain, “How do you ask a man to be the last man to die for a mistake?” Mueller, more austere and self-denying, left a lucrative postwar career as an attorney defending fat cats and became a homicide prosecutor at a 75 percent pay cut. Later, of course, Mueller became the director of the FBI.

Trump has spent his life flouting Mueller’s republican code, starting with his dodging the Vietnam War draft five times. In an especially bitter irony, Trump’s characteristic nihilism and cynicism seemed justified by that war’s folly, not by any commitment of Trump’s to a cause beyond himself. If Trump has been committed to anything at all, it’s been to prove that in a corrupt world, the cynic has every advantage over a citizen bound by honor and duty — recall his boast during a presidential debate that his not paying taxes was a testament to his intelligence.

Mueller and Kerry came of age expecting much better. “To a remarkable extent, this place has detected and rejected the very few who wear the colors of high purpose falsely,” Yale president Kingman Brewster told students in 1965, crediting “a pervasive ethic of student and faculty loyalty and responsibility and mutual regard which lies deep in our origins and traditions.” Brewster really wanted Americans like Kerry and Mueller to learn how to tell true leadership from false, and to understand the consequences for how we live, invest and wage wars.

Whether Trump will go out in a snuff depends now heavily on a prosecutor driven not only by devotion to the law, but also by indignation that the president embodies the cynicism and materialism that’s antithetical to his republican leadership code. When a veteran and Eagle Scout meets an eternal cynic, who wins? The answer has never mattered more to the country than now.