The Tennessean says he's not running against the president; he's just running 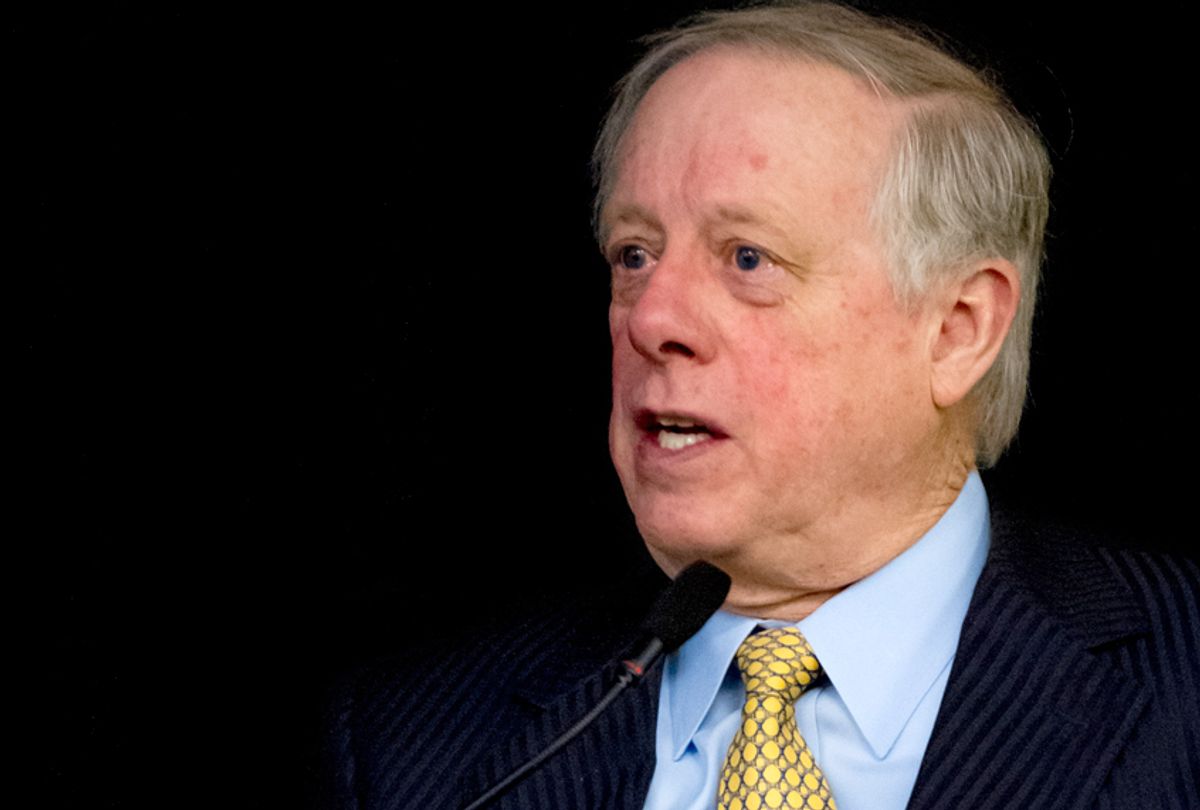 “I’m not running against Donald Trump,” Tennessee’s last Democratic governor, Phil Bredesen, says. But he does have some revitalized ambitions. When Bob Corker announced last fall that he would not seek re-election as a Senator from Tennessee — a decision he went back and forth on a few times before making it official in late February — Bredesen stepped in to declare his candidacy for the open seat. “I’m running," he says, "for getting some things done here in Tennessee.”

Since leaving the governor’s mansion in 2011, Bredesen has chaired a firm that develops and operates solar power stations. Now he's looking to revitalize his state's health care. In Bredesen’s initial campaign video announcing his candidacy, he said the Affordable Care Act needs fixing; too many people cannot afford health insurance and more Tennesseans die from opioids than from car accidents. (Car accidents, suicides and homicides, in fact.)

“I’m running for the Senate because I have the right kind of experience and the actual track record that it will take to start working across party lines to fix the mess in Washington and bring common sense back to our government,” Bredesen added.

The campaign gained some surprise national attention on Thursday when it contacted the FBI over concerns about hacking. NPR reports that the team grew concerned when "the campaign received emails asking for money on Feb. 28, from an address that was almost identical to the address of the campaign's media buyer." Campaign counsel Robert Cooper told CNN, "Due to the fact that the imposters knew the media buy was imminent, we are concerned that there has been an unauthorized intrusion into the extended campaign organization."

As Mayor of Nashville during the nineties, Bredesen racked up a roster of achievements. He oversaw the addition of more than 440 new teachers, 32 new schools and renovations to 43 others. He brought the National Football League's Houston Oilers, now the Tennessee Titans, to Nashville and furnished them with a new stadium, Nissan Stadium. The National Hockey League awarded Nashville its first of four new expansion franchises, the Nashville Predators, during Bredesen’s tenure as mayor, and the Bridgestone Arena was built.

In 2003, Bredesen became the 48th Governor of Tennessee, a state that has only voted Democratic in four presidential elections since 1952. He defeated the Republican candidate, Van Hilleary, in the home state of Al Gore, who had lost Tennessee’s electoral votes to George Bush in the 2000 presidential election.

Bredesen became governor during a financial crisis with a predicted state budget shortfall of $800 million. Most of this shortfall was due to TennCare, Tennessee’s state Medicaid program, which was $650 million over budget. Don Sundquist, Bredesen’s predecessor, had hoped to fix this by implementing a state income tax, but that has long been considered the “third rail” of Tennessee’s politics and never became law.

“When I was sworn in as Governor, TennCare was out of control and our bond rating was headed south, and then we had the meltdown of the Great Recession,” Bredesen said in his campaign video. “With a lot of hard choices, we managed our way through all of that without an income tax and without raising the sales tax, and we didn’t just get through it. We prospered.” During Bredesen’s tenure, almost 3,000 companies, such as Nissan and International Paper, expanded or moved to Tennessee, bringing more than 104,000 jobs and $12.8 billion in new business investments to the state.

In December, The Cook Political Report ranked Tennessee’s Senate race as a toss-up. A poll done by Public Opinion Strategies in January showed Bredesen leading his likely challenger Marsha Blackburn 47-45. The Committee to Defend the President, in a hypothetical poll, found Bredesen trailed behind possible Republican candidate Blackburn by nine points, but the same committee in a different survey found Bredesen leading other possible Republican candidate Stephen Fincher by 12 points. “We need and deserve something better than we’re getting from Washington," Bredesen said in his campaign video, "and we need and deserve a Senator who can make that happen.” But at this point, it's still anyone's guess if he'll win the chance to prove he's the person for the job.