Elizabeth Warren is "not afraid of tariffs" and supports "rethinking" U.S. trade policy 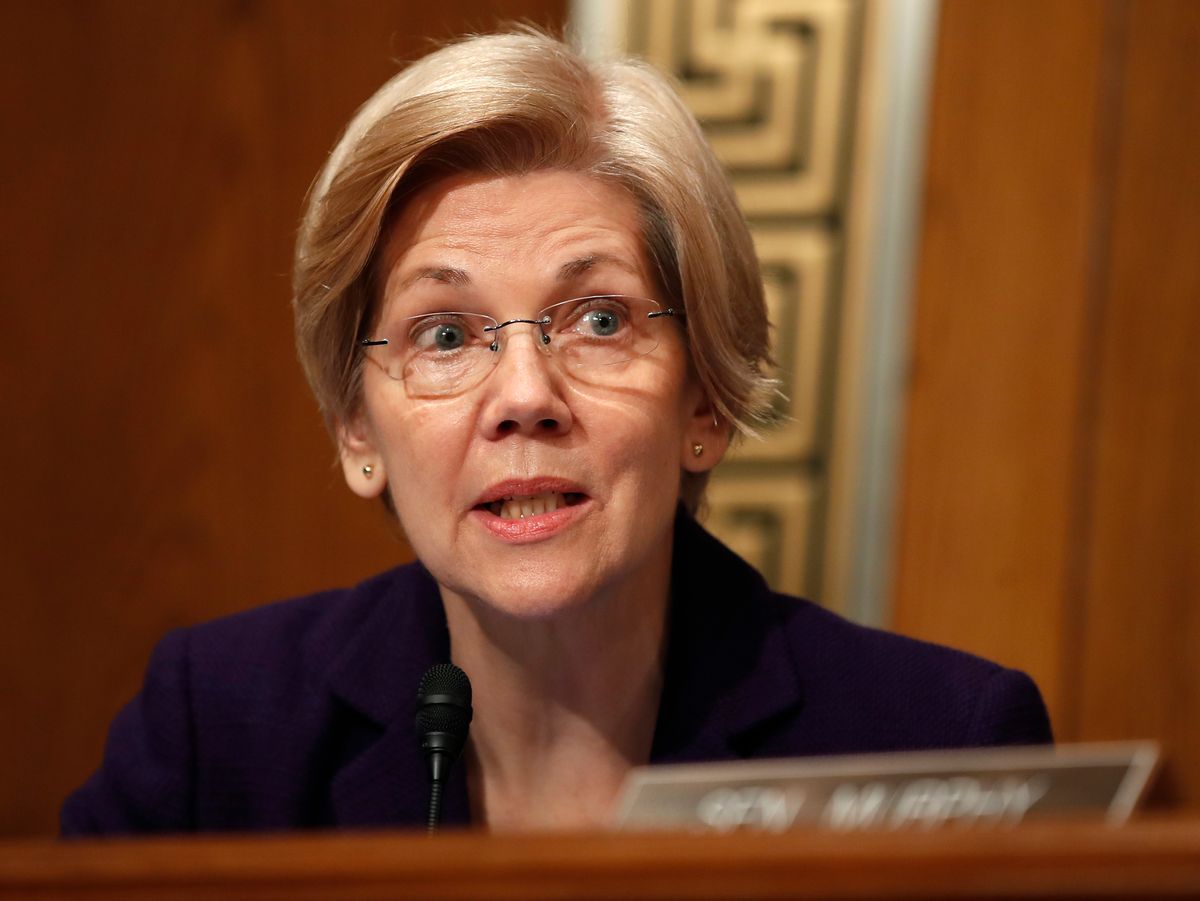 Sen. Elizabeth Warren, D-Mass., a prominent critic of President Donald Trump, didn't exactly endorse the president's recent decision to impose new tariffs on steel and aluminum imports, but she did express that U.S. trade policy needs an overhaul and that tariffs are likely to be a part of any changes.

"I am not afraid of tariffs," Warren said on NBC's "Meet the Press" on Sunday morning. "We need a comprehensive rethinking of our trade policy."

Warren participated in multiple news interviews on Sunday morning in which she discussed a variety of issues, and even denied plans to run for president. However, her position on trade stuck out the most, as Trump has faced criticism for his new tariffs, even from many conservatives. The progressive Democrat has often vocalized criticism of her party's centrists and their establishment tactics blasted longstanding U.S. trade policy for not having benefitted the working class.

"I think that our trade deals have been negotiated for a very, very long time now to benefit large, multinational corporations, not to benefit the American worker," Warren added.

In an interview on CNN's "State of the Union" she continued, "What I'd like to see us do is rethink all of our trade policy. And, I have to say, when President Trump says he's putting tariffs on the table, I think tariffs are one part of reworking our trade policy overall."

Warren's remarks are the latest reflection of how the Democratic Party has looked to revitalize support among its historic base of working-class voters, but has struggled to combat in-party rifts, and close corporate ties in the wake of the 2016 election.

When the orders were signed on Friday, countries such as Canada and Mexico were exempted and the president said there would be potential for corporations to receive them as well, though details were still scarce, Reuters reported. He also tweeted on Friday night that Australia would also be exempt, after he spoke with the nation's Prime Minister Malcolm Turnbull.

Across the aisle, however, departing Republican Sen. Jeff Flake of Arizona expressed the exact opposite of Warren as he promised to put forth legislation that would block Trump's tariffs.

"You know, the problem is when you, when you say, 'All right. Let's have tariffs. But let's couple that with uncertainty,' that's almost worse," Flake explained on "Meet the Press."

He added, "You know, tariffs are awful. Tariffs married to uncertainty is probably even worse. And then to have a president in a position to say, 'All right. Australia, all right. What are you going to do for me?' Or wake up one day and say, 'You know, let's impose more tariffs here or there,' that's an awful situation to be."