Republicans have a Rick Saccone problem in Pennsylvania's special election

Another district Trump won easily is now a close race. This is one of the stories of 2018 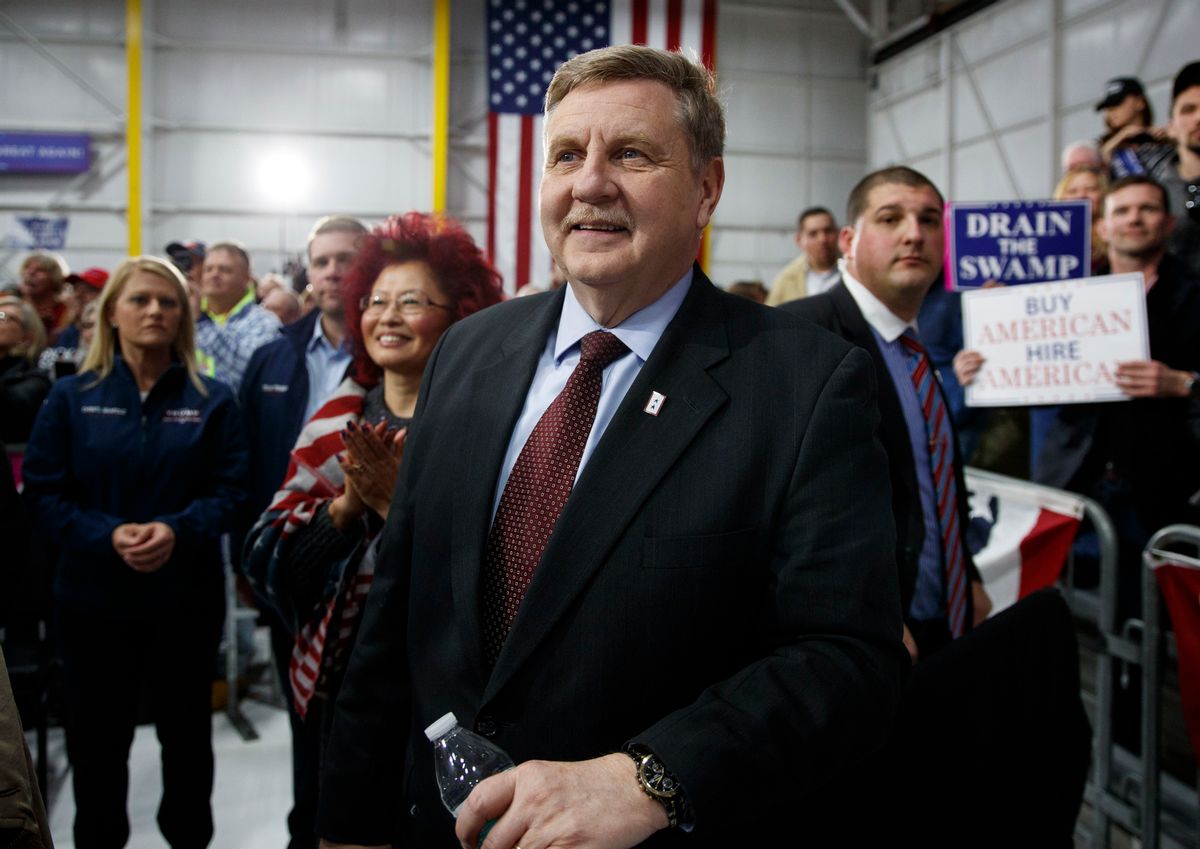 As Pennsylvania residents prepare to head to the polls in what was once considered a solidly Republican district, the GOP and President Donald Trump are bracing for defeat — even if their candidate, Rick Saccone, wins.

Trump has denounced Saccone as a "weak" candidate who has not been able to run a sufficiently competitive campaign against Democratic nominee Conor Lamb, according to Axios. In addition to surpassing Saccone in fundraising by nearly 500 percent, Lamb has been able to convincingly establish himself as a bipartisan candidate, one who is pro-gun and highly critical of House Minority Leader Nancy Pelosi. Saccone, by contrast, has fully embraced Trump's agenda, even though the president's unpopularity is almost certainly a major factor in dragging down Saccone's own ticket.

"This administration has already made unprecedented progress on behalf of the American people and I look forward to working with him to continue to deliver on the promises made," Saccone told an audience on Saturday night, during a joint appearance with the president. "I could not have asked for a stronger endorsement of our campaign ahead of the March 13 special election."

Trump barely mentioned Saccone during the event, which was supposed to be a Saccone campaign rally.

Part of the problem facing Republicans, is that even a Saccone victory won't necessarily bode well for them in the upcoming midterm elections. Trump won the 18th District by 20 points in the 2016 presidential election; Romney won it by 17 points in 2012. It was so solidly Republican that its previous congressman, Republican Rep. Tim Murphy, didn't even have a Democratic challenger in 2014 or 2016. As a result, if Saccone wins in a squeaker rather than a landslide, that will still be perceived as a seismic political shift.

"In reality, either candidate would probably be able and competent when it comes to representing the 18th Congressional District," the Observer-Reporter, a local newspaper, explained when endorsing Lamb over Saccone. "But we believe one of the two candidates would be better positioned to be the kind of moderate, conciliatory figure that is needed in this tempestuous moment in our political life, and that is Conor Lamb."