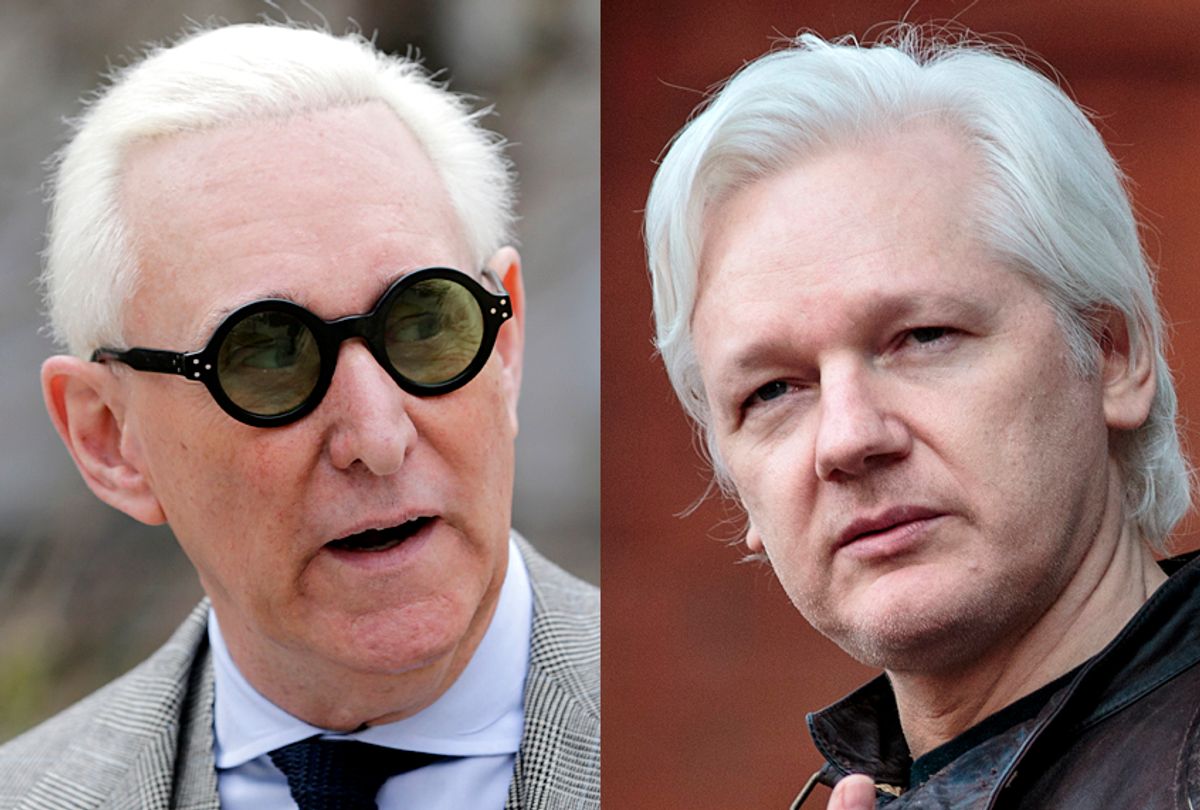 A new report reveals that Roger Stone, a right-wing political operative and commentator who has long been an adviser and confidant of Donald Trump, told people close to Trump's 2016 campaign that he had been in contact with WikiLeaks founder Julian Assange.

Stone's claim was first covered by The Washington Post.

Stone, an informal adviser to then-candidate Donald Trump, said he had learned from WikiLeaks founder Julian Assange that his organization had obtained emails that would torment senior Democrats such as John Podesta, then campaign chairman for Democratic presidential candidate Hillary Clinton.

Two associates of Stone confirmed to the Post that the operative talked about having made contact with Assange during the 2016 election cycle. These conversations allegedly occurred before WikiLeaks' possession of the Democratic Party emails was publicly known. One of the two Stone associates to disclose his statements about Assange was the now-infamous Sam Nunberg, who served as a political adviser in the early stages of Trump's 2016 presidential campaign. Along with his comments to the Washington Post, Nunberg has reportedly also discussed his conversations with Stone about Assange to investigators working for special counsel Robert Mueller.

Stone, however, denied any 2016 communication with Assange, telling the Post that the remarks he made to Nunberg were meant as a "a joke, a throwaway line to get him off the phone." Nunberg later told Post that he was happy to hear that Stone had made the comment as a joke.

But Nunberg was not the only person to whom Stone claimed that he had made contact with Assange. In August 2016, Stone told a Republican audience: "I actually have communicated with Assange. I believe the next tranche of his documents pertain to the Clinton Foundation, but there’s no telling what the October surprise may be."

Despite those remarks, Stone has subsequently denied any contact with Assange, and has also denied any contacts with Russian agents seeking to aid Trump's campaign or damage Hillary Clinton's electoral chances. He reiterated those denials during an interview last April with Salon.