Trump ramps up the ugliness with the promotion of zealot Mike Pompeo and torturer Gina Haspel. What's next? 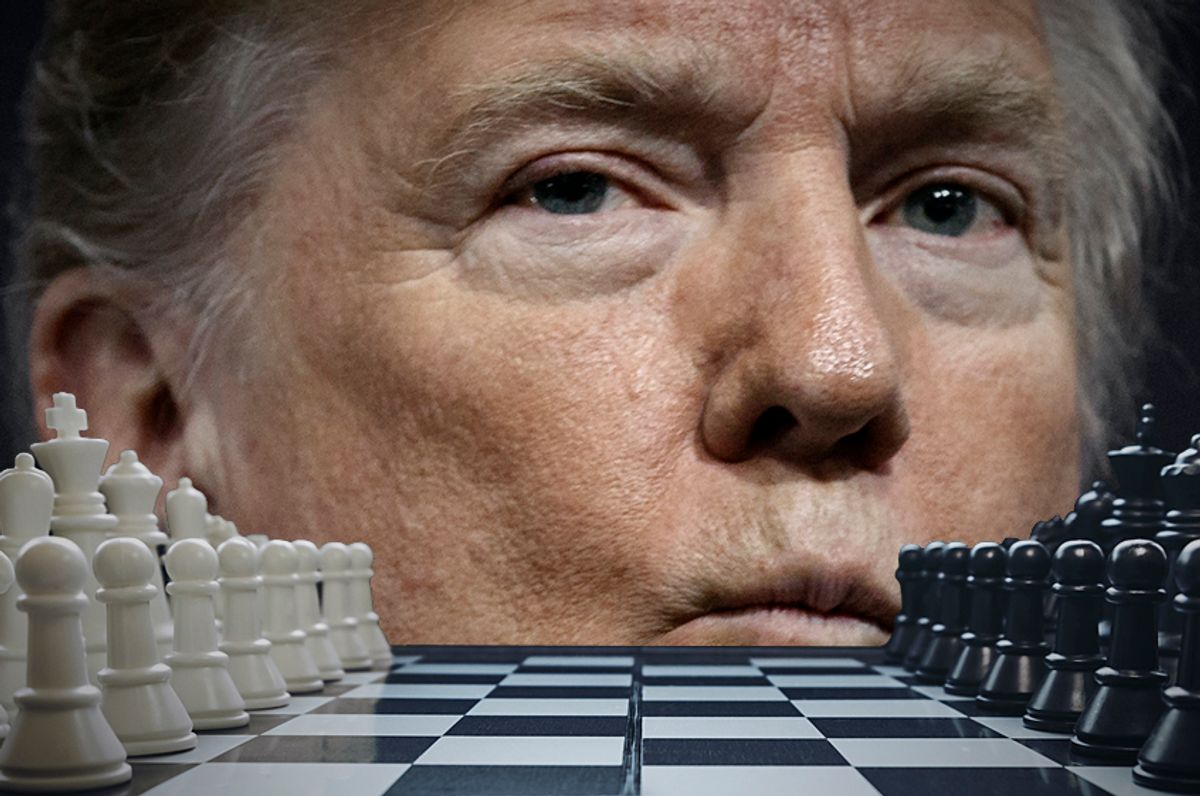 President Trump had quite a day on Tuesday. He fired Secretary of State Rex Tillerson in crude and cowardly fashion, announced that he is moving the unqualified CIA director, Mike Pompeo, over to the ghostly halls of the nearly empty State Department to do a job for which he also has no experience. Then he nominated Gina Haspel, one of the most notorious CIA officers in American history, a woman best known for enthusiastically torturing terrorist suspects and then destroying all the evidence of doing so, to run the agency.

That was just the morning's work. By noon it was reported that his closest personal assistant, the "body man" John McEntee, had been fired and escorted off  the White House grounds for what were later described as serious financial misdeeds discovered by the Department of Homeland Security. Then the president took off for the California-Mexico border, where he uttered some gibberish about "the wall" needing to be transparent, after which he addressed some service members and announced his latest great idea:

Oh, and the president also hedged on whether the Russian government was responsible for the nerve gas assassination attempt in Britain, despite Prime Minister Theresa May's speech in which she made clear that all the evidence pointed in that direction. His wishy-washy statement, coming as it did on the heels of firing Tillerson, who had denounced the Russian government for this heinous act just the day before, sent a clear message to the perpetrators that the Trump administration would take this no more seriously than it is taking the 2016 hacking and propaganda campaign. (Later, May’s spokesman said Trump had told the prime minister the United States was “with the U.K. all the way" in their phone call.)

Meanwhile, the Republican majority on the House Intelligence Committee has folded its tent, saying there was nothing to see and no issue worth pursuing. The president clearly believes that means he's on his way to total exoneration in the Russia probe. So he is aroused, upbeat and manic, as you can see from the flurry of activity.

As I and others have observed over the past couple of weeks, something has changed in Trump. I ascribed what I see as a new frenetic assuredness to his realization that the president has a tremendous amount of power and that there's little anyone can do to stop him from exercising it, particularly in certain areas. More importantly, he has seen that the Republicans in Congress are unwilling to take any steps to thwart him, while the courts move at a glacial pace. To a significant degree, he can do what he wants.

The Washington Post's Robert Costa frames it this way:

Considering the checkered history of the Trump Organization, that is anything but reassuring.

Maggie Haberman at The New York Times described the change in a tweet yesterday by saying that the narrative about "Trump unglued is not totally wrong but misses the reason why -- he was terrified of the job the first six months, and now feels like he has a command of it. So now he is basically saying 'I’ve got this, I can make the changes I want.' This is not to say his perception of self-confidence is in line with others’ perceptions of him. But it is part of why he is less able to be swayed." She also reported, as did a number of others, that Tillerson will not be the last to be fired in this burst of manic energy.

As we know, the president's power is concentrated in foreign policy and national security, so we can probably expect most of his frenetic activity to be in that area. There have been many reports that he's ready to fire his national security adviser, H.R. McMaster, with whom he has had a rocky relationship. He may bring in former UN ambassador and certified kook John Bolton to replace him. If so, Trump's comments yesterday in which he claimed that part of the reason he was firing Tillerson was their differences over the Iran deal probably mean he's going to tear it up. Nobody is more hostile to that agreement than Bolton, who wrote a memo to Trump last August showing how he should abrogate it. The national security adviser requires no Senate confirmation, so if Trump wants him, he's in.

The appointments of Pompeo and Haspel could theoretically take some of the wind out of the president's sails, however, if Senate Republicans decide to do their jobs. According to national security journalist Marcy Wheeler, Pompeo is facing a more hostile committee for the State Department job than he had to deal with for his current post. Retiring Sens. Bob Corker, R-Tenn., and Jeff Flake, R-Ariz., are on the panel, and Sen. Rand Paul, R-Ky., voted against Pompeo for CIA director. If they withhold their votes and the Democrats all hang tough, his appointment might not even make it to the floor. That's unlikely, but possible.

Sen. Dianne Feinstein, D-Calif., reportedly held up an earlier Haspel promotion over the Bush torture regime, a subject about which Feinstein has been uncharacteristically uncompromising. Haspel had been an up-and-comer whose career was derailed by her involvement in the torture of Abu Zubaydah, an al-Qaida detainee who was waterboarded 83 times at CIA "black site" prisons and treated with horrific violence and cruelty. He lost an eye at some point during his years in CIA custody, and all video of his "enhanced interrogation" has reportedly been destroyed, likely on Haspel's orders. Naturally, Trump loves Haspel. He said many times on the campaign trail that he "loves" waterboarding and wants to do "worse than that." Of course he would promote a member of the clandestine service who participated in torture to head the CIA.

Feinstein said yesterday that she planned to wait until the confirmation hearings to decide whether to vote for Haspel as CIA director, and one hopes that's just typical senatorial courtesy. Sen. John McCain, R-Ariz., a man who knows something about the subject of torture, issued a statement on Tuesday saying that "the torture of detainees in U.S. custody during the last decade was one of the darkest chapters in American history. Ms. Haspel needs to explain the nature and extent of her involvement in the CIA’s interrogation program during the confirmation process.”

That promises to be a stomach-churning event, particularly when one imagines the effect a candid discussion of torture will have on our already overstimulated president. As bad as George W. Bush's people were on this subject, they didn't publicly revel in the gore the way Trump did during the presidential campaign. I shudder to think what ideas this might give him in his current unrestrained state. Trump is ticking off items on his wish list, from trade wars to space wars, and torture is definitely rising to the top.