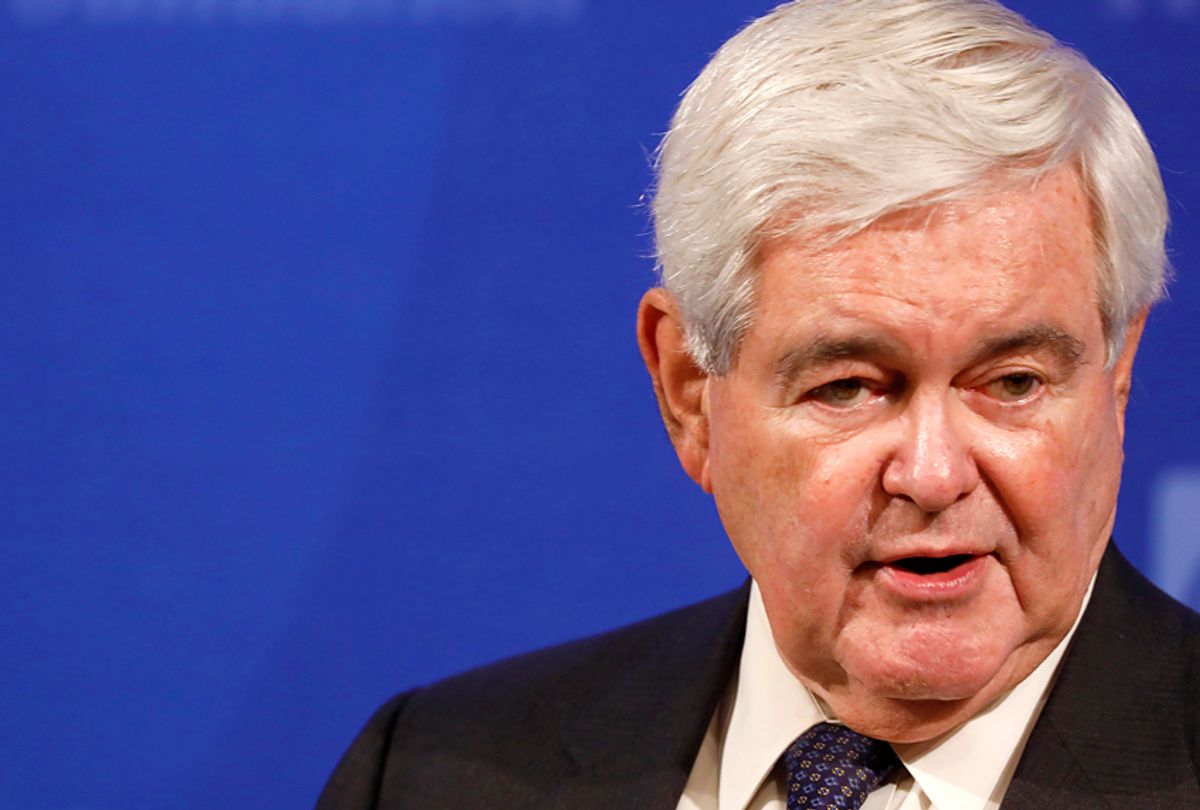 President Donald Trump has long complained of a so-called "deep state" conspiracy to undermine his government, one that either he or members of his administration have stretched to include the Justice Department, Interior Department and State Department, among other institutions.

Now, however, newly released emails reveal the extent of the administration's paranoia that people in the government may be less than completely loyal to the president and his agenda.

One individual they targeted was Sahar Nowrouzzadeh, an Iran expert who used to work in the State Department, according to Politico.

According to emails obtained by POLITICO, the agitators included former House Speaker Newt Gingrich, who sent the article to Secretary of State Rex Tillerson’s chief of staff; and an official who falsely claimed in an email to top Tillerson aides that Nowrouzzadeh “was born in Iran,” and also that she had wept after Trump’s election.

The emails show that State Department and White House officials repeatedly shared such misleading information about Nowrouzzadeh, deriding her as an Obama cheerleader and strong advocate for the nuclear deal with Iran, which Trump had repeatedly denounced. Later, after Nowrouzzadeh was reassigned to another job, some State Department officials tried to mislead a POLITICO reporter about whether she’d completed her full tenure in [head of the State Department's Policy Planning Staff Brian] Hook’s policy shop.

Former House speaker Newt Gingrich reportedly forwarded to a White House official an article from the right-wing website Conservative Review that made false claims about Nowrouzzadeh.

Politico also discussed how Nowrouzzadeh was not the only official singled out over concerns that she might be less than 100% loyal to Trump and Trumpism.

An email Hook sent to himself on April 25 included a list of names with questions about their loyalties, including the charges that one was a “leaker and troublemaker” and another a “turncoat.”

Politico also reported that Trump administration officials attempted to spin Nowrouzzadeh's reassignment as normal rather than politically motivated, perhaps because firing or retaliating against government employees for political reasons is against the law. Because government officials do have considerable liberty when it comes to reassigning or promoting employees, however, the fact that Nowrouzzadeh continued to work in the government and wasn't outright fired could protect the Trump administration from legal consequences.

That said, some of the emails suggest that Nowrouzzadeh's Iranian background could have contributed to her being singled out as well. If Nowrouzzadeh suffered career-based consequences because of her background, that would violate federal employment law.