When a California school locked a gate, students broke it to protest gun violence

For these students, nothing was going to get in the way of standing up and walking out 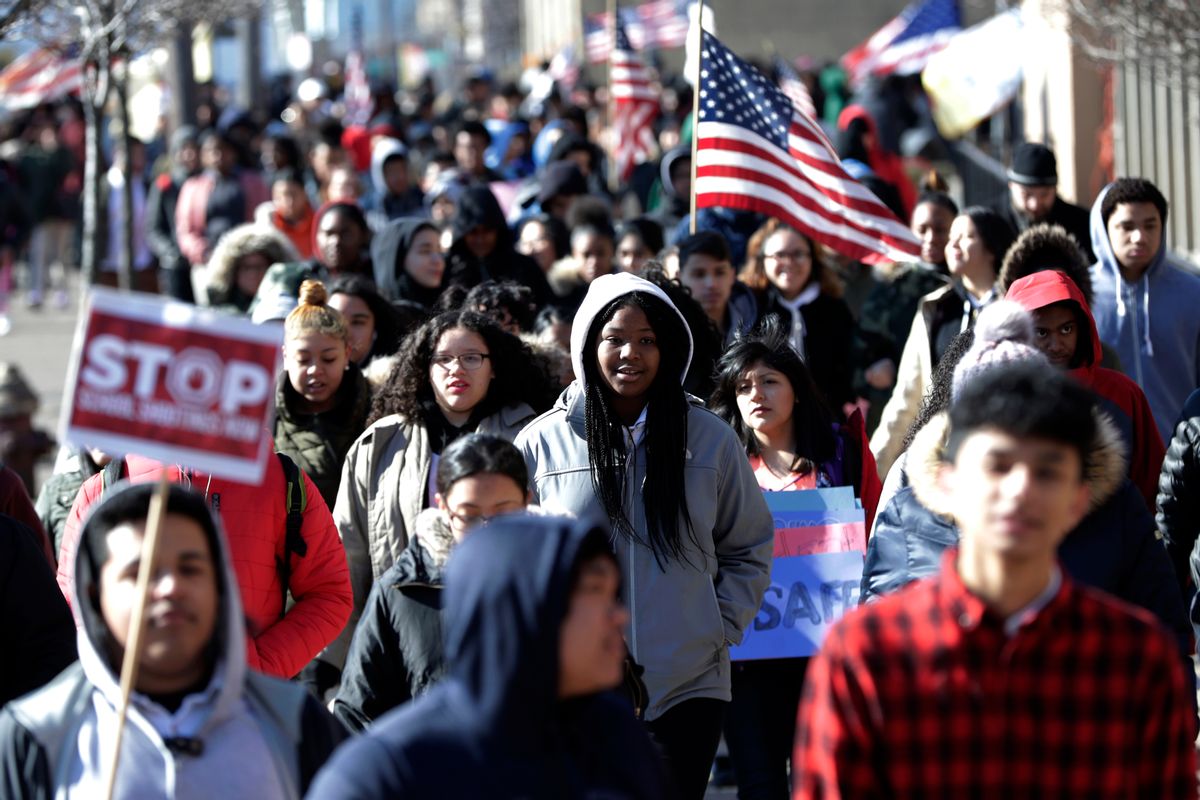 Students at a high school in California literally stormed through a gate in order to protest America's gun lobby.

The protest occurred at Mt. Diablo High School in the town of Concord, according to The San Jose Mercury News. Gates around the main campus had been locked prior to the walkout, but at 10:15 a.m., students burst through a back gate in order to march down a nearby street shouting, "Enough is enough!" Some of them held up signs further reflecting their dissatisfaction with the state of American gun laws. The students were persuaded to return to the campus after administrators said there would be phone calls made to their parents if they did not do so.

Mt. Diablo Unified School District Superintendent Nellie Meyer told the press in a statement that the gate in question usually remained locked during school hours to prevent drivers from using a street that runs through the campus.

"These students, during the time of remembrance, chose to show their protest by breaking a gate in the street rather than walking to an open exit nearby," Meyer told reporters.

The students may not have been aware of the nearby exit, but it was noted that a gate near the main entrance which is usually unlocked was locked on Tuesday.

The Concord protests were part of a wave that occurred throughout the United States on Wednesday. Tens of thousands of students participated in the #ENOUGH National School Walkout in order to express their opposition to policies that they perceive as placing gun ownership rights over their own lives. The protests stretched from New York City to Colorado, and from Washington to Florida.