New data shows that in the UK, women are earning about half of what men are — but the firm seems OK with it 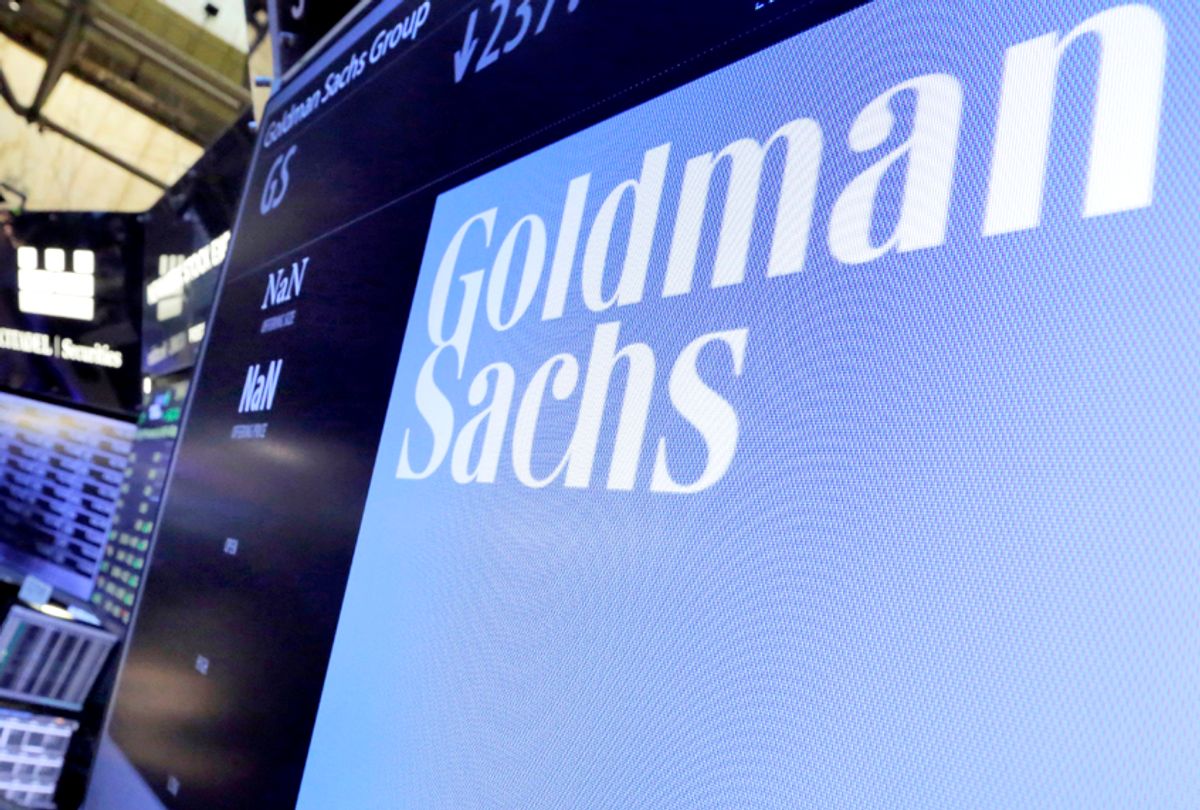 Goldman Sachs Group Inc., the American multinational finance company, is paying female employees significantly less than male colleagues in the U.K. This gender pay gap means women on average make 56 percent less than men, and it is one of the steepest pay gaps recorded, Bloomberg reported.

If you include year-end discretionary bonuses, this gap balloons to 72 percent. The gender pay gap is likely a result of the domination of men in the highest, most lucrative positions at the firm. "Women make up only about 10 to 12 percent of the firm’s partners, its highest rank," according to Bloomberg. "The figures show the imbalances that still exist at the biggest financial firms and keep a spotlight on Goldman Sachs, which has fewer women among its top executives than some top rivals."

Gender pay disparities have made headlines recently for their pervasiveness in Hollywood, but it is a reality that punctures most industries, especially finance. A report from last month revealed that Barclays investment bank also significantly underpays women employees and that women make up less than one third of the company's leadership.

Goldman Sachs' leadership sent a memo to staff extending its commitment to workplace diversity in the future. "We also need to hold ourselves accountable to providing more opportunities for women and diverse professionals to rise to the highest levels of our firm,” executive officers wrote in the memo, without providing a timeline for how this would happen.

Goldman Sachs also joined 44 other international banks to sign up to a charter, which covers over 650,000 financial services employees in the U.K. and mandates that firms will employ women in senior management positions.

But in a statement Friday, Goldman Sachs walked back on taking full accountability. "We are a meritocracy, and gender is not a factor in the way that we pay our people," the bank said on its website. "We pay women and men in the same way, using the same compensation criteria, including the nature of their role and their performance."

The statement invokes common misconceptions about the gender pay gap, by failing to acknowledge its systemic nature and instead placing the onus of pay onto individual women employees and their performances. It promotes a mode of thinking that if women would just work harder, they would be compensated comparably. But as Liz Posner writes for Alternet, "As long as male-dominated careers are seen as more prestigious; as long as girls are not encouraged to pursue higher-paying fields early on in life; and as long as working full-time as a mom continues to be a taboo, women will continue to wind up in jobs that pay less."