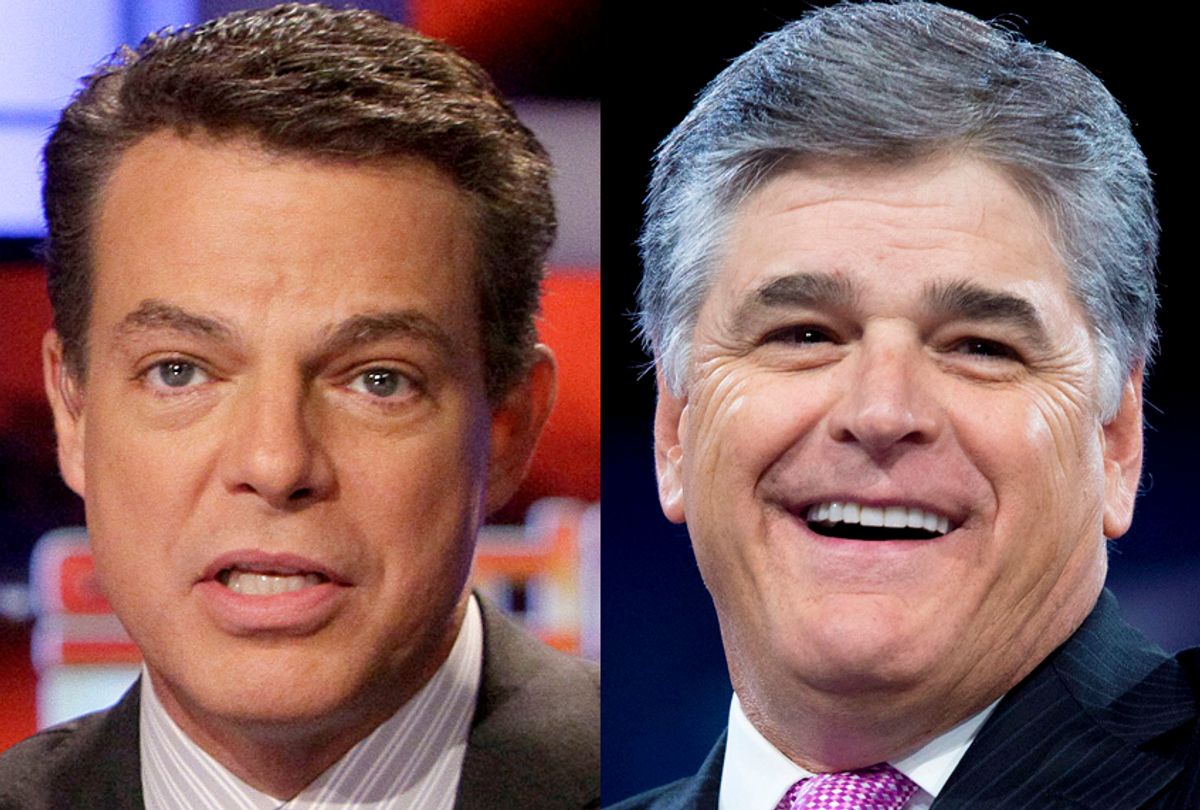 There seems to be a divergence between Fox's journalists and its opinion talking heads — and two prominent names are taking it out on each other.

It all started when Fox News anchor Shepard Smith — not afraid to express his opinion — told Time that the opinion side of the network doesn't "really have rules" and exists "strictly to be entertaining."

"We serve different masters," the 54-year-old anchor said when discussing the difference between the opinion side of Fox News, which includes shows such as "Hannity" and "The Ingraham Angle," and the network's news division. "We work for different reporting chains, we have different rules. They don't really have rules on the opinion side. They can say whatever they want. If it's their opinion."

Sean Hannity didn't kindly take to Smith's words and responded Friday morning: "While Shep is a friend with political views I do not share, and great at breaking news, he is clueless about what we do every day."

Laura Ingraham also weighed in, saying that her team was reporting things.

But Smith wasn't alone in thinking the network serves to entertain. Jay Wallace, the network’s president of news since 2017 and Smith’s former executive producer, said he saw the entertainment industry — not other news outlets — as the network's primary competitor. “People may turn on the network and get pissed at whoever’s on, but the storytelling that we have and the way that we break stories down is so important and compelling, they don’t leave,” he told Time. “And when they do leave, they’re probably going to turn on Netflix.”

And besides, Hannity's tweet broke some news — that he is in the news business! The talking head has long hidden behind the message that he isn't a journalist, whenever he's been confronted with claims of journalistic malpractice.

Then again, Hannity doesn't really have one solid opinion on where he fits in the news/opinion paradigm. Because even though he's said he's not a journalist, he has also said he is a journalist — just an advocacy journalist.