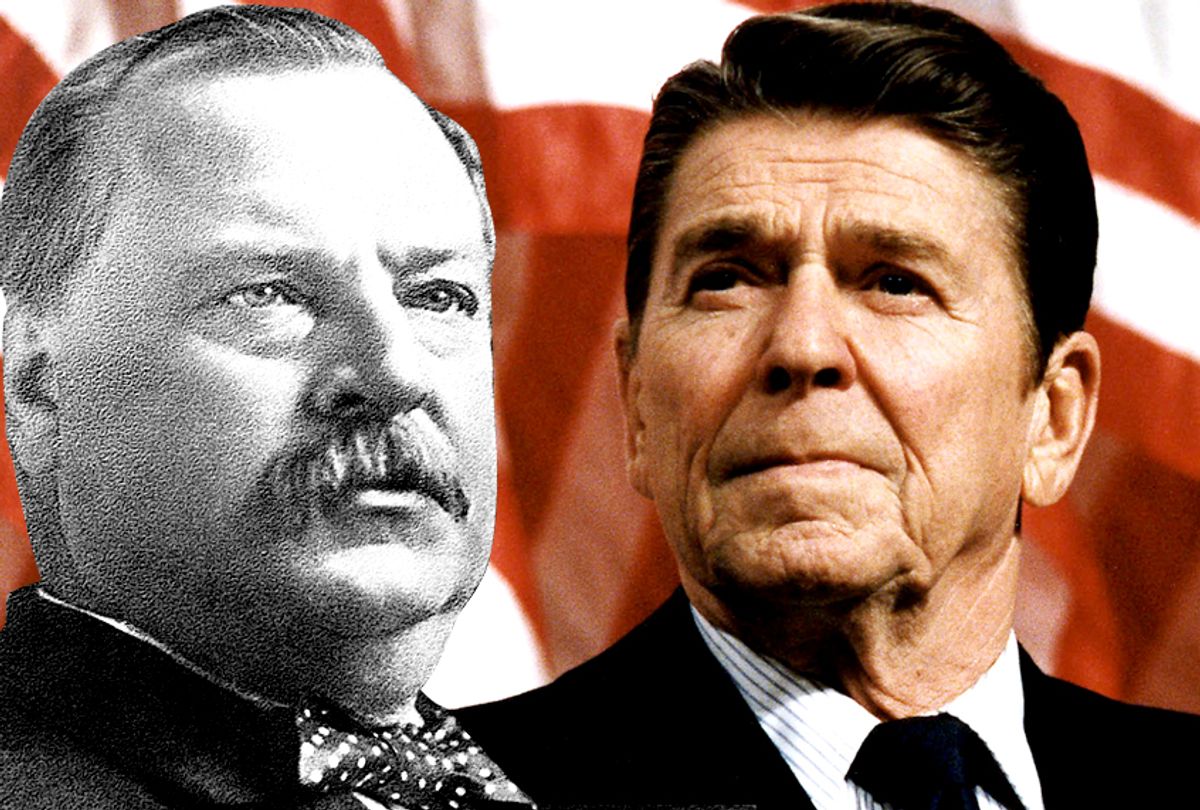 It is wrong to cheat on welfare. Let's agree on that. It is a much greater moral wrong, however, for people to live in poverty.

As such, I'd like to advance the proposition that the presence of welfare cheats is the price every decent person should accept as a penalty for living in a society that allows poverty to exist.

This is not an explicitly political argument. From a legal and policymaking standpoint, I agree that welfare cheats should be identified, thwarted and prosecuted to the full extent of the law. Just as a mature mind can entertain an idea without automatically agreeing with it, so too should mature souls be able to recognize that there are certain laws that are broken not only because the lawbreakers themselves are criminals, but because society itself cultivates their criminality through its own systemic injustices.

If you're wondering how this ties into President Grover Cleveland (whose birthday falls on March 18), I'll start by confessing that I'm writing an academic dissertation on the subject of his pension vetoes. That might seem like a rather dry subject at first glance, but as a student of Cleveland's presidency (also the subject of my masters thesis), I can safely say that they are among the more fascinating presidential documents in American history.

Their origin story is simple: After the Civil War, men and women who claimed to be eligible for veterans pensions (which you could receive either as a military veteran or a veteran's dependent) frequently found their claims rejected by the Pension Bureau. When that happened, claimants could ask their congressman to write a special bill granting them an individual pension, which would then be passed by the legislature and signed into law by the president.

At least, that was the standard practice until Cleveland took office. Instead of simply signing these claims into law without a second glance, he spent hours poring through each individual case to determine whether he thought it was meritorious. If he decided it wasn't, he would not only veto the pension bill, but publicly shame the intended beneficiary for being a welfare cheat.

He did this more than 200 times, a decision that went a long way toward earning him the distinction of having vetoed more legislation than every other president before him. Combined.

As works of literature, Cleveland's pension vetoes are an undiscovered treasure (hence my decision to devote an entire dissertation to studying them). With spartan prose, a scathingly moralizing tone and the occasional flare of crackling wit, Cleveland dressed down ordinary citizens whom he perceived as robbing the taxpayers and disrespecting the memories of actual Civil War veterans. (Cleveland himself, for what it's worth, had paid a substitute to fight in his place.) He is at his best when he indulges in Chris Christie-level snark, as when he rejected a claim from a man named Alfred Denny on June 22, 1886. After noting that Denny said he had been injured while riding his saddle, Cleveland wrote:

The number of instances in which those of our soldiers who rode horses during the war were injured by being thrown forward upon their saddles indicate that those saddles were very dangerous contrivances.

Or take this occasion, when he selectively quotes from a medical report that breaks down the character of a particularly unworthy recipient, a hapless gentleman named Abraham P. Griggs, on Feb. 4, 1887.

We do not believe him sick, or that he has been sick, but completely worthless. He is obese, and a malingerer to such an extent that he is almost an imbecile — worthlessness, obesity, and imbecility and laziness.

Tack on Cleveland's own damning appraisal that uses Griggs to condemn the whole pension system — "I do not find it at all strange that this claimant, encouraged by the ease with which special acts are passed, seeks relief through such means ..." — and it's pretty easy to see that the archetypal welfare cheat so often denounced by conservatives today was alive and well in the 1880s.

Yet Cleveland's actions do prompt a few questions. First, did these people whom he humiliated and condemned to potential destitution really deserve that fate? Second, was this a constructive use of the president's time? And third, why were these people hoisted up as great villains in late 19th-century America?

The answers, in order, are: Cleveland was right on some occasions (such as with Griggs), unsympathetic at best on others (such as with Denny) and downright cruel far too often. (He had a particular bias against women and survivors of suicide victims.) No, this was absolutely not something that any president should have prioritized, considering that much less money was being wasted on erroneous pension vetoes than on a number of other projects. And the reason these people were put in the metaphorical stocks is that, simply put, America has long preferred to punish the poor instead of solving the problem of poverty.

The 1880s, like the 2010s and every other decade in American history, was scarred with the consequences of economic inequality. Millions of people worked at jobs that paid them nowhere near a living wage, and often forced them to labor in unsafe conditions. Women, immigrants and racial minorities were particularly vulnerable to economic exploitation. Large corporations were able to damage the lives not only of workers, but of consumers and the general public, through corrupt and shady actions that they got away with by generously funding their pet politicians.

In an era where these problems are rampant, can we really blame individuals who decide to cheat the system — or even, through legitimate means, become dependent upon it? How are they worse than the super-rich who rig the system in their own various ways, many of whom (like President Donald Trump) have never known hardship and were far more coddled than the most egregious of welfare cheats?

On another level: How can we expect a society that allows human beings to live with the indignity of poverty to be treated with respect in turn? If we say that any human being should be forced to want for the basic necessities encapsulated in the Economic Bill of Rights propounded by President Franklin D. Roosevelt (a very different kind of Democrat from Cleveland), we implicitly argue that their degradation is an acceptable social price. How can we fault that human being for stealing what little he or she can in order to get by?

As I dive into the exciting project of writing my dissertation, I look forward to tackling Cleveland's answers to these questions, which I recognize are very different from my own. Yet I cannot resist the urge — as Americans prepare to dutifully forget his 181st birthday this weekend — to point out that the sharp tongue he utilized to present his side of this argument deserves an equally sharp response from the other side.

Until every last poor person in America is guaranteed his or her basic needs, I don't give a damn about welfare cheats.