Season 2 of the Netflix series takes a hard look at the bonds women share, and it's not gentle 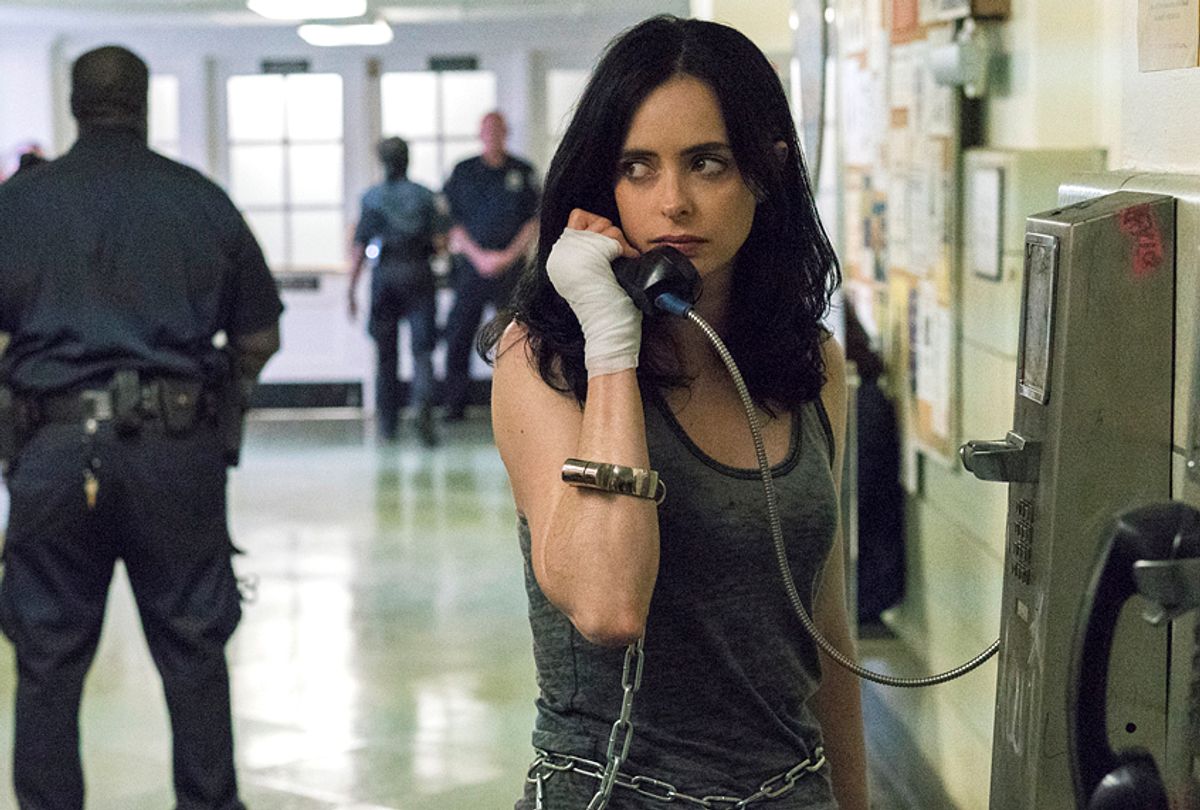 Not long after my mother’s death I came undone, unexpectedly, for the first time. It happened in the middle of an interview that was bound to be triggering in some way, since the subject is an expert on mother loss. Still, it knocked me for a loop because of how easily it happened. All it took was a simple question: “Were you and your mother close?”

Presumably the answer should be simple. I presume this because for me, it isn't. From my perspective the response is a yes, a deep and painful affirmative, no doubts. My mother would have said yes too. This I’m sure of. Even so, barriers built out of uncertainty and disappointment stood between us. The perception of a love measured in degrees and shifts. Intense, yes, but different from what she felt for other siblings. She loved parts of me more than others. She loved some parts of me, especially those that closely resembled her, the least.

This I’m sure of.

“Were you and your mother close?” That question drives season 2 of “Jessica Jones” to interesting places. But it’s also one part of the drama's broader examination of how intimately involved women can be in creating one another. Mothers mold their daughters, and maybe sisters remind us of how we were when the clay was fresh. Friends glue the cracks and shine up the spots created by our stumbles and crashes against a hard and unforgiving world.

At first, season 2's narrative appeared to nod at the worldwide explosion of female wrath, erupting in response to many lifetimes of putting up with patriarchal crap at all levels — in our homes, at work, in the streets, in the courts, even at the goddamn salon. Why does a woman with short hair pay more than a guy for the same damn haircut? There’s still no good answer!

What doesn’t reveal itself until we’re well into these new hours is the show's portrayal of the uncomfortable truth that so much of the trouble women are demanding rectification for right now was not only caused by men but enabled, whether intentionally or unconsciously, by other women.

The new season kicks off with Jessica (Krysten Ritter) seeking answers about the origins of her superior strength, the result of experiments run by a company called IGH, who used her body without her consent. In the course of revealing how she got her powers Jessica tracks down the doctor who supervised the experiments (Callum Keith Rennie) and finds out that his greatest achievement, and his most unstable, was to bring Jessica’s mother Alisa (Janet McTeer) back from the brink of death.

The downside of her resurrection is that she lost nearly half a year of her life to a coma, and along with gaining a strength greater than Jessica’s, she internalized an uncontrollable and explosive rage. From the moment she awakens Alisa’s burden has been to stifle that fury. Her inability to do so leads her to lose Jessica — first to Trish (Rachael Taylor) and her mother Dorothy Walker (Rebecca De Mornay).

In this way “Jessica Jones” expands upon its central theme of surviving trauma and physical violation. The first season’s villain is much simpler in this regard, embodying the threat in the form of a mind-controlling rapist named Kilgrave (David Tennant). But this season also becomes a journey of identity. From the beginning of the series Jessica insist she’s not a hero.

This season doesn’t leave her with any more clarity about that definition, but it does force her to figure out what other people in her life mean to her. Numerous series have validated, if not celebrated, the concept of people choosing their families when the one they’re born into fails them. “Jessica Jones” approaches that concept at another angle: Sometimes you need both types of families, and sometimes neither is enough. In any event, the one certainty this season solidifies is that no matter what happens to a woman, her origin story begins with her mother.

Frequently, though, television writers contemplate this from the perspective of children (the entertainment industry has a reputation of being a gigantic art therapy canvas for the extraordinary and underappreciated). “Jessica Jones” gives us the maternal point of view. Alisa loses everything — her face, her family, her life as it was. She can never get it back, and that realization transforms her into a murderous virago. Eventually she is convinced that she doesn’t need to.

And yet, there’s the pull of history, of blood — the spilled blood of the car accident that wiped half her family out of existence and erased the remnants of a dying marriage, and the blood she shares with her child. Not just her child, her daughter.

But like all mother-daughter relationships, the Jones women are complicated. Both are lonely and harbor an intense hunger for connection. Both separate themselves from others, to keep themselves safe and to prevent bringing harm to others. Alisa, especially, is a physical danger to her daughter and everyone around her. Very little is required to trigger Alisa, and this includes frustration and anger. “This is how I get my mom,” Jess resignedly says in voiceover after quelling one of her mother’s (or, her other’s?) tantrums.

Season 2 grants Trish a similar trajectory, as she questions her usefulness as a talk show personality, eventually allowing an envy of Jess’s superpower to taint her judgment and eventually ruin her life.

Alisa loves Jessica to the point of insanity, at least; Trish’s mother Dorothy can’t see past her own obsession with wealth and success. Both mothers need their daughters as much as their daughters need their mothers; both daughters need each other. All of them lose a part of themselves the course of events — in drugs, in loneliness, in poisonous rancor and, with Jessica, in gallons upon gallons of whiskey.

Mothers and daughters fuel one another for better or worse. Mothers and daughters push one another, let’s not forget. And in this way the series is still very much a response to our new vision of feminism and its gains. Rebecca Solnit’s moving piece in the Guardian usefully reminds us that this explosion of women’s empowerment didn’t simply burst forth from nowhere. “It is a revolt for which we have been preparing for decades,” she writes, “or perhaps it’s the point at which a long, slow, mostly quiet process suddenly became fast and loud.”

Where this relates to “Jessica Jones,” in case you’re wondering, is that it acknowledges the thankless work of the women that came before. By the season’s end the narrative makes the point that daughters help define their mothers and mothers do the same for their girls. In this sense we learn to do for one another. For what happens when a woman loses herself? Who is there for her, if not other women?

Alisa wrestles with this separately from Jessica and in the scenes they share. One of the first conversations involves her desire to “correct” Jessica’s faded and fictionalized memories of her life before that car accident and absolve her of the guilt she’s carried for her entire adult life. But she also relates to her daughter as another woman who, like her, tried desperately to find someone to hold onto and ended up hurting others and being hurt.

In this way Jessica and Alisa reveal the answer to that question that left me in tatters the first time it was asked. “Were you and your mother close?” Yes, and no. But in the ways that it matters, without a doubt — yes.