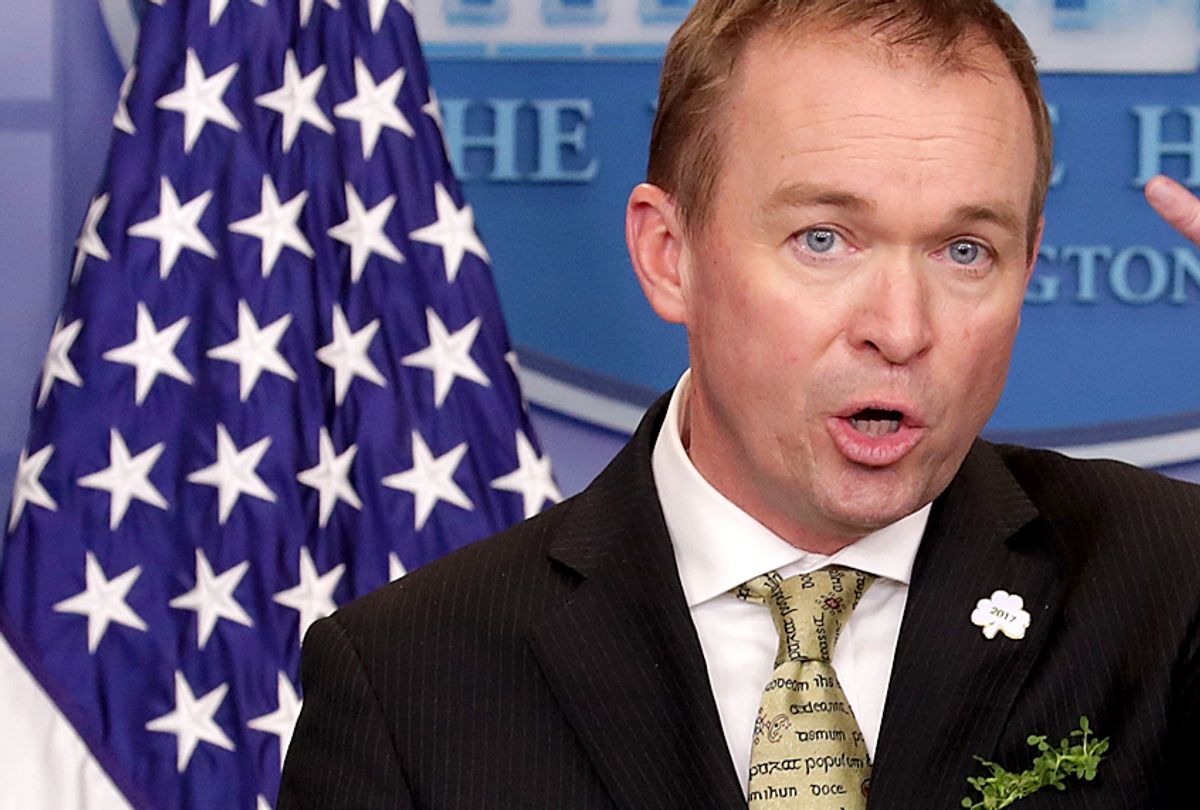 Fighting back against the small-minded, self-interested, anti-historical right-wing tendency in what is left of Irish-American culture is the definition of a futile struggle. Some of us persist anyway. That created a bond between me and my former boss and former colleague Joan Walsh, now a Nation columnist and CNN commentator, that in many ways outlasted our disagreements about Hillary Clinton or the Democratic Party or the American left: We knew we both understood the tormented social and political odyssey of the Irish in America on a painful and personal level. (Joan’s 2012 book, “What’s the Matter With White People?,” includes some fascinating historical and anecdotal material on that subject.)

I met the legendary 1960s activist Tom Hayden exactly once, at a lefty conference about a dozen years ago in St. Louis. We talked for less than 10 minutes, but that was the subject: Hayden had written a book in 2002 called “Irish on the Inside” (which I had reviewed) that attempted to reclaim the progressive Irish-American tradition and to some extent anticipated contemporary debates about “whiteness” as a constructed (and destructive) social category. By the end of our conversation Hayden addressed me as “brother,” and we parted with what today might be categorized as a bro-hug. At the time it just felt like recognition that we were fellow travelers on a lonely road.

Hayden died about two weeks before Donald Trump was elected president in 2016, which at least meant he didn’t have to confront the rise to prominence of Mick Mulvaney, the dark-hearted leprechaun of the Trump White House, who single-handedly combines all the worst propensities of Irish America in one shamrock-festooned package. Mulvaney didn’t even make the list when I published a St. Patrick’s Day lament in 2014 about the grotesque and stereotypical character of Irish identity in America, as personified by Bill O’Reilly and Sean Hannity. (That article got me lots of “fan mail,” let’s call it, from the middle-class suburban regions of metropolitan North America. People in Ireland, meanwhile, mostly seemed to enjoy it.)

Mulvaney was a little-known Tea Party congressman from South Carolina at the time, who dreamed of kneecapping Obamacare and shutting down the government but could hardly have envisioned the glorious career that lay ahead of him as the Platonic ideal of the “gombeen man.” Yes, I will explain beyond that link.

Various commentators, myself included, have observed that the Trump White House, at least in its early iterations, featured the biggest infusion of Celtic DNA since JFK: Mike Pence, Steve Bannon, Michael Flynn, Sean Spicer, Kellyanne Conway and John Kelly are all primarily of Irish ancestry, without even getting to congressional enablers like Paul Ryan and Kevin McCarthy. But none of them flaunt it half as ostentatiously as Mulvaney, the head of Trump’s Office of Management and Budget (and also the interim head of the Consumer Financial Protection Bureau), who showed up last St. Patrick’s Day apparently dressed as the Lucky Charms leprechaun. A budget that cuts taxes on the rich and also eliminates meals for poor kids and elderly people: It’s “magically delicious”!

But it would be patently unfair to claim that Mulvaney is a faux-Irish caricature, like the General Mills spokes-elf. Unfortunately, the cruelty and darkness he embodies comes from deep in the Irish tradition, and is a lot less charming than the purveyor of marshmallow-encrusted, electric-green clovers.

It took about 30 seconds of internet research to learn that John Michael Mulvaney’s grandparents came to America from County Mayo, a rocky, windswept and sparsely populated region on Ireland’s northwestern coast. This was somewhat distressing on a personal level: My grandparents came from Mayo people too, putting the odds that he and I are distant cousins somewhere around 40 percent. But almost anyone with a sense of Irish history (or anyone who saw the movie “Brooklyn,” for that matter) will recognize the Mulvaney type: He is the begrudger and belittler, the landlord’s man, the unforgiving priest or harsh schoolmaster, blaming the suffering of others on their laziness or lack of virtue. He is the forelock-tugging shoneen, craving the approval of his aristocratic masters. He is the aforementioned gombeen man, a small-time opportunist who cheats his own people mercilessly for wealth, power and social standing.

Some readers will recognize that I am combining villainous Irish archetypes that may be related but are distinctly not the same. That’s more or less the point: Mick Mulvaney is like a stagnant pool collecting the long, swirling current of Irish-American doubt, shame and self-hatred, which has manifested all too often as bigotry, cruelty and a false or exaggerated sense of racial pride. The Irish came to America as miserable and despised immigrants, subjects of both a quasi-genocidal colonial conquest and a pseudo-Darwinian social experiment (during the Great Famine of the 1840s). As Hayden wrote in 2002, they gradually “became white, became conservative, became superpatriotic,” and did everything possible to separate themselves from African-Americans, the one group clearly below them in social status. (Joan Walsh’s book presents evidence that New York’s 19th-century Anglo elite perceived the drunken and debauched Irish as a pernicious influence on the city’s industrious black community, rather than the other way around.)

It's only fair to observe here that the Irish progressive tradition cherished by Tom Hayden and so many others is by no means dead. Even in terms of American electoral politics it's not clear, despite the O'Reillys, Hannitys and Mulvaneys, that Irish-Americans have gone over to the dark side en masse. (White Catholics are still more likely to vote for Democrats than Republicans, and Irish-Americans are the largest slice of that demographic.) But there's no disputing that a group that was once the bedrock of the Democratic electorate has become far more suburbanized, deracinated and conservative, and relates to its heritage as a sentimental flavoring with no present-tense relevance.

No one could represent this more perfectly than Mulvaney, who so conspicuously (or so desperately) embraces that identity but became first one of the most right-wing members of Congress — from a deep-red state with a white-supremacist history, long dominated by evangelical Protestants — and then a prominent figure in an administration whose top two priorities seem to be the vicious police-state persecution of immigrants and the accelerated transfer of wealth from the poor to the rich. That is profoundly and tragically ironic, but by this point can hardly be called surprising. Anyway, that isn’t what makes Mulvaney the ne plus ultra of gombeen men, the gombeen man to whose excellence lesser imitators can only aspire.

As Mulvaney’s Mayo grandparents would certainly have known, the term derives from the Irish word gaimbín, meaning “interest,” in the financial sense, and used to refer mainly to a pawnbroker or moneylender. But in the historical imagination, the gombeen man was a merchant or shopkeeper who profited from the desperation of the starving Irish peasants during the Great Famine, often by selling food or supplies on credit at exorbitant rates. Though almost certainly Irish himself, the gombeen man was seen as allied with the English landlords who owned nearly the entire country, and often worked for them. He was a soulless, small-time traitor to his own people, captured this way by the popular nationalist poet Joseph Campbell:

Behind a web of bottles, bales,
Tobacco, sugar, coffin nails
The gombeen like a spider sits,
Surfeited; and, for all his wits,
As meagre as the tally-board
On which his usuries are scored.

Mick Mulvaney has taken on two jobs in the Trump administration, each of them gombeen-like. He’s the spokesman and messenger boy for Trump’s sadistic if largely imaginary budget proposals, which appear to be built on the principle that the poor are to blame for their plight and must be punished for it. Worse yet, perhaps, he has set out to defund and destroy the CFPB, an agency meant to protect vulnerable people from payday lenders, subprime mortgage hucksters and other financial predators. In other words, from the gombeen man.

So Mulvaney himself is much more than the gombeen man. He is the stalwart defender of the gombeen man and his entire industry, and the scourge of his enemies. He is the preacher of the gombeen gospel, translated into the American idiom as the national creed that greed and mendacity are not shameful but noble, and that the real history of those of us who came here from other places as impoverished, suffering human refuse is best forgotten or buried or turned upside down. It is a great accomplishment of denial and repression, one that summarizes far too much of the Irish-American story.

Happy St. Patrick’s Day, Mick. You and I may well have ancestors in common, sleeping in the rocky soil of Mayo. Let’s raise a glass to them, shall we? If only they could see you now.