Alt-right is dying, but powerful conservatives are mainstreaming its ideas

Even as the alt-right movement crumbles, conservative media works to normalize its noxious views 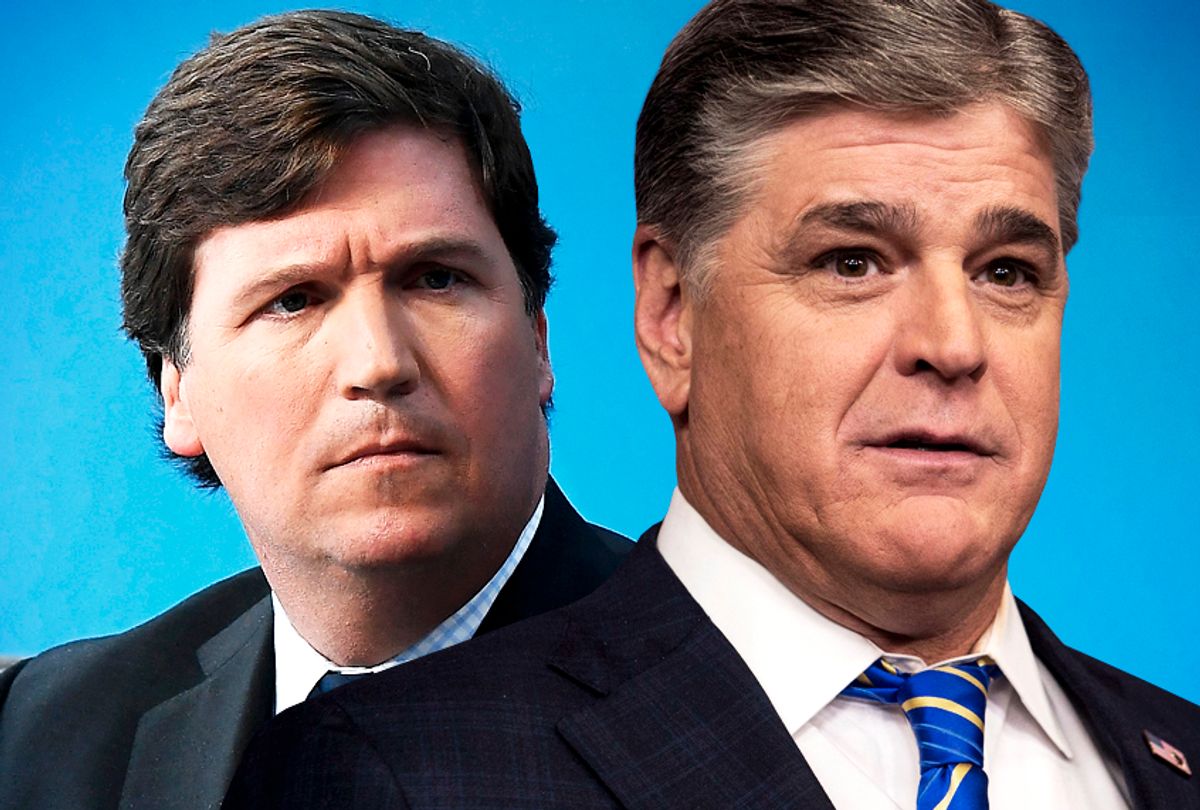 For the alt-right, it's the best of times and the worst of times. The actual community — an amorphous blob of far-right extremists, wild-eyed conspiracy theorists and outright neo-Nazis — has grown increasingly chaotic and fractured, torn apart by infighting and legal troubles. But the actual ideas that fuel the movement — that white Christians are oppressed, that a cabal of murderous "globalists" is conspiring against them, that racists and misogynists are brave truth-tellers standing up to "politically correct" tyranny — are more popular than ever. They have been brought from the far-right fringes into the mainstream, by both conservative pundits and the Republican Party itself.

The truth is that the alt-right has been in disarray since the Unite the Right rally in Charlottesville, Virginia, last August. The event was meant, as the name suggested, to unite the often-quarreling factions of the far right. Instead it descended into gruesome media spectacle and real-world violence, resulting in one death and multiple injuries. The alt-right has never really recovered, instead fracturing into ever-smaller groups that hate each other nearly as much as they hate "social justice warriors."

The past week alone captures the collapse of the movement. Richard Spencer, who tried to put a dapper face on white nationalism, has seen his audiences dwindle down to nearly nothing, even as there are still rowdy and violent protests outside of his speaking gigs. His lawyer, Kyle Bristow, threw in the towel, sick of all the negative press, which makes it even harder for Spencer to mount the aggressive legal tactics that get him speaking gigs in the first place.

YouTube, the favored platform for alt-right fundraising and recruitment, is starting to crack down on hate speech and overt falsehoods, leading to panic and stress among those who have tried to make a living as white nationalists, conspiracy theorists or other assorted crackpots.

The Traditionalist Worker Party is falling apart, after its leader, Matthew Heimbach, was arrested for battery after attacking his wife and his spokesman, Matt Parrott, when the two confronted him about his alleged affair with Parrott's wife. Parrott also happens to be Heimbach's wife's stepfather. Jean-François Gariépy, a prominent alt-right YouTube personality who works closely with Spencer, is also having a public implosion, as his legal troubles, multiple failed marriages and accusations that he exploiting a mentally disabled woman in what may have been an immigration scam were reported by the Daily Beast. Stewart Rhodes, the founder of the far-right militia group Oath Keepers, had his own family scandals exposed when his wife accused him of repeatedly threatening her with a gun and choking his teenage daughter.

All this strife may not matter much, however, because the alt-right has been disturbingly successful at injecting its message into the mainstream of conservative America, by way of Fox News and the Republican Party.

Obviously, the most consequential figure in this process has been Donald Trump, who continues to use his bully pulpit to promote racist ideas. On his recent trip to San Diego he returned to his favorite subject, proclaiming, "If you don’t have a wall system, we’re not going to have a country."

But the rest of the GOP is getting bolder about winking at white nationalists as well. When a Democratic state representative in Tennessee tried to pass a resolution condemning white nationalists and pushing law enforcement to treat domestic terrorism as equal to other forms of terrorism, Republicans killed it in committee, quibbling over the definition of "terrorism." (In fact, right-wing terrorists killed far more people that Islamic terrorists on American soil in 2017.)

When Texas universities and the Alamo were beset by white nationalist groups holding torchlight rallies and spreading flyers, state Republicans responded by holding a hearing. Not about the dangers of white supremacy, heaven forbid, but about the alleged threats to "free speech" — even though no real evidence of censorship was presented. The whole debacle was a wet, sloppy kiss to white nationalists, indicating that mainstream Republicans believe that protesting racism is more dangerous than racism itself.

Since then, Austin has been hit by a series of fatal bombings that many fear are motivated by racial animus.

Tucker Carlson of Fox News has been carefully spooning out increasing amounts of white nationalist rhetoric to his audience for months now, much to the delight of white supremacists. These days, it's often hard to tell Carlson's show from the rantings of white nationalists on Twitter.

This week, Carlson leaned hard into the task of normalizing white nationalists, by doing a segment portraying white supremacists Brittany Pettibone, Martin Sellner and Lauren Southern as martyrs because the United Kingdom has banned them from the country. He failed to mention that the three had been involved in a mission to kill refugees by attempting to block aid workers who were rescuing the migrants from drowning.

"They say conservatives could be hazardous to the nation's diversity, somehow," Carlson whined, equating conservatives with white nationalists.

His guest on the segment, far-right pundit Katie Hopkins, took the white nationalist rhetoric to the next level, arguing that the U.K. "really hates itself, its heritage, its own people."

"To be a white, Christian, conservative woman like myself, I’m right up there on the endangered species list … up there with the black rhino — and the black rhino’s got an advantage because he’s black," Hopkins sneered.

The increased emphasis on mainstreaming the alt-right at Fox News has created legal trouble for the network, as the family of Seth Rich is suing host Sean Hannity and the network for promoting an ugly conspiracy theory dredged up from the cesspools of the alt-right internet. Rich, a staffer at the Democratic National Committee, was murdered in Washington in 2016, likely during a robbery attempt. But the sleaze peddlers of the alt-right have tried to argue that Rich was involved in leaking DNC emails to WikiLeaks, and Hillary Clinton had him killed. Hannity pushed that theory on air until the family's pleas caused the Fox brass to compel him to stop, but he continued to refer to it for weeks afterward on social media and his radio show.

These choices by Republicans and conservative media outlets send a clear signal to the alt-right that their repugnant views are shared by mainstream conservatives. So even as the actual alt-right community is torn apart by its internal problems, far-right ideas have broken free of that insular world.