Ahead of the Pence family's new children's book, Oliver released his own version, to outsell the vice president 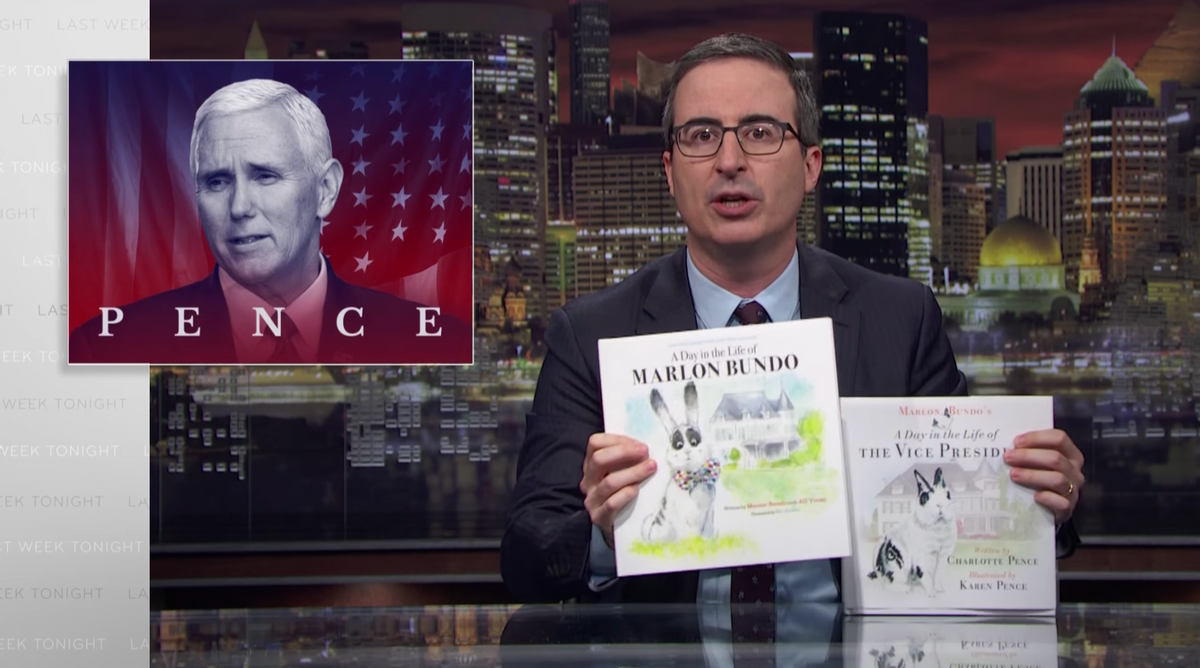 Late-night host John Oliver masterfully trolled Vice President Mike Pence, or "whatever the exact opposite of a 'silver fox' is," by publishing a children's book to compete with the upcoming release of the Pence family's children's book.

Oliver ranted for 20 minutes and warned of the dangers of Pence and his hostility towards the LGBT community, despite his frequent reputation "as the old, boring, principled contrast to Donald Trump."

Oliver discussed the chaos going on throughout the Trump administration but noted Pence has essentially remained immune and that his job is constitutionally protected, which is "worrisome, because he's synonymous with some extreme positions."

The late-night host went through Pence's more animated past, in which Pence slammed the idea of having women serve in the military and mentioned how he "is not and has never been a friend of the gay community."

To close out the segment, the late-night comedian revealed a special surprise for the audience.

"Marlon Bundo’s Day in the Life of the Vice President" is a children's book written by Pence's family, and it tells the story of Pence's job in the White House from the view of their pet rabbit, Marlon Bundo, which Oliver reluctantly admitted was an "objectively good name for a bunny."

"Marlon Bundo is the most likable thing about an otherwise unlikable man," Oliver joked.

But the "Last Week Tonight" host published "A Day in the Life of Marlon Bundo" on Sunday night, and all proceeds will go to the LGBT organization, the Trevor Project and AIDS United.

"This is a real children’s book," Oliver said. "This isn’t some adult book telling Mike Pence to go f**k himself."

He continued, "Although, in buying it, that’s exactly what you’d be doing."

"Now, there are a few small differences between the two books," Oliver told the crowd. "You’ll notice right away that our rabbit has a bow tie, so there’s that. Also our story is about Marlon Bundo falling in love with another boy rabbit, because our Marlon Bundo is gay, just like the real Marlon Bundo."

Watch the full segment below. If the video doesn't display, click here: