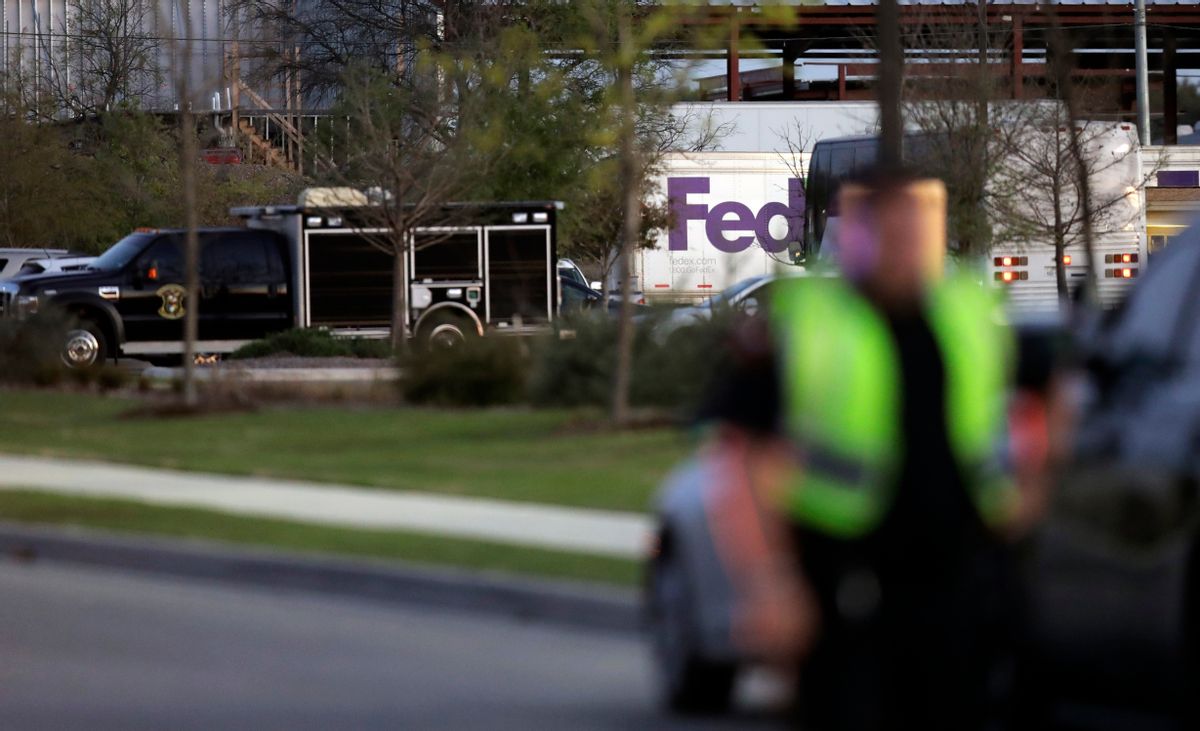 Another package bomb has exploded in the Austin, Texas area, seeming to further reinforce the notion that the area is facing a legitimate terrorist threat.

The bomb detonated early Tuesday morning at a FedEx distribution center near San Antonio, in the town of Schertz. The package was bound for Austin, according to Reuters, where four other bombings have occurred within the last two weeks. This bomb was notable for having a seemingly more sophisticated design than the previous ones. Three of them were parcel bombs that had been placed on residential doorsteps so that they would detonate as they were being handled. A fourth was apparently set off by a tripwire.

"We are investigating it as being possibly related to our open investigation. We can’t know for sure until we have an opportunity to look at the evidence itself," FBI spokeswoman Michelle Lee told the Austin American-Statesman.

One FBI agent told CBS that the package was believed to have been mailed from Austin, to have been heading toward Austin and that it was "more than possible" that it was connected to the other recent bombings in that city, according to the local CBS affiliate KENS-TV. It remains unclear about the extent of the injuries at the FedEx facility, with one local TV station reporting that none of the employees had been injured and the Associated Press stating that an employee had "apparently suffered a non-life-threatening 'percussion-type' injury from the blast," according to NPR.

The trip-wire bomb that detonated on Monday morning prompted Austin Police Chief Brian Manley to issue a public warning at a press conference urging citizens to "have an extra level of vigilance and pay attention to any suspicious device — whether it be a package, a bag, a backpack, anything that looks out of place — and do not approach it."