Austin bomber identified as a white man. Was he a domestic terrorist?

The president and White House talked about the bombings in Austin, but didn't mention the t-word often used 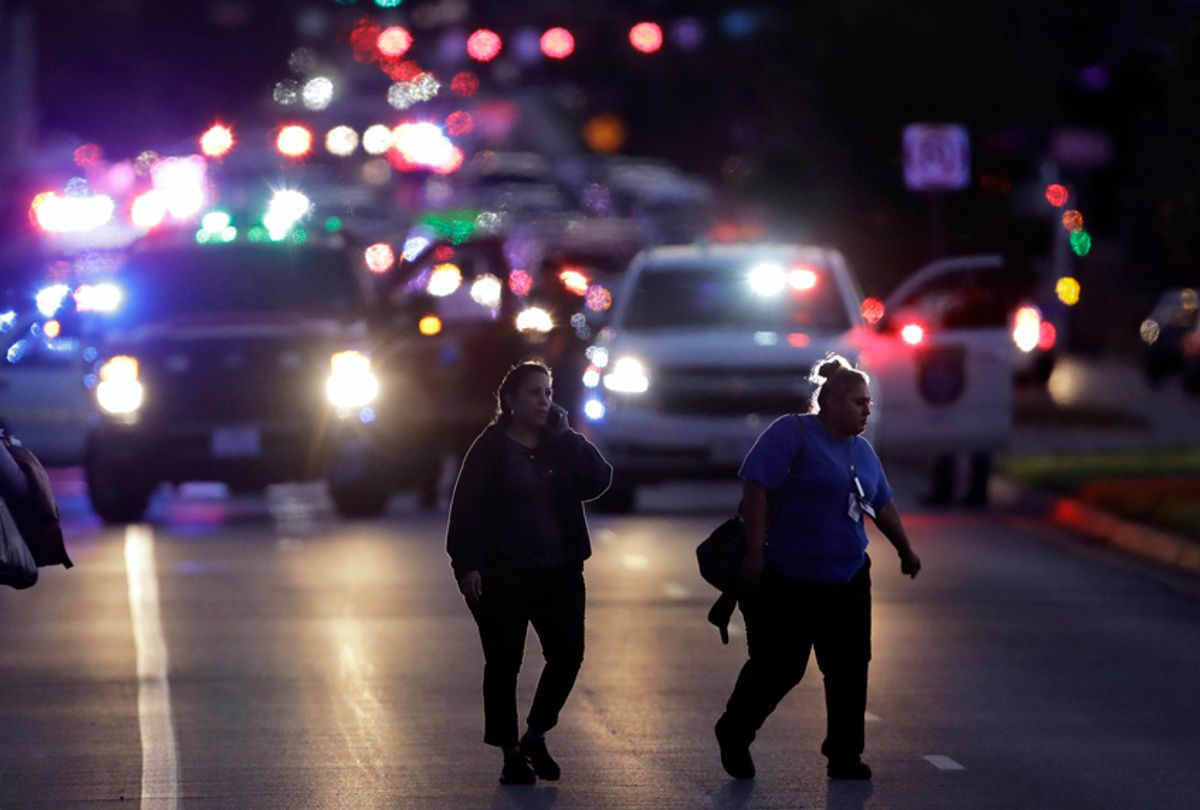 People evacuate as emergency vehicles stage near the site of another explosion, March 20, 2018, in Austin, Texas. (AP/Eric Gay)
--

The man suspected of being behind a series of bombings in Austin, Texas may have blown himself up, but that doesn't mean people are going to accept the fact that he hasn't been widely referred to for what he is — a domestic terrorist.

Police suspect the man behind the bombings was Mark Anthony Conditt, according to NBC News. Conditt was a 24-year-old white man who police managed to locate using a number of sophisticated methods, such as cell phone triangulation and analyzing surveillance footage at an Austin FedEx. A blog post believed to have been written by Conditt identified him as a conservative who opposed same-sex marriage.

"We cannot stand idly by while our communities are under attack. This has become a national security issue and the full investigative force of the federal government must be focused on stopping these attacks," they wrote.

Their statement seemed to counter the sentiments of the Trump White House, which has so far refrained from denouncing the Austin bombings as acts of terrorism.

".@POTUS mourns for victims of the recent bombings in Austin. We are monitoring the situation, federal authorities are coordinating w/ local officials. We are committed to bringing perpetrators of these heinous acts to justice. There is no apparent nexus to terrorism at this time," White House Press Secretary Sarah Huckabee Sanders proclaimed in a tweet on Tuesday.

Others were quicker to use the term terrorism.

Trump has been criticized in the past for his seeming reluctance to use the word "terrorist" when referring to actions undertaken by individuals who weren't known to be Muslim. He conspicuously refused to refer to the white nationalist violence in Charlottesville as acts of domestic terrorism and in general has been much quicker to publicly comment on acts of violence that were clearly caused by Muslims than those in which the perpetrators were white and/or racist.