Tucker Carlson doesn't realize it, but he just argued against gentrification

The Fox News host talked about the dangers of "changing demographics in America," though in a very inaccurate way 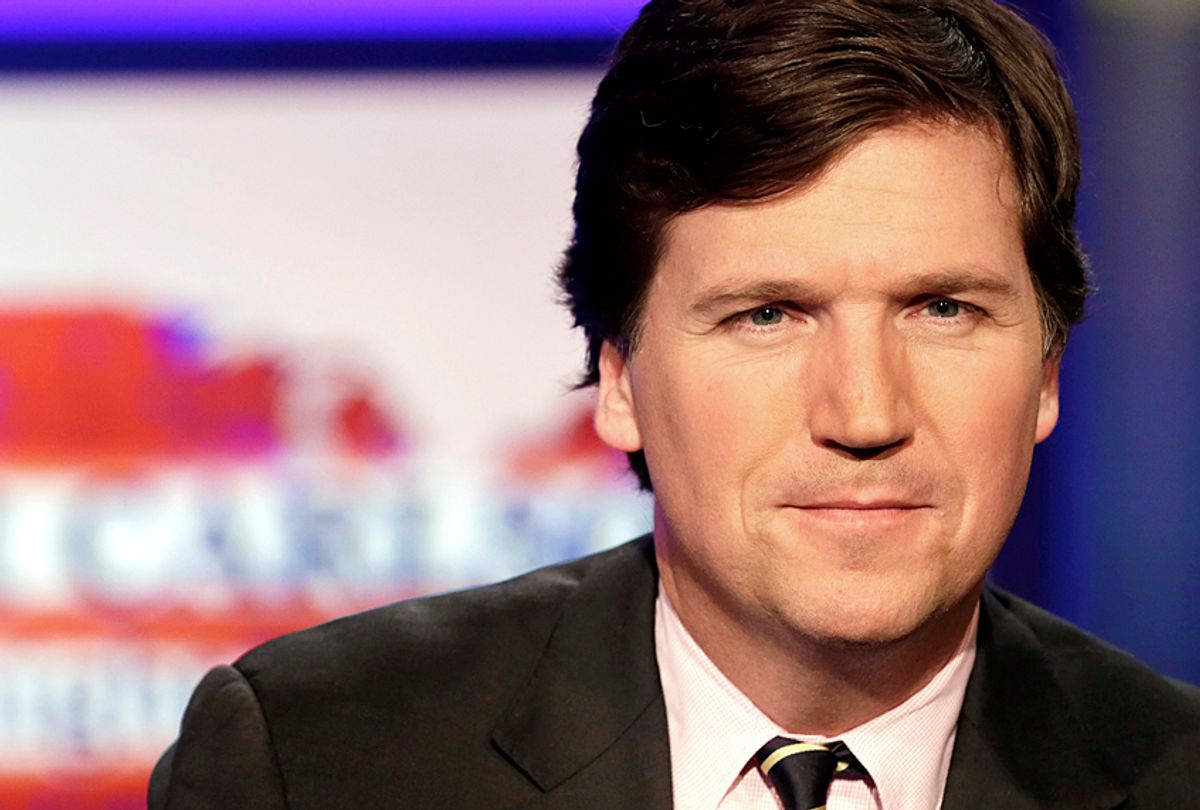 It seems that Fox News host Tucker Carlson has never heard of gentrification.

On Monday night, "Tucker Carlson Tonight" featured a segment lamenting the "changing demographics in America." It was meant to be a commentary on how one town was seeing more Hispanic immigrants, but Tucker was opaque enough to make a larger point about demographics.

"A recent piece in National Geographic tells you a lot about demographics in America and how bewilderingly fast they're changing without any real public debate on the subject," Carlson said. "The magazine profiles a small coal-mining town of Hazleton, Penn. In the year 2000, Hazelton's population was 2 percent Hispanic, just 16 years later, Hazelton is majority Hispanic. That's a lot of change."

He continued, "People who grew up in Hazelton return to find out they can't communicate with the people who now live there, and that's bewildering for people. That's happening all over the country. No nation, no society has ever changed this much, this fast." It is unclear how Carlson came to the conclusion that because someone is Hispanic, that means they cannot speak English.

But while Carlson didn't cite gentrification by name, he did give a very broad definition of it: a changing of demographics in a neighborhood. The only difference is that, when it's gentrification — wealthy people coming in and rising property values — the neighborhood is often getting whiter. Carlson here was upset that the neighborhood was getting less white. It's incredibly bigoted, sure, and Carlson seemingly admitted as much moments later.

"Now before you start calling anyone bigoted, consider and be honest, how would you feel if that happened in your neighborhood?" Carlson asked. "It doesn't matter how nice the immigrants are. They probably are nice, most immigrants are nice! That's not the point. The point is this is more change than human beings are designed to digest."

It is true that neighborhoods and cities across the country are changing at an alarmingly fast pace. Take Washington Heights, the most Hispanic area of New York City. Between 2000 and 2015, the Hispanic population declined by 10,000, even as the population of the rest of the city skyrocketed. At the same time, the white population in gentrifying neighborhoods boomed over the same period.

California is also experiencing rapid changes in urban demographics; native residents are being priced out, while its homeless population continues to balloon. In response to the uprooting of communities and culture, some residents are protesting gentrification. Malcolm Torrejón Chu, of the Right to the City Alliance, told the Guardian, "There is enormous anger and anxiety."

But Carlson continued. "And notice where this change is not happening, anyplace our leaders live," he said, likely talking about Washington. The nation's capital was once described as "Chocolate City," with a population that was more than 70 percent black in the late 1970s. Today the black population has fallen below 50 percent, while the white population has nearly doubled.

For decades, when cities were deemed dangerous and undesirable, white families fled them for sanctuary in the suburbs, and the government made no serious attempts to repair or maintain the cities mostly inhabited by poor people and people of color. Today, "The nation’s urban centers are changing rapidly. Blacks are moving out, into the suburbs or to other regions of the country," The New York Times reported. "Poverty is spreading from the urban core to the inner suburbs. White flight has slowed and in some cases reversed."

This is the history Carlson fails to recognize when he speaks of America's changing neighborhoods. People of color moving out to the suburbs is often the byproduct of being pushed out of their own communities and yes, this change is bewildering and harmful. In many places, only once white, wealthy residents moved in were companies and lawmakers committed to making the neighborhood livable.