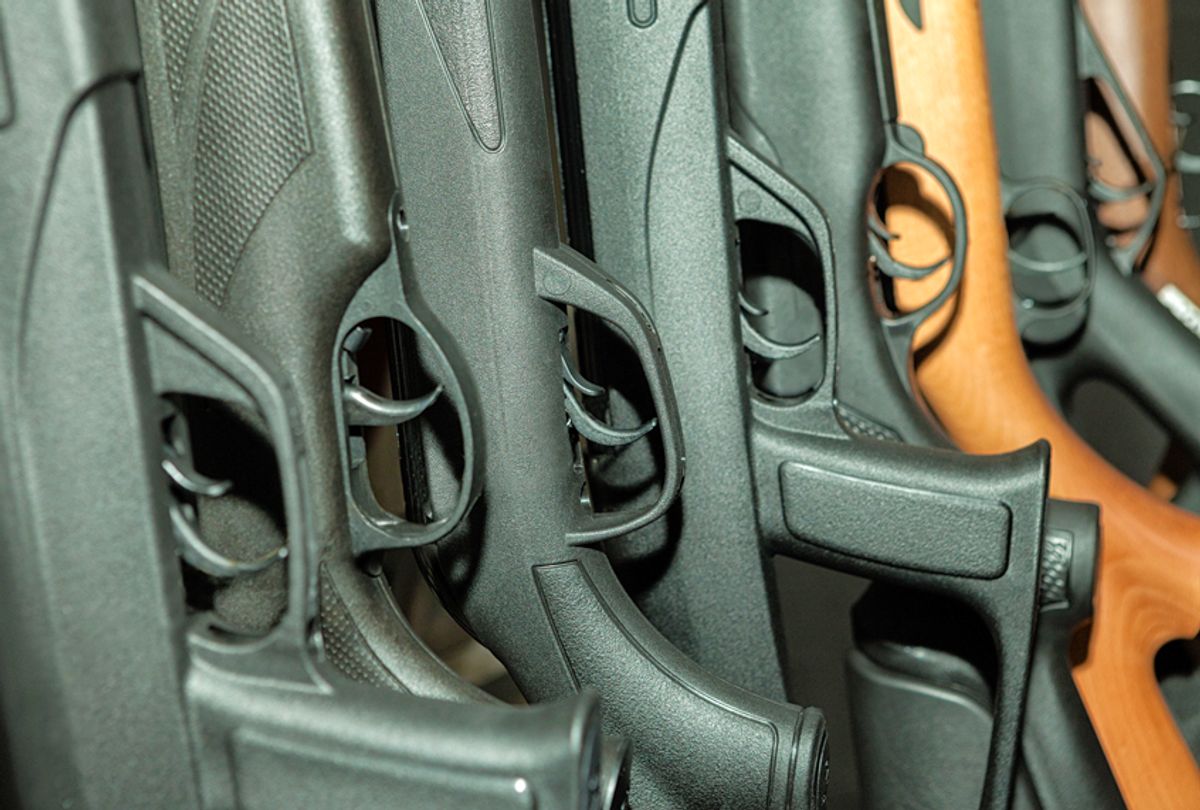 Carl Nett, a GOP candidate running for secretary of state in Kentucky, has apologized after suggesting he would shoot a Democratic congressman who touted his poor rating from the National Rifle Association (NRA).

Kentucky Rep. John Yarmuth tweeted that he was proud of his "F" rating from the NRA, so much so that he wore a pin with the rating and offered some to others.

Nett responded with a now-deleted tweet that said, "Move it over just a bit. I was trained center mass."

The "center mass" suggestion was that Nett, who is a former CIA officer and U.S. Secret Service agent, would shoot Yarmuth in the chest.

Soon after, Nett received loads of criticism from Democrats and Republicans, and in his apology, he said his attempt at being "clever" did not go over well.

"To the extent that anyone, including and most especially Congressman Yarmuth or members of his family, felt sincerely threatened or even offended by today’s social media post, I offer my sincere apology to them," Nett tweeted. "I recognize that my attempt to be clever was far from clever, particularly in light of politically motivated acts of violence against elected officials – from the shooting of Republican congressman at a softball practice to the blindside attack on our own senator, Rand Paul."

He added, "I now join the long list of imperfect human beings with 'foot-in-mouth' disease. Once again, I apologize to Congressman Yarmuth and his family and ask for their forgiveness."

Ben Self, the chairman of the Kentucky Democratic Party, denounced Nett's remarks as "not only alarming but terribly offensive given the numerous shootings including one in Great Mills, Maryland."

Self added that Nett "is obviously unfit to be elected for or hold any Kentucky office. Any threats of violence cannot be tolerated in our current political or public forums."

In two tweets, the Louisville, Kentucky GOP joined in the condemnation of Nett's comment and noted that it was specifically disturbing in the wake of attacks against Rep. Steve Scalise, R-La., and Kentucky's own, Sen. Rand Paul.

The Scott County GOP also made it clear that Nett's comments were not condoned or supported by the party in anyway.

Nett's contentious remarks come in the wake of a string of violent incidents across the United States, and days before a national march to advocate for more gun control. Last month, 17 students were killed in a shooting at Marjory Stoneman Douglas High School, and surviving students have led calls for action ever since. There were also several random package bombings in Austin, Texas, over the last three weeks and a shooting at a school in Maryland earlier this week.