Were the Austin bombings terrorism? In the heart of Texas, it sure feels that way

A conservative white Christian attacked an uneasy liberal oasis in a red state. For Austin, it's political 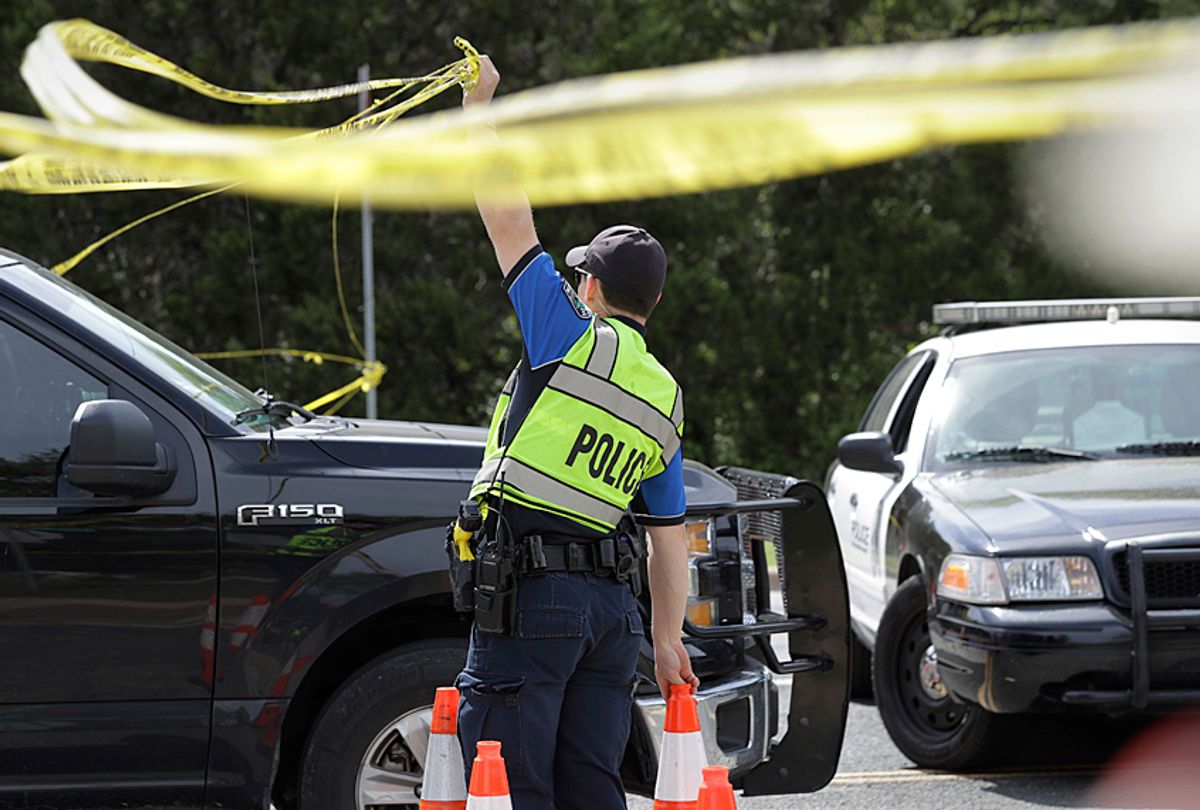 Should we consider the series of terrifying bombings in Austin, Texas, to be right-wing terrorism?

As I write this, the police in Austin are still combing through the home and life of Mark Conditt, who lived in an Austin suburb called Pflugerville and is believed to be responsible for planting a series of bombs that killed two people and injured many others. Conditt died early on Wednesday morning as police closed in on him in the nearby community of Round Rock, apparently after he detonated an explosive device inside his car.

So far, authorities in Austin have remained quiet about any potential motive, but information about Conditt's apparent political and religious views has begun to emerge. The Austin American-Statesman reports that Conditt, who was home-schooled and had taken classes at an Austin community college, wrote blog posts laying out hardline religious-right views on abortion and homosexuality. He wrote that a woman who doesn't want a baby "should not participate in activities that were made for that reason" and suggested homosexuality was "not natural," something "like trying to fit two screws together."

The newspaper also interviewed a friend of Conditt's named Jeremiah Jensen, who said he had known Conditt well in 2012 and 2013. "He was a very assertive person and would . . . end up being kind of dominant and intimidating in conversation," Jensen told the Statesman.

The Austin Stone Community Church, which Conditt and Jensen reportedly attended, is a multi-campus fundamentalist megachurch featuring lots of sermons about sexual morality, arguing that only heterosexual married people should have sex, homosexuality is wrong and abortion is evil. One sermon from the period when Jensen said he and Conditt had attended Austin Stone, for instance, features the preacher railing against women who read "Fifty Shades of Grey," comparing them to the "cows of Bashan" -- a Biblical reference signifying beautiful, pampered possessions -- and telling them that marriage "is not for your happiness." (The church says it can find no record of Conditt or his family.)

Admittedly, that was several years ago, when Conditt was a teenager or a young adult, and it's possible he later changed those views. Still, it's unlikely that a similarly situated Muslim, who had expressed hardline religious beliefs and an aggressive attitude in his youth, wouldn't immediately be regarded as a terrorism suspect after being implicated in a spectacular series of violent crimes.

Before the bomber's identity was known, White House Press Secretary Sarah Huckabee Sanders had said, "There is no apparent nexus to terrorism at this time." Since then there has been total silence from the White House, which is usually quick to drop the T-word and spread panic anytime an apparent perpetrator is Muslim or foreign-born.

What I can say as someone who moved to Austin a few weeks before her 18th birthday and lived there for 14 years, is that this feels like terrorism to the community in that city, and not just because a bombing campaign is inherently terrifying. No, this cuts right to the heart of the culture-war struggle that's always acutely felt in a place frequently described as "The People's Republic of Austin" -- in loving tones by many who live there, and more derisively by conservative Texans who live outside it.

Even the state's Republican governor, Greg Abbott, has sneered at the city with this term, saying, "As you're driving, you guys know this, as you leave Austin and start heading up north you start feeling different, and once you cross the Travis County line, it starts smelling different. And you know what that fragrance is? Freedom. It's the smell of freedom that does not exist in Austin, Texas."

The remark was not just hateful but, for those of us who love Austin, the reverse of reality. Austin has long been an escape route from oppression for many Texans who grew up, as I did, in small towns and stiflingly conservative atmospheres. Like many people, I ran from where I was from and found a home in a town full of punk bars and political bookstores, a town that was queer-friendly, feminist, progressive and sometimes famously weird, especially by Texas standards. A town where the feminist sex shop kept its doors open, even though the cops kept raiding it for breaking state laws against selling dildos.

That may all sound quaint now: Blue oases in red states are a well-known phenomenon. Many states have one, often built around a major university, as Austin was built around the University of Texas. But Austin, I think it's fair to say, has been a haven for freaks seeking freedom a lot longer than most of those places. It's where Janis Joplin finally broke free of her background, more than 50 years ago. It's the place people have long described as the San Francisco of the South.

Austin has its problems, to be clear. The city's laid-back stoner attitude caused most of us to treat Alex Jones as an entertaining weirdo instead of the monster that he is, which made it easier for him to build his conspiracy theory empire. Austin's racial segregation is hair-raisingly bad, and the white liberal population remains largely indifferent to fixing the problem. Housing prices are soaring, and bad urban planning has led to traffic problems that can seem utterly unfixable. And the annual South by Southwest festival has gotten way too expensive, not to mention infested with corporate sponsors.

Still, I hope readers can understand why a town full of people who moved there to escape conservative oppression elsewhere in Texas or the South might react to a series of bombs planted by someone with a known history of Christian fundamentalist views as, you know, terrorism. Especially considering that the first targets of the bombings were people of color, in a state where white evangelical Christianity has been tied up with racist ideology since the early days of Texas history.

For all Austin's flaws, for many of its people — people like me — it's where they first felt safe. Those bombs seemed designed to disrupt not just the city's sense of physical safety, but that sense of psychic safety that a blue oasis can provide. We may soon discover more about what, exactly, Conditt thought he was doing with those bombs. But for a place like Austin, which has a long, uneasy relationship with its more conservative neighbors and the state around it, his crimes will always feel like a political attack.