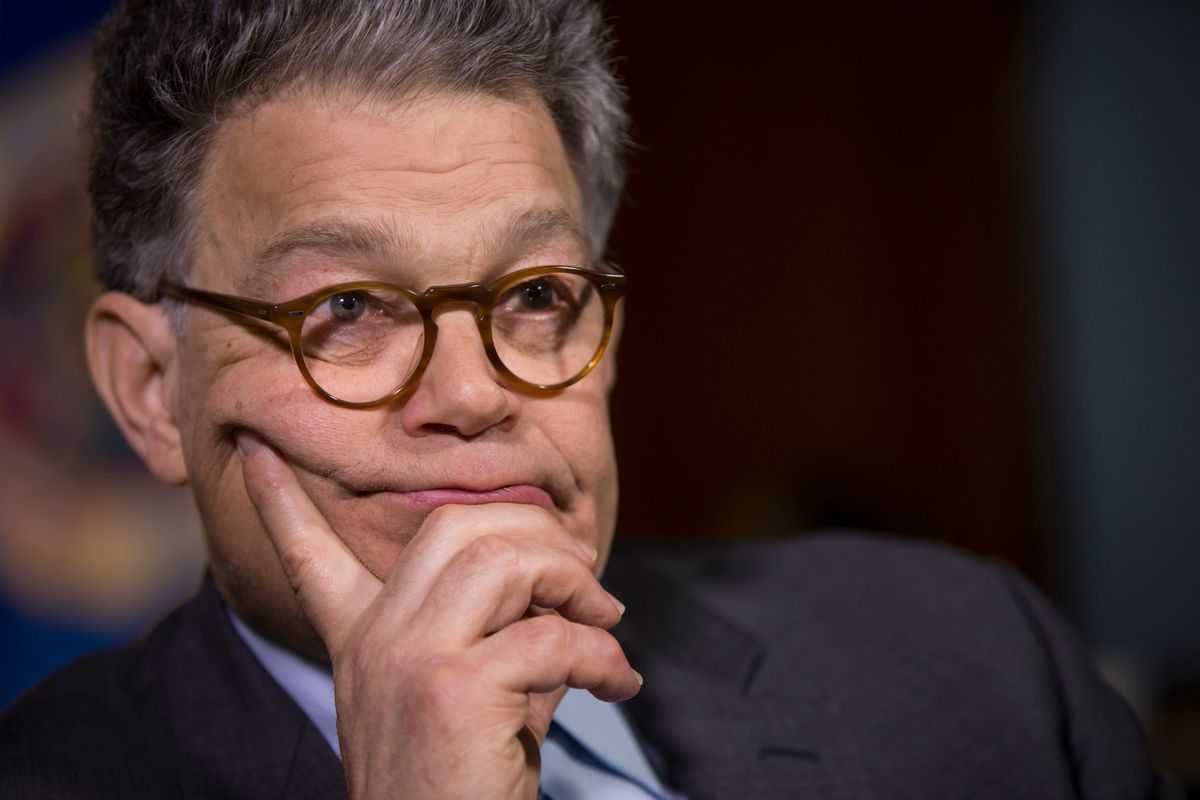 Al Franken, the former "Saturday Night Live" scribe-turned-United States Senator from Minnesota, is back in the spotlight with a Facebook post — and he's using his platform to denounce Attorney General Jeff Sessions.

After pointing out how Sessions cited "lack of candor" as one of his reasons for firing former FBI Deputy Director Andrew McCabe, Franken accused President Donald Trump's attorney general of hypocrisy due to his own lack of candor during his confirmation hearing.

"During his confirmation hearing, I alerted then-Senator Sessions to a breaking report from CNN that there had been an ongoing exchange of information between the Trump campaign and the Russians," Franken wrote. "When I asked him what he would do as Attorney General if those reports were true, Mr. Sessions decided to answer a different question."

Senator Franken, I am not aware of any of those activities. I have been called a surrogate at a time or two in that campaign and I didn’t have – did not have communications with the Russians, and I’m unable to comment on it.

Franken went on to describe how Sessions had in fact had three meetings with Russian Ambassador Sergei Kislyak during the 2016 presidential election. He also described how Sessions claimed to have not deliberately lied but instead been "taken aback" by Franken's question, even though Sessions had to modify his answer several times as more information came out. He also commented on being "slightly slack-jawed" when Sessions continued to deny that members of the Trump campaign had communicated with the Russians during an October hearing.

Franken then mentioned that Sessions had "more candor problems" in his failure to disclose that he had "attended a March 31, 2016 foreign policy meeting at which George Papadopoulos raised his connections with Russians and offered to set up a meeting between Trump and Putin. Sessions first said he didn’t recall the Papadopoulos meeting, then testified that he 'pushed back' on the Papadopoulos suggestion of Trump meeting Putin and now three sources have said Sessions didn’t push back on this suggestion."

Franken then went for the rhetorical kill.

"That the attorney general would fire the man who was tasked with investigating him raises serious questions about whether retaliation or retribution motivated his decision," Franken concluded. "It also raises serious questions about his supposed recusal from all matters stemming from the 2016 campaign. But the fact that Attorney General Sessions would claim that a 'lack of candor' justified Mr. McCabe’s termination is hypocrisy at its worst."

While Franken may be correct that Sessions is a hypocrite, he has lost a considerable amount of the moral authority that he once possessed as a political commentator. In December he was compelled to resign in disgrace after eight women came forward to accuse him of groping them or engaging in otherwise inappropriate sexual misconduct. Prior to his resignation, Franken had emerged as one of the most popular and effective progressives in the United States Senate, with some political experts speculating that he might even run for president in 2020.

While a Franken for President bid is now all but dead, that doesn't mean he still can't make valid political observations. It was Franken's line of questioning during Sessions' confirmation hearing that prompted the attorney general's infamous lie, and it was that lie which led to McCabe helming a probe into Sessions' conduct during that hearing. Although Sessions claimed that he fired McCabe because of his handling of questions about the FBI's handling of an FBI investigation into Hillary Clinton, others have expressed concern that it was actually retribution for McCabe's probe into Sessions.

"The FBI expects every employee to adhere to the highest standards of honesty, integrity, and accountability. As the [FBI's ethics office] stated, 'all FBI employees know that lacking candor under oath results in dismissal and that our integrity is our brand,'" Sessions explained.

Yet as one lawmaker who has not been as morally compromised as Franken — Sen. Cory Booker, D-N.J. — acknowledged, when Sessions responded to Franken's question by saying that he had not met with Russians during the Trump campaign, he "either made a false statement or misled the committee. I think that that’s not a question — that’s a fact."