Local news isn't dying out: It's being killed off by corporate greed 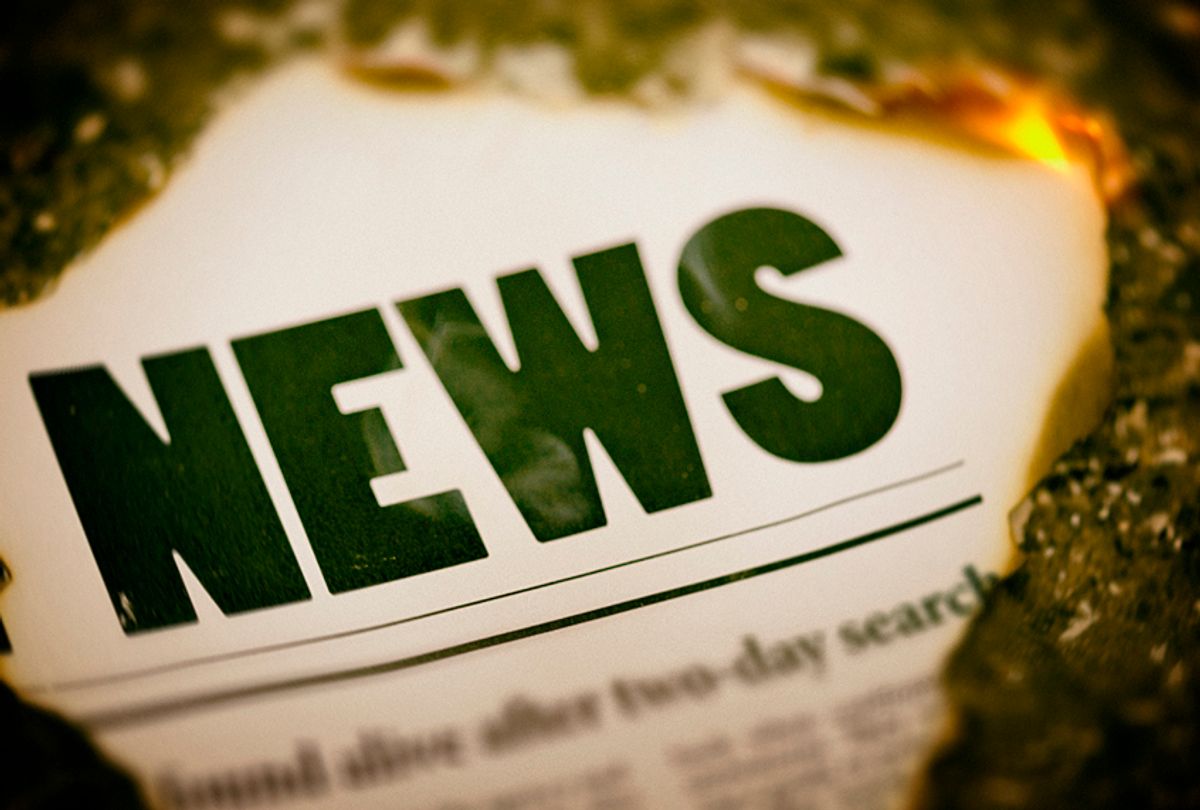 It’s become an article of faith among media professionals and people concerned with the future of the free press that the internet is killing off journalism. There’s no doubt that the emergence of fake news and the sharp decline in advertising sales has negatively impacted media companies. But the truth is more complicated. The fact that local news is dying across America has more to do with who owns the media than with technological disruption.

“In just the last six to eight years, there has been a sea change in who owns newspapers,” said Julie Reynolds, a former investigative reporter who now focuses on uncovering the financial underside of the media industry. “Private equity firms, aka hedge funds, have taken control of the majority of American newspapers.”

It’s easy to see why local media companies would be attractive targets for such investment firms. While some private equity groups have favored purchasing unprofitable or distressed companies and then turning them around for sale, another type, sometimes called “vulture funds,” prefer to buy companies, loading them up with debt and then sell off the pieces.

That latter scenario is exactly what’s happened in the local radio market, where the industry’s largest player, iHeartMedia, filed for bankruptcy last week. It had become saddled with tens of billions in debt after it was taken over by Bain Capital and Thomas H. Lee Partners in 2006. The two hedge funds took out massive loans to finance the acquisition and have been making significant staffing cuts at the hundreds of stations owned by iHeart, a company formerly known as Clear Channel.

The iHeart bankruptcy is still in process but it is unlikely that either Bain or THL will be harmed significantly since both had managed to sell off the debt years ago. iHeart’s new owners were following a similar strategy to a rival in the radio business, Cumulus Media, which declared bankruptcy last November.

Local newspapers have proven a particular favorite of hedge funds, with their strong regional brand recognition and expensive assets that can be sold off individually. Job cuts have been a preferred cost-reduction method and as a result, the number of people employed by newspapers has declined by more than 60 percent since 1990.

Buying up newspapers and bleeding them dry has been the preferred strategy of Randall D. Smith, the head of Alden Global Capital, a New York-based hedge fund that shuns publicity even as it has purchased hundreds of newspapers throughout the country via its Digital First Media company.

Unlike competitors like Gannett or GateHouse, which have historically made significant investments in web and television media to increase long-term value, Digital First seems to have been primarily interested in laying off employees and selling off assets, in the hopes of managing what its ownership views as a terminal decline of the industry.

Forcing fewer employees to do more work has paid off immensely for Smith and his companies. Profits at a number of Digital First dailies exceed 20 percent. According to Julie Reynolds' recent report for the Nation, the Alden chairman has been on a mansion spending spree, dropping nearly $60 million dollars on 16 different houses in the Palm Beach, Florida, area since 2003.

“It’s painful — there’s a knot in my gut to see what we built up over time torn down in this relentless way,” former Denver Post editor Greg Moore told Washington Post media columnist Margaret Sullivan last week. Moore resigned his position in 2016 after he couldn’t stand having to continually fire people for the sake of Digital First’s “harvesting strategy.”

Beyond layoffs, Digital First has also closed down numerous titles, including papers that had operated for many decades. One case in point would the Oakland Tribune, a Northern California institution founded in 1874, which published its final daily edition in April 2016.

This really is all about the money. Local newspapers’ hedge fund overlords do not seem to be motivated by any desire to promote a political agenda, according to Reynolds.

“You would think that they might be interested in shaping the coverage of their papers,” she said. “But they have so little interest in journalism at all that they are not influencing coverage. They’re just looking at spreadsheets.”

That's not the case in the local television world where the company that is driving the most consolidation, the Sinclair Broadcast Group, is also aggressively trying to spread conservative political views to its audience. Sinclair produces segments at its national headquarters that exclusively feature Republican-friendly commentary from former Donald Trump aide Boris Epshteyn and other conservatives. These “must-run” pieces are then inserted inside local television newscasts in every Sinclair market.

Sinclair has also been forcing its stations to air new segments called “Terrorism Alert Desk” which often cover old news in other countries while frequently equating news about Muslims with news about terrorism. The company’s stations are also forced to run a few different weekly programs featuring conservative pundits as well.

“Sinclair is forcibly creating an audience where none exists by requiring its news stations to air Epshteyn’s segments,” Vogel wrote. “Even though only about 25 to 50 people seem to care about his commentary enough to seek it out on YouTube, it’s still reaching about 39 percent of U.S. TV households.”

In recent weeks, Sinclair has stepped up its political agenda with a new series of promotional messages to be delivered between commercials by local news anchors that explicitly denounce other news organizations for producing “biased and false news” without even bothering to check the facts, phrasing that is remarkably similar to President Trump’s repeated attacks on respected national news outlets.

Beyond promoting the conservative views of its ownership, Sinclair’s slavishly pro-Trump commentaries may have a larger motive, enabling the company to complete a planned acquisition of dozens of stations owned by Tribune Media.

In several actions last year and during 2018, the Trump administration has seemed to oppose large corporate mergers such as electronics manufacturer Broadcomm’s attempted takeover of the chipmaker Qualcomm or AT&T’s attempt to buy Time Warner.

While Federal Communications Commission chairman Ajit Pai has a long record of favoring minimal regulation of big business, his relationship with Sinclair has provoked unusual scrutiny. In December, the FCC’s inspector general opened an official inquiry into meetings and electronic correspondence between Pai and Sinclair executives.

Should Sinclair's Tribune acquisition be approved by the government, the company would have access to an estimated 72 percent of American television households. Whether it could leverage its newfound strength to build a high-powered competitor to Fox News is unclear. But one thing is certain: Job cuts would soon follow.

“There’s just so much evidence,” Friedland said. “It would have to be a reversal of all of Sinclair’s practices and policies for them not to actually consolidate and cut local news rather than expand it.”