A famous flat-earther just flew 2,000 feet in his homemade rocket 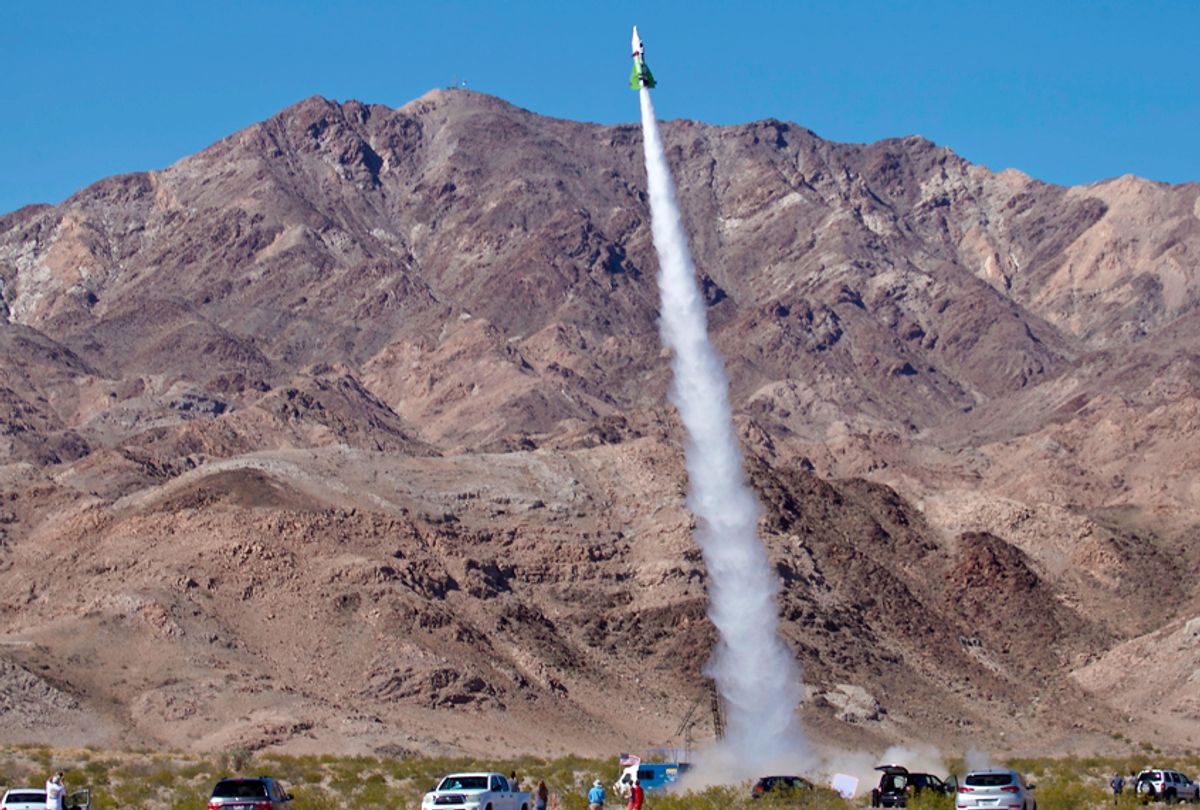 A self-taught rocket scientist who insists that the earth is flat managed to partially silence his critics by launching a rocket he made nearly 2,000 feet into the air.

The 61-year-old limousine driver "Mad" Mike Hughes managed to rectify the errors of a failed launch last month with a successful one on Saturday, according to USA Today. Hughes achieved his goal in the Mojave Desert, located roughly 200 miles east of Los Angeles, by shooting into space from a self-made vertical platform designed to prevent him from accidentally landing on public land.

The launch occurred mostly without incident. After Hughes deployed a parachute to exit the rocket, he discovered that he was dropping too fast, requiring him to use a second parachute. He still had a rough landing afterward, although he sounded exultant at his success and described himself as "relieved."

"I’m tired of people saying I chickened out and didn’t build a rocket," Hughes told reporters after he had landed. "I’m tired of that stuff. I manned up and did it."

He added, "Am I glad I did it? Yeah, I guess. I’ll feel it in the morning. I won’t be able to get out of bed. At least I can go home and have dinner and see my cats tonight."

Hughes had tried on three other occasions to launch himself into the air with a rocket since last year, according to The Washington Post. His underlying goal is to raise enough from the publicity around his flat-earth beliefs to eventually fund a hot-air balloon ride and then a rocket-pack ride, which would allow Hughes to determine the Earth's shape on his own based on analysis of the horizon.

While it's easy enough to ridicule Hughes for his flat-earth beliefs — and Salon is comfortable going on the record by saying that the world is round, angry letter-writers be damned — it is no small feat to successfully launch one's self into the air with a homemade rocket. Hughes deserves credit for having done so, even if his ideas about basic earth and space science should be taken with several spoonfuls of salt.