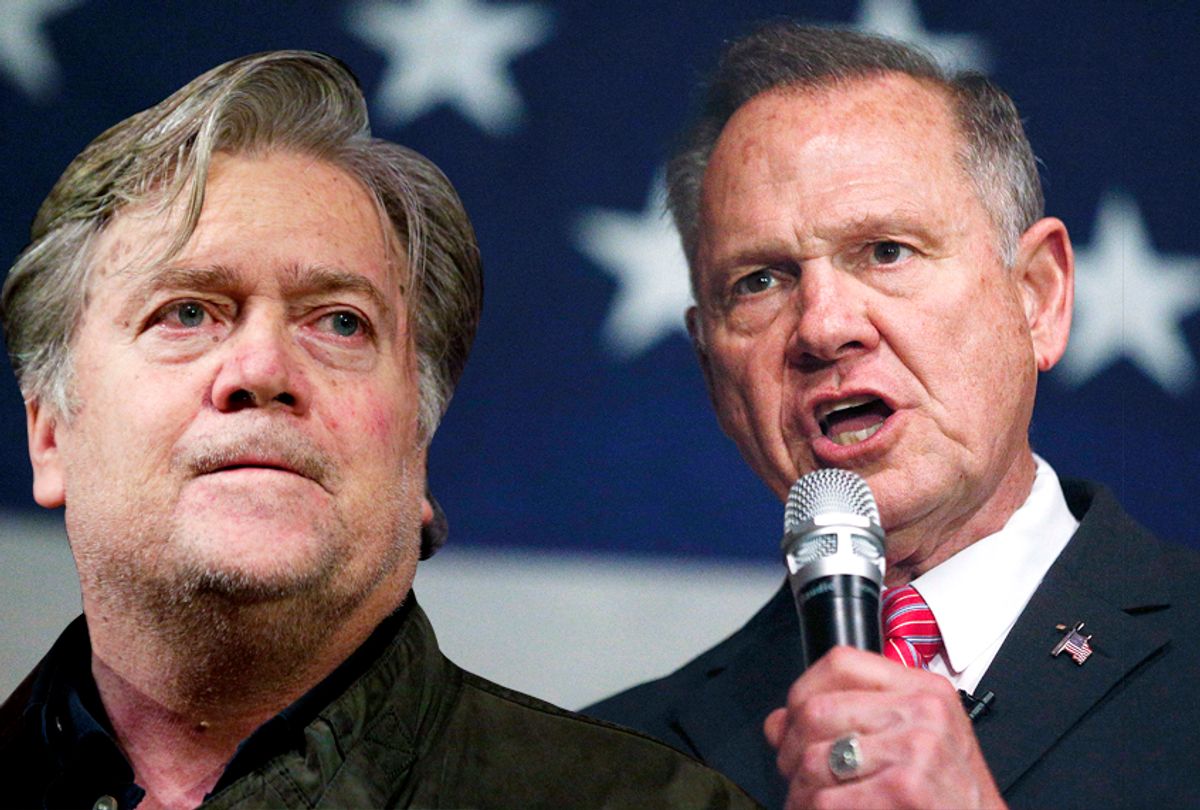 An attorney who represented one of the women who accused former Alabama Senate candidate Roy Moore of sexual misconduct says that some of Moore's supporters offered him money to drop her as a client.

Attorney Eddie Sexton was approached by two Moore supporters a few days after his client, Leigh Corfman, came forward to accuse Moore of sexual misconduct when she was a minor, according to The Washington Post. They are reported to have asked Sexton to drop Corfman as a client and publicly denounce her accusations through a statement that would be given to Breitbart News, a media outlet notoriously friendly to President Donald Trump and run at the time by his former chief strategist Steve Bannon. In return, Sexton would be paid $10,000 and introduced to Bannon.

One of the men who allegedly participated in the call, Gary Lantrip, told Sexton that "all they want to do is cloud something" and that "if they cloud, like, two of them, then that’s all they need." The term "cloud" was presumed to be a reference to casting doubt on the credibility of the multiple accusations against Moore. Lantrip was also recorded using coded language to discuss paying Sexton $10,000, promising him that after they "make some quick little-bitty for you … and then, on down the line, we can go to D.C."

Both of the men implicated in the report, Lantrip and Bert Davi, have denied doing anything wrong.

Moore himself worked strenuously to discredit the accusations of the women who came forward against him during the 2017 campaign, including threatening to sue The Washington Post for publishing its initial story. After he accused Corfman of being "politically motivated," "malicious" and "completely false," she sued him for defamation of character.

Corfman claims that when she was 14 and Moore was a 32-year-old assistant district attorney, he fondled her over her underwear and attempted to get her to fondle him over his underwear.