Proof the American dream has been indefinitely deferred

An alarming new study finds that home ownership in the U.S. is rapidly becoming a thing of the past. 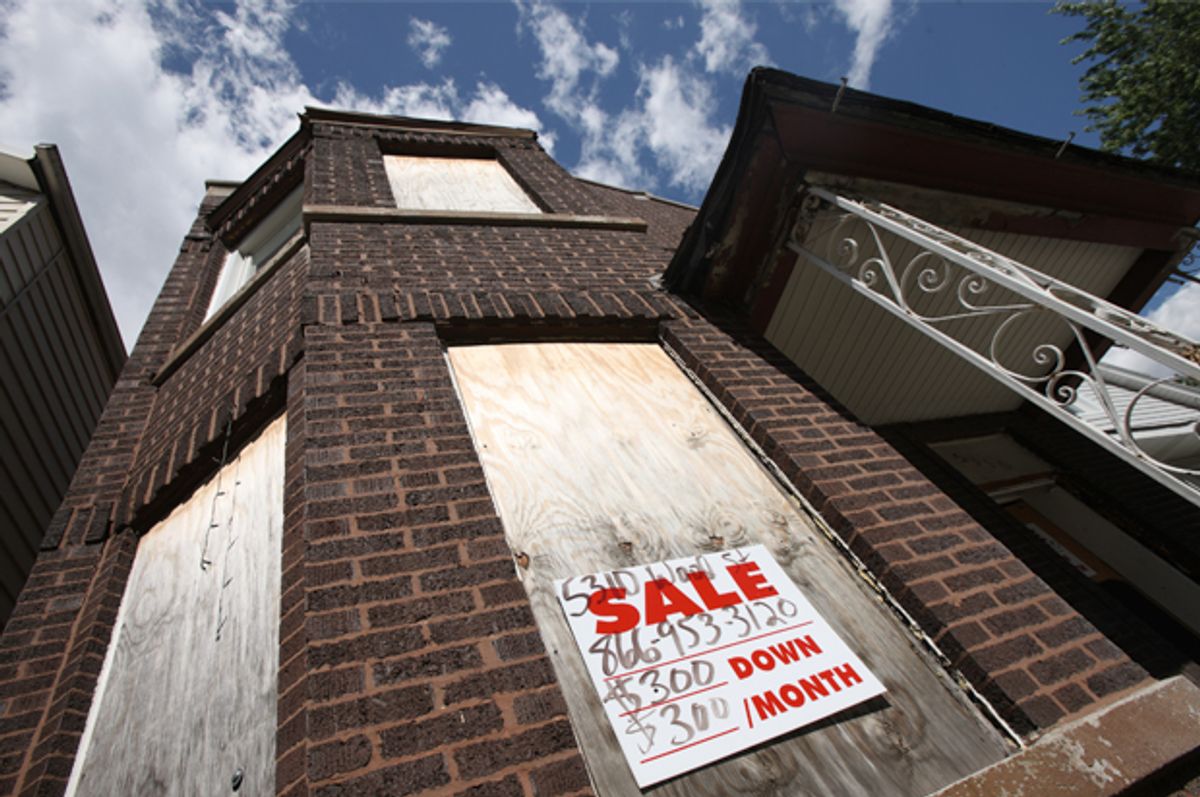 For generations, homeownership and the equity that comes with it have symbolized the American Dream. But a recent study from the apartment search website RentCafe.com finds that in the aftermath of the Great Recession, homeowners now constitute a minority in 22 of the United States' most populous cities. More and more, the U.S. is becoming a nation of renters, especially in its larger urban areas.

In January, RentCafe took an in-depth look at U.S. Census Bureau data from 2006-2016. During that 10-year period, the percentage of renters increased in 97 of the country's 100 biggest cities. In San Diego, for example, the number of renters jumped from 47.9 percent of the population to 53.4 percent. Renters accounted for 47.3 percent of Chicago residents in 2006; in 2016, that number was 51.3 percent. Meanwhile, Memphis has seen its population of renters climb from 44.6 to 56.6 percent.

Few renters in the U.S. are presently doing so out of personal preference. A 2016 Pew survey found that 72 percent hoped to become homeowners someday if they could afford it, while a Trulia survey from 2017 revealed that a majority of renters regretted not owning a home.

Skyrocketing rents and home prices, property tax hikes, student loan debt, stagnant wages and tougher requirements for mortgages have all made homeownership more difficult for millennials than previous generations. It's a vicious cycle: Because no one can afford to buy, the demand for rental units increases, resulting in higher prices that make saving toward a down payment all but impossible. Exacerbating matters, the Trump administration has scrapped an Obama-era policy of lowering fees for mortgages insured by the Federal Housing Administration. The National Association of Realtors estimates that in 2017, this decision likely kept as many as 40,000 potential home buyers out of the market.

The U.S. Census Bureau announced that in the fourth quarter of 2017, the national homeownership rate was 64.2 percent, just two percent lower than it was in 2000. But a closer look at individual cities, even those considered relatively affordable compared to New York City or San Francisco, reveals that homeownership has been steadily declining. In Philadelphia, for instance, homeownership has decreased while rents, home prices and property taxes have all gone up. (Mayor Jim Kenney has recently proposed a 6 percent property tax hike, the latest in a series of increases.)

Obtaining a mortgage can be especially difficult in the gig economy, which comprised 16 percent of U.S. workers in 2017. In December, Fannie Mae reported that most gig economy workers who are still renting would like to purchase a home in the future but acknowledge it would be "difficult to get a mortgage, and cite down payment and credit as the biggest obstacles to getting one.”

U.S. banks typically prefer a 20 percent down payment for the self-employed. If a house costs $250,000, that’s $50,000 plus closing — no small task for a freelancer coping with high rents, self-employment taxes and the exorbitant costs of health insurance.

Like FDR before him, Lyndon Johnson firmly believed in increasing the amount of homeownership in the U.S., creating the Department of Housing and Urban Development in 1965. HUD has proven invaluable for both renters and first-time homeowners, but President Trump’s contempt for the department is obvious. His administration’s initial budget for the 2019 fiscal year included an $8.8 billion cut to the agency, a slap in the face to millions of lower-income earners.

When Newt Gingrich addressed a Heritage Foundation gathering in December 2016, the former speaker of the House of Representatives predicted the Trump administration would eradicate what’s left of the New Deal and the Great Society. The country's plummeting homeownership numbers suggest his dark prophecy is slowly coming true.