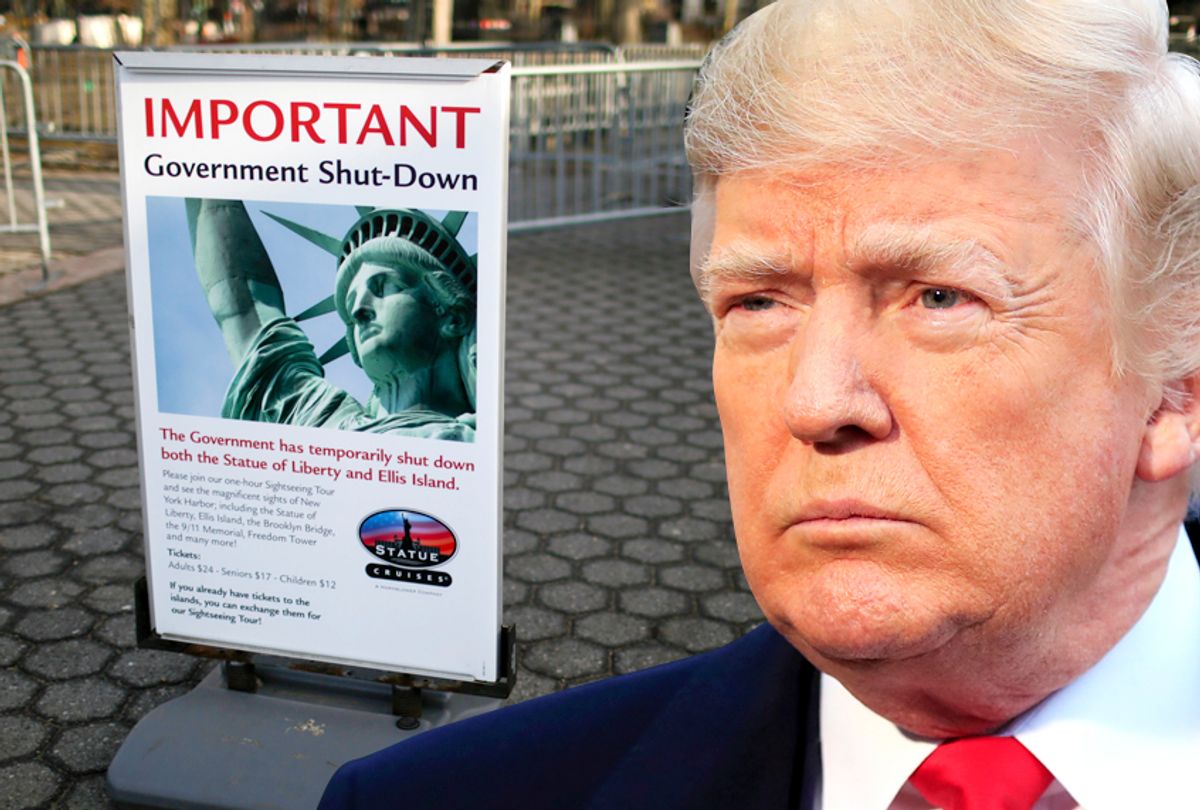 President Donald Trump is once again implementing an immigration policy that targets non-white immigrants — on this occasion, Liberians who are staying in the United States with Deferred Enforced Departure status.

Trump said that he will allow the Deferred Enforced Departure status to expire for Liberians who currently reside in the United States to stay out of the violent political situation in their country, according to Axios. Liberian migrants were first granted this legal status in 1999 due to the outbreak of a bloody civil war in their country, and Presidents Bill Clinton, George W. Bush and Barack Obama made a point of extending it every year. Trump, on the other hand, argued through a White House statement that Liberia "has made significant progress in restoring stability and democratic governance," as well as in containing Ebola outbreaks, and as a result can join the status of other countries whose residents have had their protections yanked in this country, including El Salvador, Sudan, Nicaragua and Haiti.

As a result of Trump's decision, Liberians in the country as a result of the program will have their status expire on March 31st, giving them until March 2019 before they are compelled to leave the United States. Liberia itself is a nation founded by freed American and Caribbean slaves in the 19th century, although only 5 percent of its current population is believed to be descended from them. Libera's ongoing civil war has claimed the lives of 250,000 of that nation's residents, with thousands more fleeing from the violence to nations like the U.S.

Trump's decision regarding Liberia, though justified on the grounds that the special legal status they had enjoyed was no longer necessary, is part of a larger set of policies that have been notably hostile toward non-white foreign residents of the United States. Three other African countries — Chad, Libya and Sudan — were initially listed among those whose citizens were barred from entering the United States, according to The Guardian. Liberia is also in Africa, a continent whose nations Trump is alleged to have referred to "shithole countries" in January. That comment triggered a wave of international condemnation and protests.

Another country that Trump supposedly referred to as a "shithole" during those remarks was Haiti, whose residents have been similarly targeted by the president's policies. In January Trump's Department of Homeland Security announced that it was going to remove Haiti, along with Belize and Samoa, from the list of countries whose citizens could be eligible for H-2A and H-2B visas, according to ABC News. Those visas are usually given to seasonal workers in agriculture and other industries.

To justify its decision, the Trump administration argued that Haitians "have historically demonstrated high levels of fraud and abuse and a high rate of overstaying the terms." Belize brought with it concerns about human trafficking and Samoa would often not accept back citizens who had been ordered to leave America, according to the Trump administration.

This is also not the first time that Trump has challenged citizens from individual countries whose residents have stayed in the United States to escape tragedy in their homelands.

In January he announced that he was revoking the Temporary Protected Status of roughly 200,000 Salvadoran immigrants. The migrants had been granted this status after El Salvador was devastated by an earthquake in 2001, and as with the Liberians, the Salvadorans had their status periodically renewed by subsequent presidents and Congress. Although Trump revoked the status for Salvadorans on the grounds that conditions had improved in their country, the Department of Homeland Security added that "only Congress can legislate a permanent solution addressing the lack of an enduring lawful immigration status of those currently protected by TPS who have lived and worked in the United States for many years. The 18-month delayed termination will allow Congress time to craft a potential legislative solution."

Of course, Trump's very political career is rooted in hostility toward non-white foreigners. When he kicked off his presidential campaign in 2015, he included a controversial statement that stereotyped Mexican immigrants in order to justify stricter anti-immigration policies.