An Italian experiment is tantalizingly close to detecting dark matter 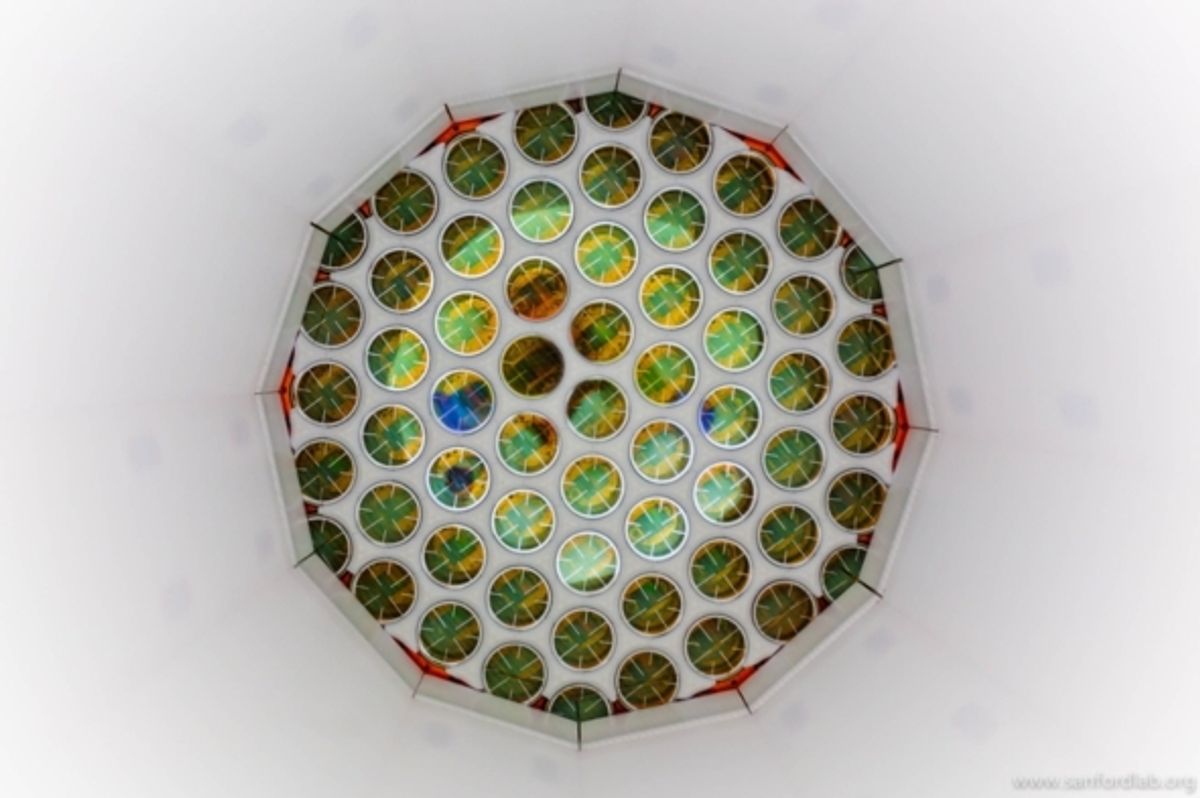 Sensors on the Large Underground Xenon dark matter detector can register the emission of just a single photon from a dark matter interaction within the detector's giant xenon tank. So far, however, no signs of dark matter have been seen. (Matt Kapust, Sanford Underground Research Facility)
--

In the history of physics, there are occasional metaphorical shouts from the void that are observed once and never again. The Wow! signal, one of the best candidates for a radio communique from an alien civilization, was detected just once in 1977; repeated attempts to listen in the region in which it originated were fruitless. While it has long been theorized that magnets with a single pole may be physically possible, the experimental detection of what was thought to be a magnetic monopole occurred on Valentine’s Day in 1982, though it, too, was never seen again.

Now, an experiment underway in Italy to detect dark matter particles, the gravitationally attractive substance that makes up much of the universe, continues to produce tantalizing and positive results. The caveat? Other dark matter detectors around the world aren't seeing the same thing.

For 20 years, the DAMA/LIBRA project (short for “DArk MAtter / Large sodium Iodide Bulk for RAre processes”) has been attempting to observe dark matter directly. Indirect detection is easy; indeed, merely by observing the orbital pattern of stars in our galaxy, one can see that they are guided by an unseen gravitational hand that occupies far more mass than is apparent. Most dark matter detectors, including DAMA, operate on the principle that dark matter is likely a weakly interacting particle, meaning that while its gravitational pull is observable on a massive (galaxy-wide) scale, it rarely interacts with “normal” matter in any other way. Hence, why we call it “dark”: it may bounce off itself and have its own pressure, but it flows right through and between us unnoticed, like tears in rain.

There are many dark matter experiments in the world, and most of them operate on a similar principle: if dark matter is indeed a particle, it should very, very, very, very, very occasionally bump into “normal” matter, which would create a very faint spark of light or a jiggle of an atom that we could detect. This is in essence the mechanism by which humans detected neutrinos, another slippery particle: by putting photomultiplier tubes in a field of dark, still water (or water ice), the tubes detect the occasional ricochet of a neutrino on an atom of normal matter.

Dark matter detection is similar, although the threshold at which dark particles may occasionally nudge baryonic (normal) matter is far lower. If neutrinos are like a soft tap on one's shoulder, dark matter is more like a dust mote – barely noticeable at all. The experiments to detect dark matter use different materials but similar principles: create a very still environment and then listen for the particle’s footsteps.

Many of these dark matter detection experiments are underground, where there is less background noise, and are science-fictional in their grandeur: XENON1T, another Italian experiment, is situated deep in a mountain and uses liquid xenon (an inert noble gas) housed in huge water tanks. 8,000 feet underground in an abandoned South Dakota mine, the LUX experiment also uses xenon to listen for dark matter’s faint beck. DAMA/LIBRA, beneath the Gran Sasso mountain in L’Aquila, uses crystals made of sodium iodide and thallium; the crystal lattice should, ideally, vibrate throughout if it is touched by a dark matter particle.

And DAMA/LIBRA, and its precursor, DAMA/NaI (NaI meaning “Sodium Iodide,” chemically), had some scintillating (pun intended) results: just as expected, there were more detections during the half of the year that the Earth was moving against the tide of dark matter relative to the galaxy, and fewer in the time that it was moving with the tide. As with any experiment, there were small margins of error, but the results were promising. “During seven independent experiments of one year each one, [DAMA/NaI] has pointed out the presence of a modulation satisfying the many peculiarities of a [weakly interacting massive particle] induced effect, reaching a significant evidence,” the scientists wrote in a 2003 paper.

Some caveats here, of course: no other experiments for dark matter detection were able to reproduce DAMA/LIBRA or DAMA/NaI’s results — yet. But notably, no one was able to prove that DAMA/Libra did anything in error that could have skewed their results. “The mystery [r]emains of why their result is incompatible with just about every other finding in this field,” Juan Collar, a University of Chicago physicist, told Nature.

Now, after upgrading the DAMA/Libra experiment in 2010, the scientists involved are about to publish their new results.  You can preview them by thumbing through this abstruse Powerpoint (inexplicably penned in Comic Sans) from earlier this week; but basically, the so-called modulation – the pattern of rising and falling signals that may be dark matter particles striking the detectors — persists. 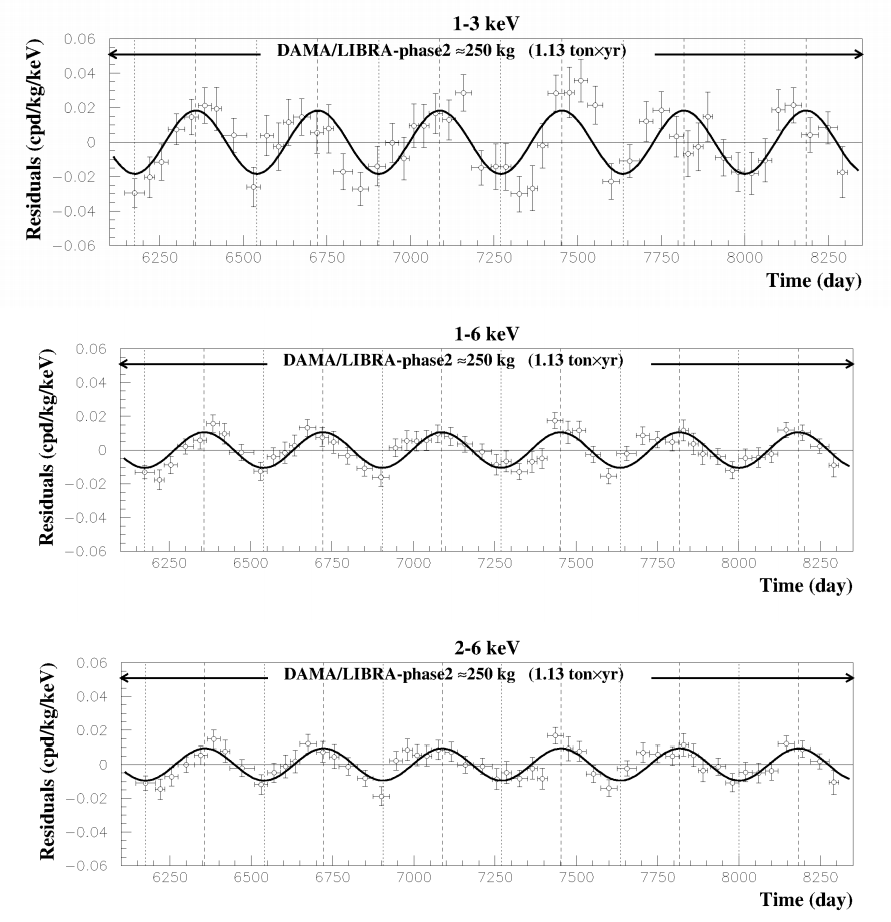