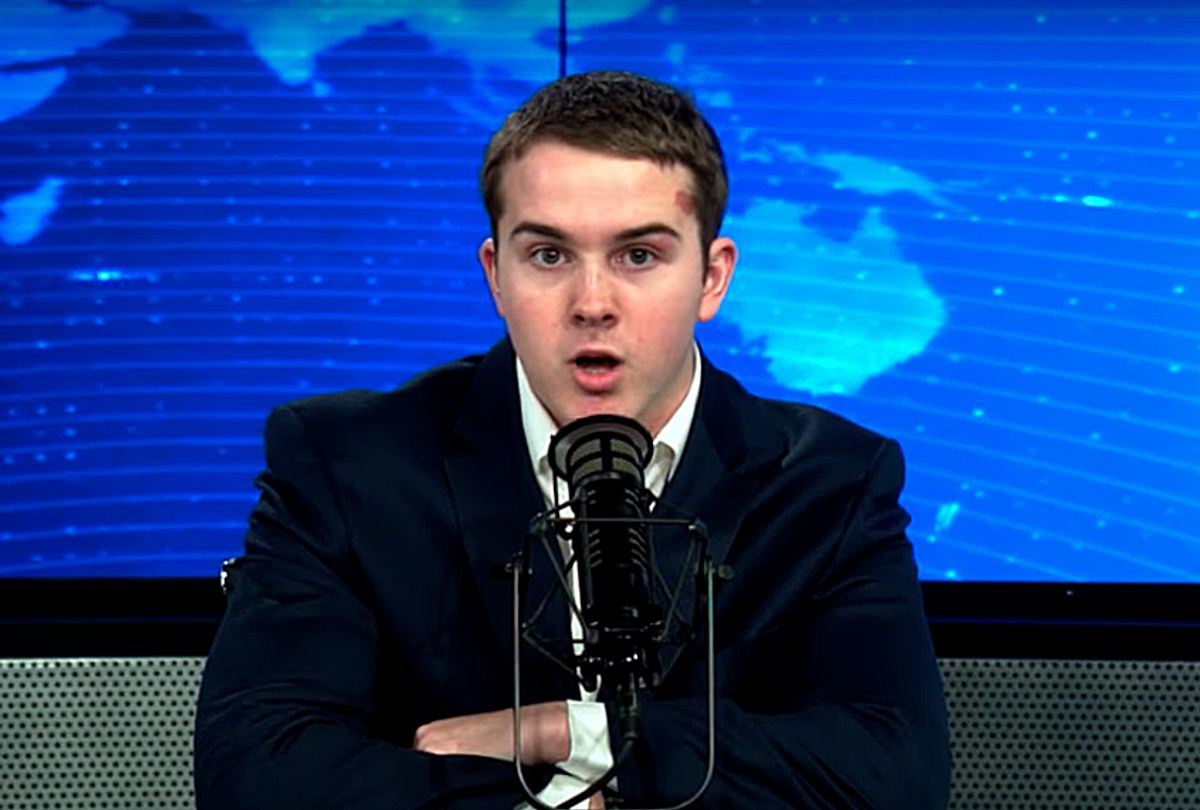 In a desperate attempt to thwart the rising political power of the Parkland teens spearheading the March For Our Lives movement, Infowars' Alex Jones tapped his own 15-year-old son to do his dirty work for him. Indeed, Alex's son Rex Jones, via a video on Infowars.com, has challenged student journalist and activist David Hogg — who survived the massacre at Stoneman Douglas High School — to a debate after equating Hogg with Nazis.

“Hogg, you claim that the establishment is shaking in its boots in fear of you,” Rex Jones said in the video. “No, they love you. They love gun control. They’ve wanted this for years.”

“Hitler, Stalin, Mao, North Korea – do you think those corrupt leaders allowed their citizens to have guns?” he continued.

“Do you think that the Jews were able to protect themselves when Hitler put them in concentration camps? No, they were disarmed. And that’s why they were enslaved,” Rex said to Hogg in the video. “You are submitting to tyranny. You are begging to have the rights that our forefathers fought for stripped away.”

“Name a time, name the place, name the venue. I will do it,” Rex Jones concluded, challenging Hogg to a debate.

The video echoed similar sentiments from a separate video which featured his father earlier this week, one in which Alex Jones interposed video clips of Marjory Stoneman Douglas High School students and shooting survivors that also equated them with Nazis.

Within all of this political drama and mud-slinging sits Rex's distressed mother, Kelly Jones. Kelly, who lost primary custody of her children (despite the jury ruling in her favor) to her allegedly abusive ex-husband, says that Alex is exploiting Rex — and that her son isn’t deserving of the mean comments he’s receiving in response to his video.

“I’m horrified by what Alex has done,” Kelly Jones told Salon. “What he’s done is horrifically endangering and exploitive of our son by placing him in the middle of the most charged topic of our of country.”

Kelly continued to say Rex has been “brainwashed “ and is being used as a “weapon” by Alex.

Kelly said she’s asked YouTube to take the video down, but hasn’t received an answer yet. On Twitter, she’s been repeatedly contacting them as well.

There is something particularly shocking in seeing a father exploiting a fifteen-year-old son in a ploy to stir up drama and views. Moreover, using a teenager as a political weapon only furthers the tendency for rhetorical attacks and cyberbullying of both the Parkland kids and Jones' child. It's not just a few sick internet commentators: Alex Jones and other right-wing personalities like Laura Ingraham have been openly smearing the Parkland teenagers. Beyond seeming desperate, Alex Jones' bringing his child into this is downright unsettling.