Beto O'Rourke's $6.7 million haul seems to be sending a message to the first-term Republican 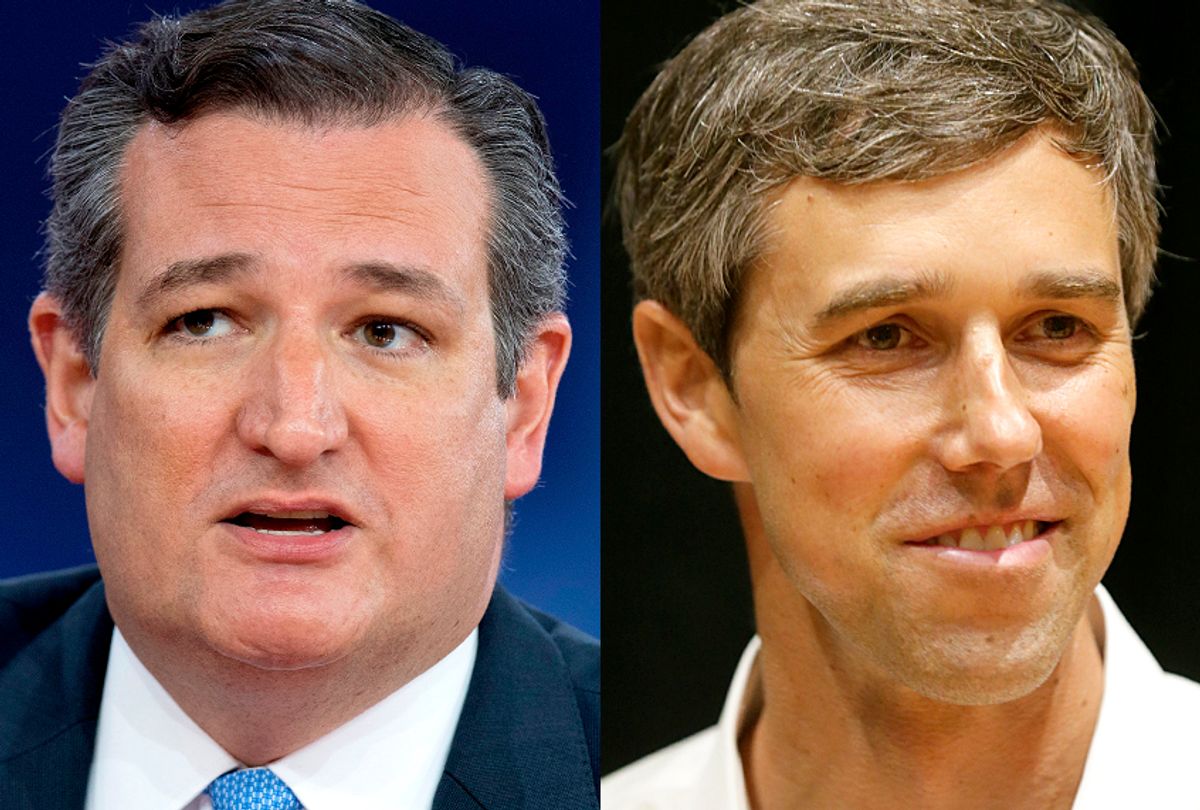 Sen. Ted Cruz, R-Texas, has become one of the Senate's most prominent figures in his first term. Meanwhile, his short career marked by a series of high profile failures. Since his election in 2012 he led a government shutdown that achieved none of its stated objectives, finished second to Donald Trump in the 2016 presidential primaries and developed a persona so divisive that even many of his fellow Republicans openly admit to hating him.

Here's another thing that Cruz has to worry about.

Cruz's Democratic opponent, Rep. Beto O'Rourke, who is his party's nominee to oppose Cruz in the 2018 Senate election, managed to raise more than $6.7 million in the first quarter of 2018, according to The Texas Tribune. Not only is it more money than any other Democratic candidate raised in this quarter, but it's also more than twice as much as O'Rourke has raised on previous occasions. The Texas Democrat's previous fiscal quarter fundraising has netted him between $1.7 million and $2.4 million.

"Campaigning in a grassroots fashion while raising more than $6.7 million from 141,000 contributions, we are the story of a campaign powered by people who are standing up to special interests, proving that we are more than a match and making it clear that Texans are willing to do exactly what our state and country need of us at this critical time," O'Rourke announced in a statement.

Cruz had only raised $803,000 during the first 45 days of the year, even though the high-profile Republican already  had $6 million in the bank as of mid-February — a cool million more than than O'Rourke's $4.9 million efforts up until recently.

Perhaps sensing that he is lagging behind O'Rourke, Cruz's campaign has been notable for its pugnacious language, striking a tone that has occasionally put the Texas senator in the midst of controversy.

Cruz also released a radio ad that poked fun at O'Rourke for going by his nickname "Beto" instead of his first name Robert, according to CNN. During an interview with CNN's "New Day," Cruz defended the spot by claiming, "In terms of the jingle, some of it is just having a sense of humor. We had some fun with it."

When it was pointed out that Cruz actually goes by an Anglicized nickname instead of his actual Spanish name, Rafael Edward Cruz, the Texas senator responded, "You're absolutely right. My name is Rafael Edward Cruz. I am the son of my father Rafael Cruz, an immigrant from Cuba who came to Texas with nothing."

This isn't to say that Cruz should suddenly be considered the underdog in the Texas Senate election. He is still a national figure who won 7.8 million votes and 11 states during the Republican presidential primaries, allowing him to emerge as the most popular "Anybody But Trump" alternative to the current president despite his infamous reputation among members of the Republican Party establishment. There are also many voters in the Republican Party's grassroots conservative base who adore Cruz for his ideologically committed, take-no-prisoners style of politicking... as well as for the fact that so much of the party establishment hates him.

Perhaps most importantly, though, Cruz is running as a Republican in Texas.

"Make no mistake: Cruz is still the favorite here. Texas remains a Republican state and despite what is expected to be a very good year for Democrats nationally, any credible GOPer starts with an edge over a Democrat in this state," CNN's Chris Cillizza wrote after O'Rourke's numbers were announced.

He added, "That said, O'Rourke's fundraising will allow him to build a real voter identification and turnout effort statewide as well as battle Cruz on the TV airwaves. That doesn't guarantee victory. But it almost always ensures competitiveness."