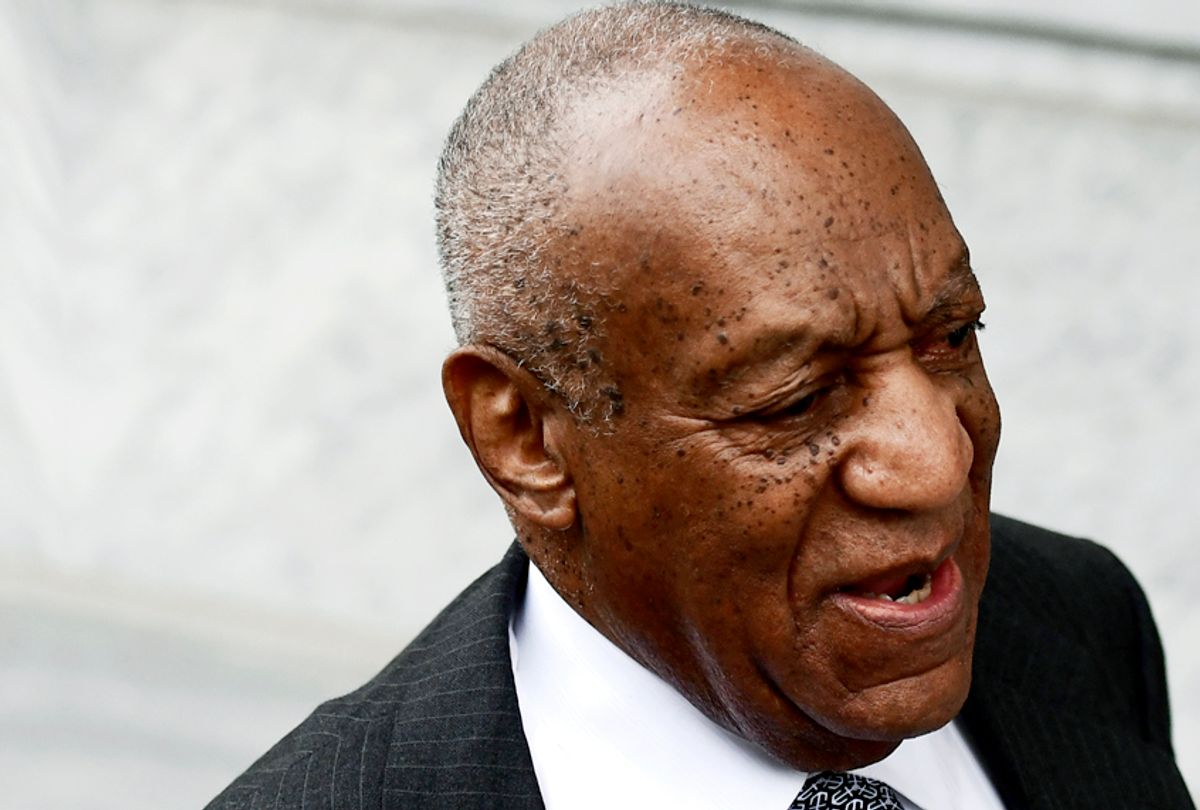 The first ruling allows Cosby's lawyers to call a witness who claims one of his accusers spoke of framing a famous person prior to reporting the alleged assault to police in 2005. In addition, Judge Steven O'Neill ruled that the defense can tell jurors the amount of the 2006 civil settlement that Cosby paid accuser Andrea Constand.

The ruling allowing Marguerite Jackson's testimony is a reversal from Cosby's first trial. The same judge previously blocked her testimony, ruling it as hearsay.

Both decisions are substantial for the defense, who is trying to depict Constand as "a greedy liar," the Associated Press reported. Constand's lawyers say Jackson's testimony isn't true. With the ruling, the judge added a caveat that he would be able to revisit it after Constand testifies.

The blows continued to pile up for the prosecution on Tuesday.

"O'Neill also hinted during a pretrial hearing last week that he could keep jurors from hearing Cosby's prior testimony in a deposition about giving quaaludes to women before sex," the AP said. "He said he won't rule on that until it's brought up at the retrial."

Cosby was originally tried last year for allegedly drugging and sexually assaulting Costand at his Philadelphia home in 2004. Cosby admitted to having sexual relations with her but called the encounter consensual, and the first trial resulted in a hung jury.

Jury selection is currently underway for the retrial this week, with seven of the 12 jurors seated so far – four men and three women. All seven say they have read reports about Cosby's case, but claim they haven't formed opinions yet and can remain fair and impartial.

Aside from new evidence, how and if #MeToo will creep into Cosby's retrial has been a topic of hot debate inside and outside of the courtroom. "With the current atmosphere, it’s going to be hard enough to get the jury to focus on the trial at hand," defense lawyer Becky James said during a pretrial hearing last month, warning of a hemorrhage from #MeToo into the court proceedings. The defense argued the same in court filings.

Montgomery County District Attorney Kevin R. Steele argued that Cosby, "after casting blame on everything but his own conduct and everyone but himself, now claims Harvey Weinstein is to blame for his continued prosecution."

Just one potential juror said they had never heard of the #MeToo movement, a rallying call that ignited in Hollywood to demand the entertainment industry address systematic sexual harassment and violence by some of the most powerful men in the business — a fraternity which Cosby once certainly belonged. It's been a movement so widespread, that notably, the person who claimed they hadn't heard of #MeToo was not invited back.

There is a chance that the social movement will have an effect on both legal teams by making some jurors more sympathetic to the idea that the mounting accusations against Cosby are a bandwagon phenomenon, but it may make others more convinced of his guilt.

In a potentially positive ruling for the prosecution, the judge will allow five additional Cosby accusers to testify, a fraction of the more than 50 women who have levied accusations against him, but four more than the one additional accuser that O'Neill allowed to testify in the first trial. The prosecution had asked for 19 accusers to be able to testify to demonstrate a similar pattern in the alleged crimes. The introduction of five additional accusers may carry weight in an era where a series of allegations have often made the difference between the presumption of guilt and the presumption of innocence.