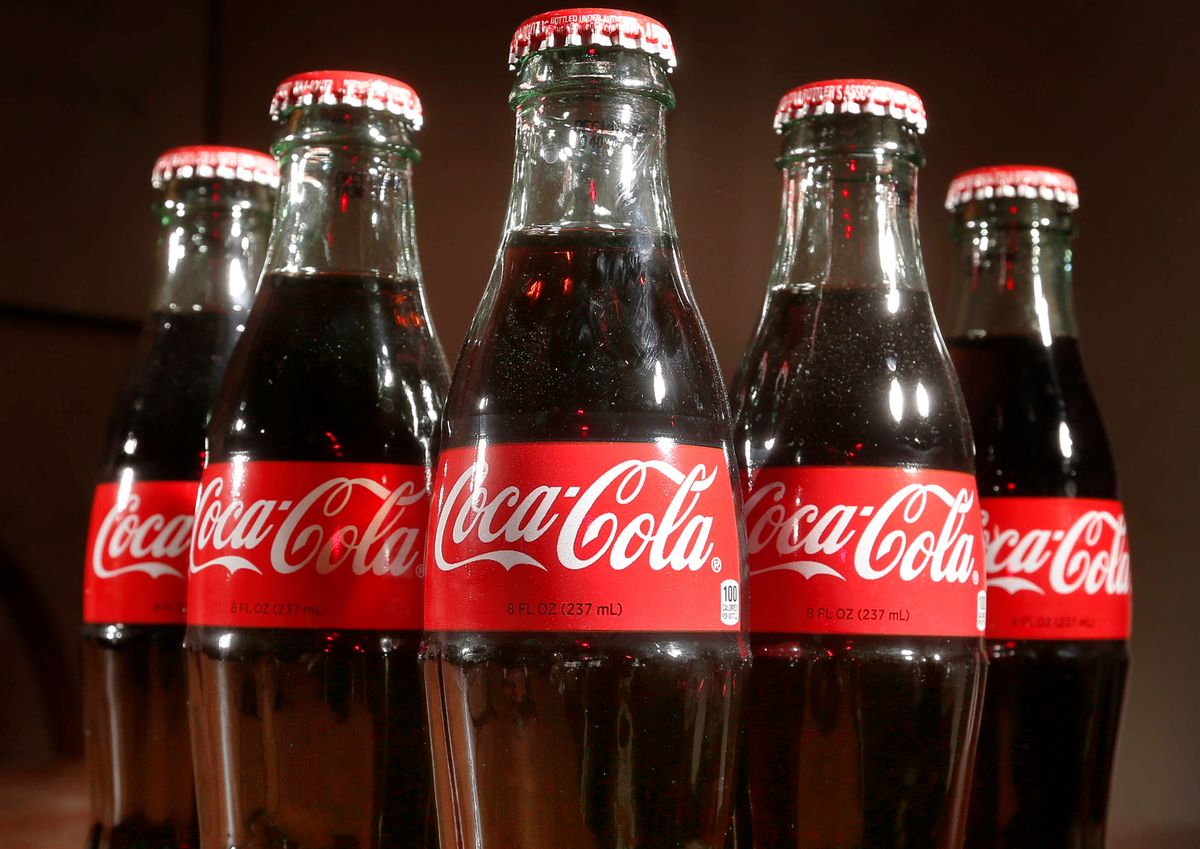 A new Coca-Cola-run shop opens roughly every eight hours in Mexico. But despite this full-scale corporate takeover of Mexico's cities, towns and diet, most people believe the severe obesity and diabetes problems here are down to local culture and individual choices. They would be wrong.

A block and a half from where I live there's an Oxxo, a corner store owned by Coca-Cola that stocks chips, biscuits, soft drinks, nachos, cigarettes, beer, bottled water and sweets. There are two more Oxxos two and four blocks to the west, and another one a few blocks to the south. With predictable stock, bill-paying facilities and open 24 hours, even the most health-conscious and anti-consumerist people go to an Oxxo a few days a week.

Oxxos have grown from 300 shops in Mexico in 1990 to nearly 16,000, and FEMSA (Coca-Cola) claims it serves 10 million people a day. Ironically, in addition to its chain of retail service stations, and its real estate division which aids the block-by-block colonization, FEMSA also has a health division which includes four pharmacy chains, acquired in 2013 and 2015. The Oxxos stock their own brands, including Heineken beer (minority owner) and Santa Clara milk. Together with the 400,000 other corner shops around the country — which also stock Coca-Cola and focus exclusively on junk food — the Oxxos are a saturation strategy that makes no-nutritious fake-food the easiest product or service to obtain.

Reinforcing that is the growth in chain restaurants at twice that of independent ones, and the massive informal workforce that buy junk food at wholesale prices and sell it outside stations, at bus stops and on buses, throughout the streets, at schools, in plazas and parks, and outside hospitals. Many of the street food vendors get supplies like cheese, mayonnaise and ground beef from Walmart's Sam's Club.

This fake-food colonization is bolstered by aggressive marketing strategies where products are packaged with pictures of colorful natural foods, though little real food is left in them, and absurdly, U.S. brands are associated with high quality. A McDonald’s burger costs around double the price of a street vendor's burger, and brands like Snickers cost double that of the local equivalent.

Though in 2014 the Mexican government banned junk food advertising during children's television shows at certain times, there is still an intense campaign aimed at getting children addicted early — on the internet, radios, and in newspapers and billboards, with mascots a common technique to develop a child's emotional connection to a food, and half of all advertising offering a gift or linking to a website where kids can play games with the personalities and products.

At the end of last year, multinationals participated in a forum called Mercakids in Mexico, where they analyzed how to better reach children. Participants included Kidzania, a company that uses games to plant brands in the minds of kids, and Bonafont, which has a line of kids' drinks that are full of sugar and artificial coloring.

The U.S. and multinationals are dumping their junk food in Mexico

This Coca-Cola and mass-junk food distribution was facilitated by NAFTA, an agreement that came into effect in 1994. It allows the U.S. to send its junk food here, while the U.S. imports tomatoes, chilies, cucumbers, limes, avocados, mangoes, and more from Mexico. In the 1990s, NAFTA meant that Mexican family farms couldn't compete with the U.S. agricultural giants, and five million Mexican farmers were displaced into the cities. It was a forced conversion of sorts, where U.S. fast food restaurants and corporations that specialize in selling cheap poison in pretty packets were given even more room to take Mexican resources and run the show. U.S. investment into Mexican food companies also escalated from US$2.3 billion before NAFTA to $10.2 billion in 2012.

Mexico also became Walmart World: from Walmart-owned and -run pharmacies and food distributors, to its smaller Aurrera supermarkets and its sprawled drab department stores, Walmart is now Mexico's largest food retailer. Its billion-dollar purchase of Cifra in 1997, under NAFTA's foreign investment guidelines, was a major part of converting Mexico's distinctive streets into mall-land and its diet into mall-diet.

The transnationals don't understand that Mexico is corn

Before the era of a bacon-wrapped hot dog and Coca-Cola for breakfast, there was corn.

“Corn is Nanj jm'e, which means mother provider,” Andres Martinez Garcia tells me. He is a Mazatec artist and art restorer who grew up in the community of San Andres Hidalgo, in Huautla de Jimenez, Oaxaca, where 82.5 percent of the population speak an indigenous language, and only 3 percent of the buildings have internet.

“Our ancestors learned to domesticate corn around 8,000-12,000 years ago. Experimenting, they found they could use its leaves and kernels to make all sorts of things and food. The process of growing and using corn taught us to organize, and corn was also the start of science, for us — observation and theories. Without corn we wouldn't have developed as we did, we wouldn't be who we are. So for us, it means history, identity, life, science, culture, and organization. It is a way of life, and a way of coordinating with the land and the gods,” Martinez said.

For many indigenous Mexicans especially, corn is like a flag. It's a “living identity.… We are no one without it,” Martinez explained.

Unfortunately, that wasn't taken into account when NAFTA was signed, nor are any transnationals concerned about what Mexico's indigenous people need, or about their land that they are taking for themselves.

“Now, our corn comes from overseas. Most of it is transgenic. That's the impact of these transnationals: you buy from them, and they give you their worst food. They don't respect the rights of life and they don't care that there's a ritual behind the corn. They just want a product that makes them more powerful, gives them money,” Martinez said.

From a diet of corn, beans and zucchini to a forced dependence on rubbish

Today, Mexicans come fourth in the world for the amount of highly processed food they eat per person, at 212 kilos per year. According to Kantar WorldPanel, Mexican families or households spent 30 percent of their expenses on junk food in 2014, with the lower and middle classes spending the highest proportion. This sort of diet is a recent change, and not part of Mexican culture, as many people assume.

“Before the Spanish invasion, the food we produced was healthy, organic and natural, and planted according to the climate, the time of year. The food system was part of a long ritual. Food wasn't about stuff that came in packets. It — and the planting and harvesting — was a structure that life was organized around. Food wasn't just something to satisfy you, it was a mental state,” Martinez said.

The Mexican indigenous food pyramid — known as the “sacred trinity” — revolved around three key foods: corn, beans and chili. Now, Martinez's indigenous community consumes soft drinks, candy and other junk food, he says, as that is what is sold there. “We used to eat healthy food like beans, herbs, corn, and meat… but now people ask for pizza and hamburgers. If you serve them a plate of beans, they throw it out.”

Even in urban areas, the food Mexicans consume isn't so much their choice or culture, but rather it is the result of the lack of variety provided by the transnationals and of exploitative work conditions. Mexicans work very long days, six to seven days a week. My neighbors, for example, sell clothes in the street from 9am to 8pm, seven days a week. These sorts of conditions make it hard to find the time to cook, and a low income means people seek high-carb and sugary foods that make them feel full and that are quick to consume and easy to buy.

People are converted to a corporate U.S. diet early. Children are going to school with just soft drink for breakfast, believing it will give them energy for the day. In one study, 59 percent of primary school kids in selected rural and indigenous communities were consuming soft drinks at least three times a day, with coffee as their next most common drink, and the traditional and more nutritious atole only coming in fourth. The coffee is usually instant Nescafe, rather than from locally grown coffee beans. Most schools sell fried food and sweets, but provide no or few healthy food options, and soft drinks have become part of the family in these communities. Coca-Cola is the preferred drink, to the point where offering a guest a Pepsi is almost insulting.

Researchers found it was the corner stores in the communities making the difference, as they have shifted from selling fruit and vegetables to junk food over the last decade, with most of these stores also covered in Coca-Cola advertising and merchandise. In schools, such advertising is prohibited, but Coca-Cola finds ways to “sponsor” sports courts, decorating them in its brand's colors, and in one example school, the unsubtle text “hydrate after exercising.”

The great profits from selling junk food to the poor

Mexico is facing a serious health crisis, with diabetes claiming 80,000 lives a year. That is largely a result of a greedy industry making money out of selling junk food to the poor. There are four transnationals in Mexico that hog 95.9 percent of the soft drink market and 89.4 percent of the sweet and salty snacks market. FEMSA (Coca-Cola) and Alsea dominate the food service industry, with Alsea managing and operating restaurants like Domino's, Starbucks, Burger King, Chili's, and the Cheesecake Factory. In 2017, Alsea's revenue was MXN 43 billion (US$2.3 billion).

These industries don't just determine what food we have access to; they are also instrumental in determining Mexico's health policies. At least half of the members of the Oment — the Mexican Observatory of Non-transmittable Diseases, which is meant to be the organization overseeing and promoting policy to combat Mexico's obesity and diabetes problems — have a connection to, or are financed by the food and drink industries.

“Capitalism has decided for us. They tell us what we're going to eat. They don't care if our food is healthy, they are invading us with their food… what they do interferes with our territory, our way of life, our way of thinking. They don't respect what we've had and done for thousands of years,” Martinez said.

The junk food invasion has contaminated Mexico's culture and identity

The consequences of an imposed junk food diet go beyond diabetes.

“These foods are… extremely tasty, sometimes almost addictive. They imitate (real) food, and they are erroneously seen as healthy… they are publicized and sold aggressively, and they are culturally, socially and economically destructive,” says the World Health Organization.

In Mexico, U.S. companies and other industry giants are displacing indigenous and Mexican culture while pretending to consume it within the U.S., and spurring racism toward Mexicans and Mexican immigrants. Even the children in the study of rural and indigenous communities were clear. They told researchers that the junk food invasion causes contamination through the media, “contaminates our land, the water, our culture, our delicious traditional food.”

It brings transnational abuse and market domination that benefits only the rich and affects the poorest people.

“Capitalists see NAFTA as a space for satisfying their desires, not their needs, and for extending their power. They don't care what indigenous people think, or about our autonomy. They don't respect our way of life, or care about where we get our water from or what we use the land for. These companies are dedicated to displacing us,” Martinez concluded.