The YouTube shooter seemed liberal, so conservatives are having a field day 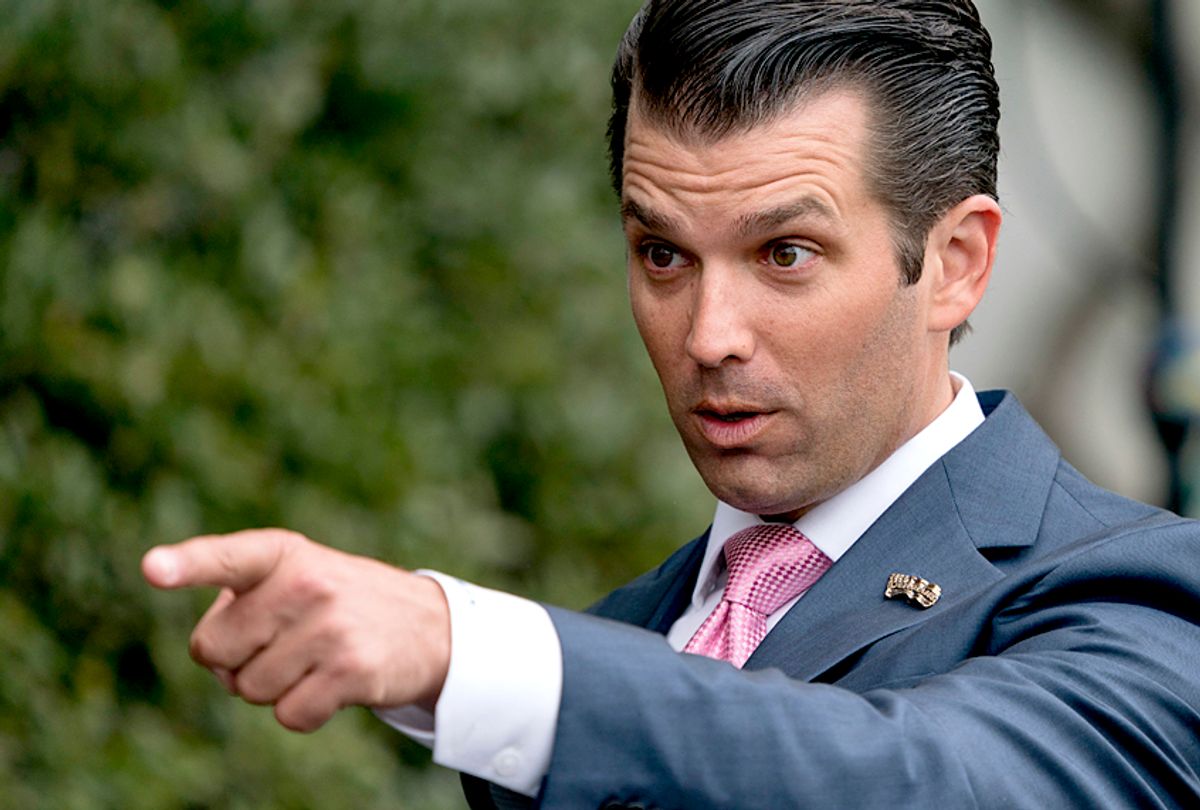 When news broke that the alleged shooter at YouTube headquarters in San Bruno, California, was a foreign woman and an avid animal rights activist, it didn't take long for the rightwing attacks on so-called liberal violence to be hurled.

To the surprise of no one, among the loudest voices was President Donald Trump's eldest son, Donald Trump Jr.

The shooting left at least three people injured and the assailant, 39-year-old Nasim Najafi Aghdam, dead from a self-inflicted gunshot wound. In the hours immediately afterwards, the younger Trump celebrated the fact that the shooter wasn't another white guy, bashing People for the Ethical Treatment of Animals (PETA) and YouTube.

He also responded to a tweet and asserted that the left would "find a way" to blame "right-wing gun nuts" for the attack.

Trump also retweeted several posts by users who shared in his partisan attacks that accused the mainstream media of ignoring the shooting.

Trump was not alone in his remarks, as GOP Rep. Dana Rohrabacher of California, baselessly asserted that the attack may have been carried out by "an illegal immigrant."

"You were going to discuss with me about sanctuary cities and the sanctuary state movement, and it fits right into what you’re talking about right now," he said on Fox Business on Tuesday night.

"Would anyone be surprised?" he asked. "Would anyone listening to you right now say, ‘Well, this certainly wouldn’t be an illegal immigrant there.’ Well, it could be! Everybody knows that could be! . . .  Sanctuary city ― my foot! We should be making sure we emphasize that any illegal in this state should be sent back whether he’s a criminal or not, but especially criminals."

Ultraconservative firebrand Ann Coulter also made a connection to immigration as a whole in her response to the incident.

Aghdam's family has since confirmed she had held a grudge against YouTube, and that in recent weeks she had expressed outrage over her videos being de-monetized, which means that advertisements would not be run on her content.

"She was angry," Aghdam's father said in an interview with to The San Jose Mercury News. Her family, from San Diego, reported she was missing to authorities on March 31. Aghdam was an avid social media user, and several videos depicted angst and discontent with YouTube.

On a March 18 Instagram post, she railed at YouTube: “All my youtube channels got filtered by youtube so my videos hardly get views and it is called “merely relegation.” This is also happening to many other channels on youtube. This is the peaceful tactic used on the internet to censor and suppress people who speak the truth and are not good for the financial, political … gains of the system and big businesses. I recently got filtered on instagram too and maybe its related to youtube and youtube staff asked instagram to filter me here too!!?”

Authorities have not determined a clear motive at the moment, but are currently investigating websites of hers, CNN reported. Aghdam did not have any sort of relationship with any of the three people she shot.