“San,” "Bruno," and “shooter” were keywords of popular topics being discussed by Russian-linked accounts on Twitter 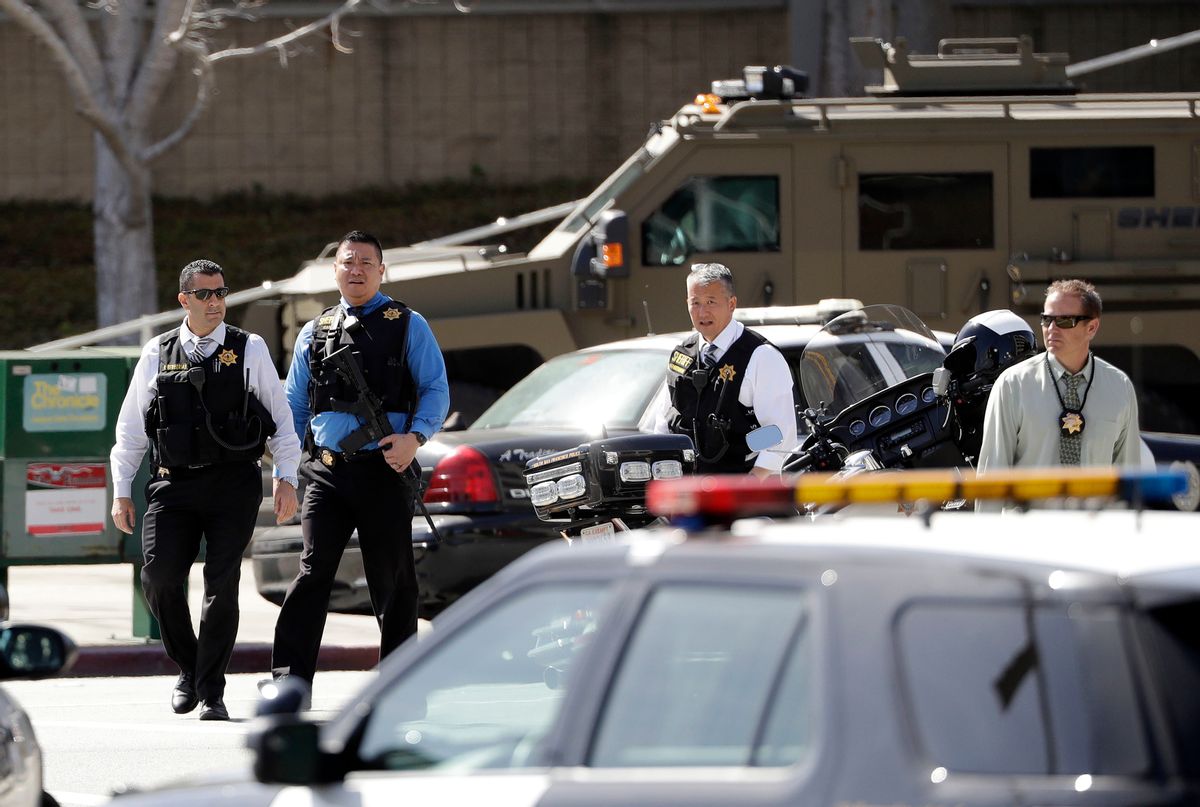 On Tuesday afternoon, Silicon Valley became another chapter in the ongoing story that is America’s gun violence epidemic. A woman, identified by police as Nasim Aghdam, 38, allegedly opened fire at YouTube’s San Bruno, California, campus while some employees were eating lunch. Aghdam shot and killed herself after the rampage, which left three people hospitalized.

San Bruno Police Chief Ed Barberini said the suspect was found at the scene. And a spokesperson for Zuckerberg San Francisco General Hospital said that it had received the three unidentified victims: a 36-year-old man, a 32-year-old woman and a 27-year-old woman.

As they do during these all-too-frequently recurring tragedies, many witnesses took to Twitter to share what was happening in real-time.

Todd Sherman, a product manager at Youtube, tweeted that he was in a meeting when he first heard people running. “It was rumbling on the floor,” he wrote on Twitter. “First thought was earthquake.”

Sherman went on to explain that he initially thought he was in a drill as he headed toward the exit and was notified there was an active shooter.

“I looked down and saw blood drips on the floor and stairs. Peaked around for threats, and then we headed downstairs and out the front,” Sherman continued to explain.

Vadim Lavrusik, who also works at YouTube, tweeted about how he was barricaded inside a room with his coworkers. His account was later hacked.

Live social media updates during a mass shooting are a regular occurrence these days. As we saw when an active shooter had opened fire at Marjory Stoneman Douglas High School in Parkland, Fla., students and their real-time notifications were able to subvert the news cycle.

As was later observed, however, Russian-linked trolls-and far-right conservatives also attempted to spread false information. Hamilton 68, a tool created by the Alliance for Securing Democracy, indeed showed that “San,” "Bruno," and “shooter” were keywords of popular topics being discussed by accounts related to Russian-linked campaigns as of late Tuesday evening.

This time, since social media users are perhaps more vigilant than ever, the misinformation was seemingly more evident, too. Some have tried to spread the rumor that the alleged female shooter was wearing a headscarf. The anti-Muslim site Jihad Watch even published an article about it.

Others tried to spread a rumor that the shooter was Sam Hyde, a common hoax that has trailed national shootings previously. And, of course, the recurring far-right conspiracy theory of "crisis actors" found its way into the rhetoric, too.

BuzzFeed reporter Jane Lytvynenko entered the conversation by publicly debunking the ongoing hoaxes on Twitter, and questioning what protocols the platform has in place to monitor such activity.

It’s unclear when exactly Jack Dorsey chimed in, but he did take a moment to acknowledge that Twitter was aware that misinformation was spreading, and noted that it was “tracking, learning and taking action.”

Trying to sort through the information about a mass shooting on social media is exhausting– mostly because it’s tiring having to weed out these false claims. In such a politically-charged environment, one might wonder what news value social media holds following a national crisis anymore. For the Parkland teens, it gave us an insight into their terror – something many Americans hoped would push policymakers to impose stricter gun control laws. This time around, one thing is for sure: It appears to be perpetuating more divisiveness and lies.