How much does Roger Stone really know? 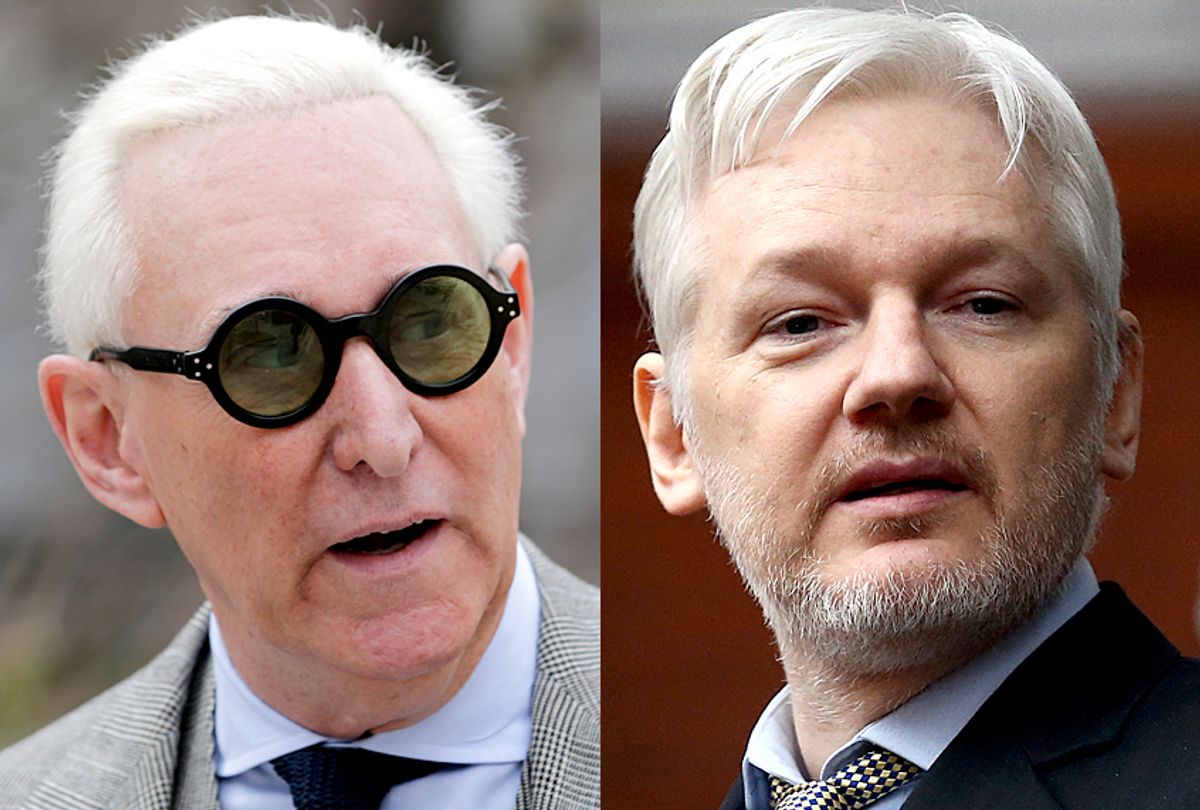 On the same day Roger Stone, a longtime cunning political operative and informal adviser to President Donald Trump, claimed he met with Wikileaks founder Julian Assange, he also sent an email in which he warned of "devastating" forthcoming information about the Clinton Foundation.

Stone sent the email to Trump campaign adviser Sam Nunberg, who recently melted down on public television and initially refused to obey a grand jury subpoena served by special counsel Robert Mueller, who is investigating the Trump campaign's alleged ties to the Russian government. The subpoena ordered Nunberg to turn over all email communications with Stone and others dating back to 2015.

A source familiar with the Aug. 4, 2016, email sent to Nunberg told CNN that Stone claimed he ate dinner with Assange. The existence of the email was first reported earlier this week by the Wall Street Journal, and that Mueller was probing the exchange.

Despite several boasts of communication with Assange in the past, Stone has since repeatedly denied any contact with him. He provided "the Journal with screenshots showing a booking for a person named 'Roger' on a Delta Air Lines flight departing Los Angeles for Miami on Aug. 3, 2016, at 9:30 p.m." That account would put him far from Ecuador's embassy in London, where Assange has sought asylum for years.

But on the Aug. 4 Infowars broadcast, Stone warned Alex Jones that Assange might have proof of wrongdoing by the Clinton Foundation. The first batch of emails from the Democratic National Committee were published by Wikileaks on July 22, 2016. The second batch was published on November 6, 2016. Wikileaks also first published thousands of emails of John Podesta, the former chairman of Hillary Clinton's presidential campaign, on October 7, and subsequent installments of emails throughout the entire month.

"The Clinton campaign narrative that the Russians favor Donald Trump and the Russians are leaking this information, this is inoculation because as you said earlier, they know what is coming and it is devastating," Stone said in the interview. "Let's remember that their defense to all the Clinton Foundation scandals is not that 'we didn't do,' but 'you have no proof, yes but you have no proof.'"

He added, "I think Julian Assange has that proof and I think he is going to furnish it for the American people."

However, Stone once again denied communication with Assange and cited his trip from Los Angeles to Miami.

"Airline and credit card records establish that I flew on Jet Blue from NY to LA on August 1 and returned from LA to Miami on August 3. Credit card records show I stayed at the London hotel in West Hollywood on August 1st and 2nd," Stone wrote in an email to CNN. "My passport shows I never left the country in 2016- never mind traveling to London. Even I have not perfected the ability to be two places at once."

Of course, it's not clear what Stone exactly knew, or when he knew it — or if he even knew anything about forthcoming documents from Wikileaks — but there have been previous instances where he certainly acted like it.