Ohio's GOP governor has talked a lot about Justin Bieber and Logan Paul lately. Is that enough to beat Trump? 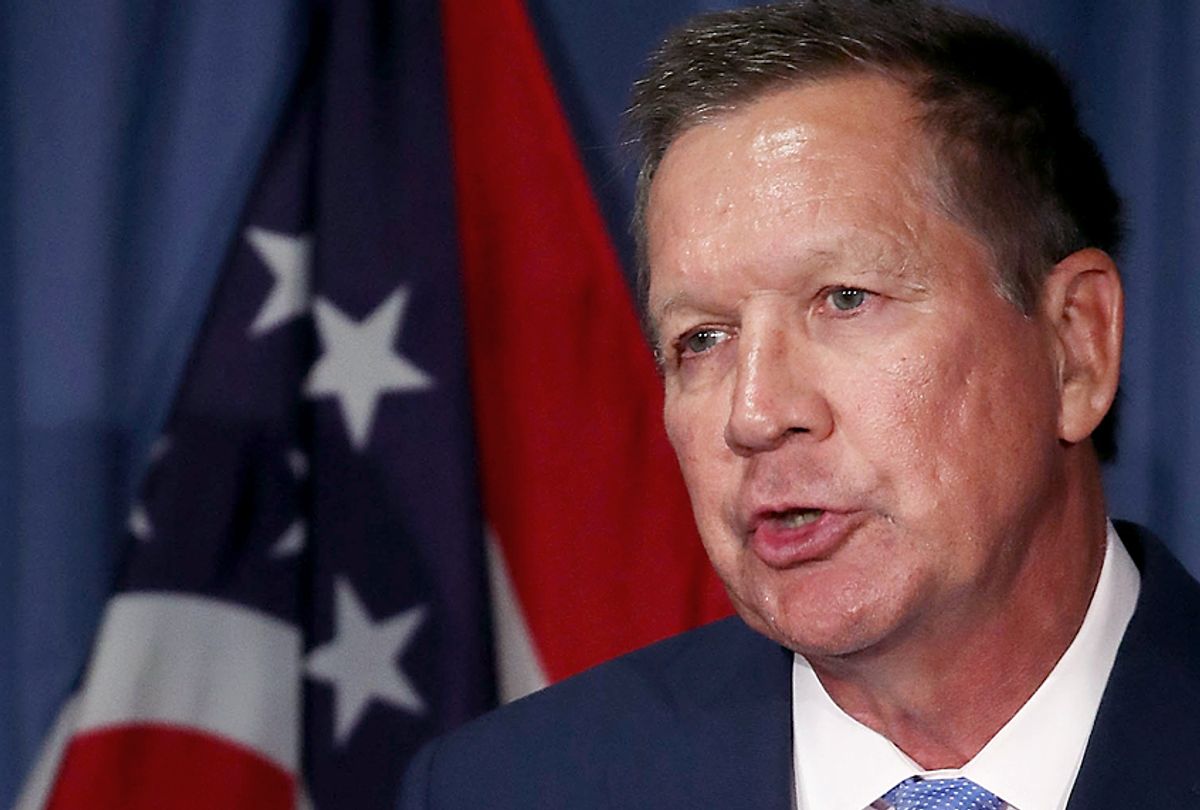 John Kasich looks to be eying another presidential run. Rather than playing the role of the responsible dad of the Republican party, like he did during his failed 2016 run, it appears as if Kasich is trying a different strategy: cozying up to millennials.

Kasich is once again positioning himself as the cool, moderate Republican, this time vying directly for the millennial vote. In an interview with BuzzFeed, the incumbent Ohio Governor and failed GOP presidential candidate, revealed his fondness of the cohort of adults born between 1981 and 1996, raising speculation that he’s hoping to win the next presidential election with the help of millennials.

“You know, age is actually a number, and it’s a state of mind,” Kasich told BuzzFeed during his visit to New Hampshire. “Because I happen to like popular music, people think, Well, that’s because of your daughters. That’s not true. The reason why I do certain things is I have a young mind, and my mind is always working and finding new things to talk about and think about and explore, and that’s how you stay young. I admire the young people because I feel they’re idealists, and I’m an idealist.”

He even went on to throw a small diss at his fellow baby boomers — calling them “cynical,” and praising millennials for their infamous optimism.

“It seems as though we’ve all become so cynical now,” he said. “Nobody does anything because it might be the right thing to do. If you help a woman get across the street, it must be you want something. That’s a dangerous place to be. The millennials, I don’t believe, are cynical. We are cynical. Grown-ups. Older people. Cynical. Bad.”

Any smart politician will try and reach millennials in the 2020 presidential election, a generation that’s predicted to surpass baby boomers in population by 2019. Millennial voter turnout for the 2016 presidential election was higher than previous years, but still relatively low, which leaves room for more millennials to show up to the polls this year. As a Pew Research survey explained, millennials are also on their way to hold more sway in the electorate. According to a separate analysis, 58 percent of millennials identify with the democratic party, or lean towards it; 34 percent lean right or Republican.

“I think I’m increasingly viewed now as not just a Republican but as something different, kind of a hybrid,” he told the New York Times recently.

If anything, this confusion underscores Kasich’s fear of leaving the Republican party — and that’s the last thing a majority of millennials want. If Kasich’s team had done any diligent research on this generation, they’d know how important transparency and authenticity are to millennials. Thus, any attempt to pretend to be something that’s he not is unlikely to win Kasich points with twenty and thirty-somethings. Plus, it doesn’t help when he appears to be unsure how to identify himself.

As BuzzFeed pointed out, Kasich has talked a lot about Justin Bieber, social media and YouTube star Logan Paul lately. But if Kasich thinks that’s all millennials care about (which news flash: those aren’t even prime topics of interest) he’d be bound to have a short run.

As the sitting Ohio governor, Kasich’s positions and previous moves haven’t exactly aligned with millennials' social views either. Case in point: Kasich signed into law one of the strictest restrictions on abortion access in the nation. The former president of Planned Parenthood, Cecile Richards, once said that a Kasich presidency would be “a complete and utter disaster.”

“He’s signed 17 separate bills to restrict reproductive access in the state,” Richards said. “It’s really rivaling Texas as the worst place for women to get access to healthcare and so we’ve got a lot of work to do to make sure folks know about his record and where he really stands.”

But Kasich is focusing on stricter gun control laws as part of his pre-presidential candidacy promo tour.

“Has this stuff that’s been happening all over the country — whether it’s Las Vegas, whether it’s Parkland, has it influenced me? Hell yes, it has,” Kasich told BuzzFeed, adding that he “cannot believe” how some adults have attacked the Parkland teens who advocated for increased gun control.

Millennials don’t want a candidate who tries to understand their generation, they want someone who actually does. Perhaps that’s why many millennials grew fond of Sen. Bernie Sanders, I-Vt., in the 2016 election. Sanders' outspokenness on reducing corporate profits resonated with a generation that has more people living in poverty than the baby boomers did at their age in the 1980s. His support for healthcare for all struck a chord with a generation who can’t always afford healthcare.

If Kasich wants to connect with millennials, he should just try following Sanders' lead and stop trying so hard.