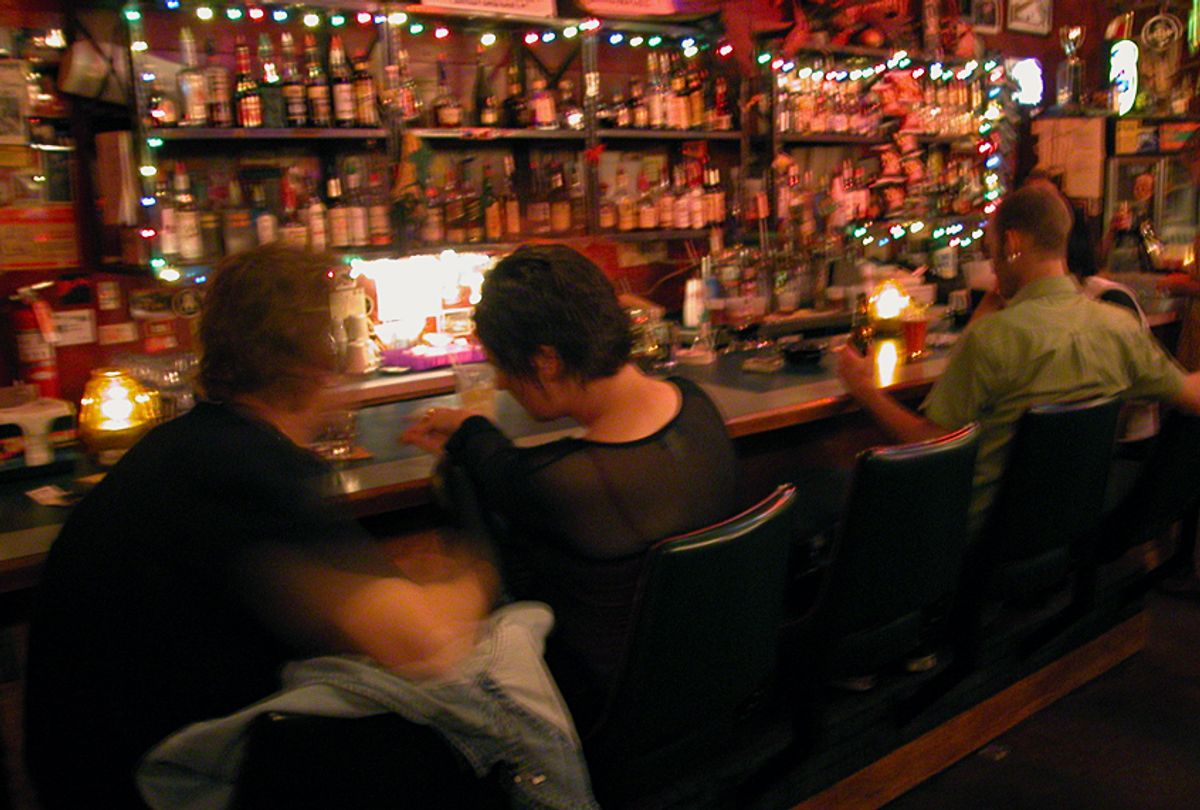 Although one of the smallest states in the U.S. in terms of population, Alaska has one of the highest alcohol-induced mortality rates in the country. Nationally, alcohol induced deaths occur at a rate of 8.5 percent per 100,000 residents; in Alaska, that statistic nearly triples to 22.7 percent.

At The Homestead Lounge in Eagle River, bar manager Dan Graeber took matters into his own hands and started offering a free shuttle from the bar to any home in the Eagle River area.

“When I first had the idea, there was no cab service out here,” Graeber explained. “So it was a big issue; if someone needed a ride home they’d have to call one from Anchorage and it was too expensive.”

Graeber originally contracted the shuttle out to a man running a business called the Eagle River Shuttle. Later, he purchased his own pair of shuttles for the bar to keep on site. “I’ve had my shuttles now almost four years, so I’ve been [running a shuttle bus] for almost seven years,” Graeber said.

The Homestead is one of two bars in Eagle River, but the busiest on the weekends. The shuttle runs full-time Thursday through Saturday, and as needed during the rest of the week. In general, if someone asks, Graeber will make sure they get home.

“Everybody needs to be a little more responsible. It’s the only thing I can do from my end that’s easy,” he said.

When he first moved to Alaska from Wyoming, Graeber worked at the now defunct Pines Club, a bar he described as “rough and tumble.” But The Homestead is different, Graeber said. “People here are easy. I have my little share of problems. I’ve got girls and boys and whiskey, so you’re gonna have a problem sooner or later, but not very much.”

When it comes to the cost of running a free shuttle, Graeber said purchasing the used buses was the cheap part. “Keeping them up and the gas, it costs you a pretty good penny by the time the year's over, and it’s becoming more popular even more over time,” he said.

Graeber, who’s been running bars for 50 years, says the main difference now is the amount of rules and regulations there are to follow. “It’s tougher. When I first moved up here you’d go downtown and everybody was six-packin’ you; they’d serve you if you could hold your head up above that bar,” he recounted. “Those days are over. You just have to be more responsible about being in the business. And if you’re not gonna be, then you’re not gonna last.”

In the state of Alaska the average cost of a person’s first DUI is $24,265. It’s not just the bar that loses out on a customer, Graeber said, but a customer who ruins their life with one bad decision. “God forbid you hurt somebody or somebody gets hurt,” he said. “That’s the worst case scenario.”