Trump's immigration rhetoric may be hurting the GOP ahead of midterms: report

Even Frank Luntz thinks Republicans are in trouble 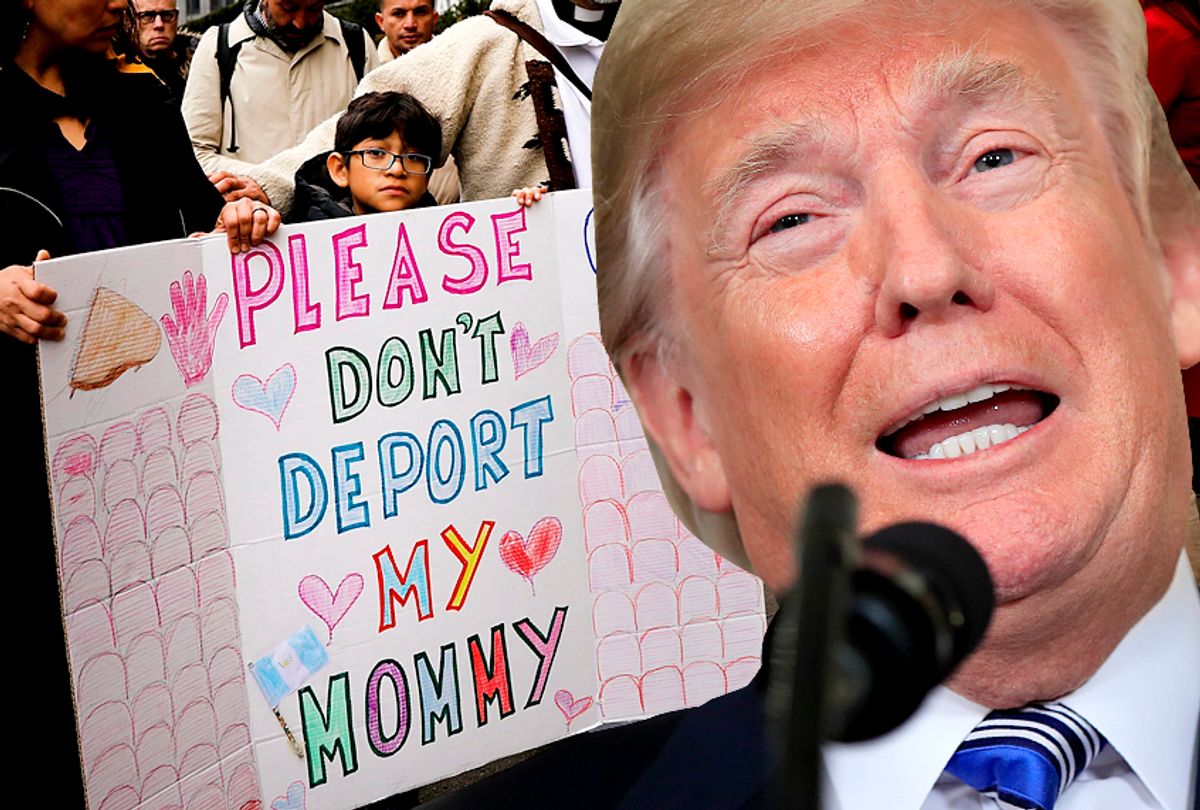 As lawmakers return to Capitol Hill on Monday after a spring break recess, the GOP is looking to get on the same page as President Donald Trump as the 2018 midterm elections loom.

Conservative legislators have hoped to ride the coattails of their two prominent legislative achievements since obtaining a majority control of the government: tax reform and the massive $1.3 trillion spending bill.

The only potential obstacle is the party's very own leader — Trump.

The president has groaned about the omnibus spending package, which he unenthusiastically signed last month, and has publicly attacked Congress over it. He has complained that the bill "spent too much money on Democratic priorities and not enough on his, including the border wall," according to The New York Times.

And, as Congress is set to return, lawmakers are "scrambling to compile a to-do list that will satisfy a president they desperately need to be promoting their achievements, not undermining them, as they prepare to hit the campaign trail," the Times reported.

Instead, Trump has become fixated on immigration and his border wall, something that Republicans -- "particularly in swing districts or with sizable minority populations," who are looking to be reelected in just a few months -- are trying to distance themselves from. Those GOP lawmakers "have shown little interest in the kind of beefed-up border security the administration has proposed to turn back unaccompanied minors and clamp down on asylum seekers," the Times noted.

But once again Trump has proven that all things must revolve around his priorities, even if those priorities aren't what the GOP is in need of, ahead of a contentious midterm cycle with an anticipated high Democratic turn out.

Heye continued, "We know that Donald Trump didn't come here for glide path or status quo. He came to shake things up."

Heye made a crucial point, which essentially boils down to the fact that Trump isn't in Washington for anyone else. His agenda reigns supreme, which is why he has railed on immigration and sought to make it a campaign issue, regardless of some of his party member's wishes. "The tough talk may push voters to the polls for Republicans in the more conservative districts who are already likely to have a good chance at re-election," the Times noted. "But more than anything, strategists said, it helps secure Trump's supporters for Trump."

Even conservative pollsters have noticed the trend and have warned of the possibility that Democrats could flip both chambers of Congress in 2018. "If the election were held today, frankly, I think Republicans would lose both," conservative pollster Frank Luntz said Sunday on Fox News.

Luntz insisted that Trump's focus should be set on taxes and the economy, and that his tweets are often "causing so much of the trouble."